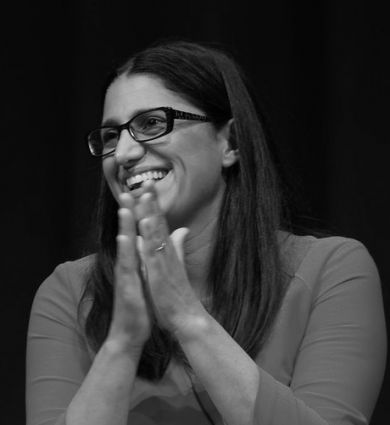 We stand on the shoulders of giants, on those that came before."

Without Dr. Mona Hanna-Attisha (BS '98, MPH), the authorities might still be denying there was ever a problem with Flint’s water. After the city’s water supply was switched to the Flint River, residents’ desperate pleas that something was wrong with their water were ignored. Even after Dr. Marc Edwards of Virginia Tech proved that Flint had elevated levels of lead in its water, the authorities still did not act. Dr. Mona Hanna-Attisha’s research provided the crucial evidence that the water was actually increasing blood lead levels in Flint’s children. In her book, What The Eyes Don’t See: A Story of Crisis, Resistance, and Hope in an American City, she tells the story of why she decided to risk her reputation and career in service to her patients.

SEAS Media Fellow Leana Hosea spoke with "Dr. Mona," as she likes to be called.

Hosea: Can you tell me the meaning of the title of your book?

Hanna-Attisha: Very literally, your eyes do not see lead in water. It’s invisible. It’s odorless and tasteless. You don’t see the consequences of lead exposure for years. I never thought that water could be a source of exposure, so I missed many diagnoses because my eyes never saw what my mind never knew.

Hosea: What kind of obstacles did you face from the authorities?

Hanna-Attisha: I consider myself the last domino in the story. When I presented the data that children were being poisoned from this water crisis, I was attacked. The State said some ‘wonderful’ things about me: that I was causing hysteria—which is awesome because it’s sexist too; that their numbers weren’t consistent with my numbers. So it was that machine of deny, dismiss, do not investigate.

Hosea: Is there a particular person who really touched you?

Hanna-Attisha: In my book I talk about two sisters who I cared for before I knew there was a crisis, when I was encouraging them to drink the water.

Hosea: How are they doing now?

Hanna-Attisha: They’re doing good.  It takes long-term continuity of care. I suddenly went from holding one tiny hand at a time, to holding the hands of an entire city of kids. So we have put into place things that aren’t being done anywhere in the country right now. We have two brand new child care centers. We have near universal preschool and Medicaid expansion. Lead is an irreversible neurotoxin, but you can do other things that promote children’s development.

Dr. Mona Hanna-Attisha was the featured speaker on September 12, 2018, as the second in a two-part event on environmental justice presented by SEAS. Her book, What the Eyes Don't See, was named by The New York Times as one of the 100 most notable books of the year.