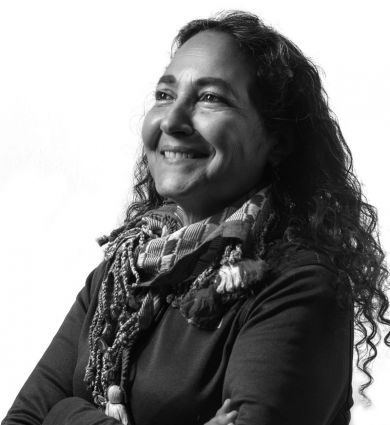 There is an opportunity now to transform the energy and agricultural systems in Puerto Rico, and we are ready to contribute to that transformation.

In September 2017, Puerto Rico suffered a one-two punch from hurricanes Irma and Maria, leaving much of the island’s coffee, plantain, and citrus crops decimated—and causing an estimated $2 billion in damages to the local agriculture. A team of researchers from the University of Michigan, led by Ivette Perfecto, a professor at U-M’s School for Environment and Sustainability (SEAS), hope that farmers will benefit from a project to enhance the resilience and sustainability of the agricultural sector.

"The researchers came with this idea that Puerto Rico not only has an abundance of sun, wind, and water, but also of biomass that some call waste," Massol-Deya recalled. "The researchers said, ‘that’s not waste, that’s fuel."

Perfecto explained that the team’s project would use a gasifier to turn coffee husks, clippings, and other agricultural waste into fuel that will power hybrid microgrids. The byproduct of the process, called biochar, can them be used to improve soil quality.

"The effect of the hurricane opened people’s eyes regarding the vulnerability of an outdated energy system, the dependency on fossil fuels, and the dependency on imported food," Perfecto said. "There is an opportunity now to transform the energy and agricultural systems on the island into sustainable systems based on renewable energy and agroecology. And we are ready to contribute to that transformation."

A group of eight U-M graduate students got involved, initially building a gasifier in Ann Arbor’s Matthaei Botanical Gardens before traveling Puerto Rico in the summer of 2018 to set up shop at the Universidad de Puerto Rico Utuado (UPRU). There, they built a basic gasifier as proof of concept, with the idea that, in the future, local workers would build them, creating a small industry in the region.

"The idea was to create this kind of rough gasifier that wouldn’t take too much time or too much effort to put together with materials that could hopefully be easily found here in Puerto Rico," said Michelle Farhat, a SEAS dual-degree master’s student in engineering sustainable systems.

One of Perfecto’s colleagues on the research team is José Alfaro, assistant professor of practice at SEAS and co-founder and faculty advisor of the U-M student organization Sustainability Without Borders. Alfaro said he understood the sense of urgency of those living on the island, where when a tree fell in March, 840,000 consumers were left without power.

"In general, sustainable energy is an important thing, but there is a specific reason for Puerto Rico that’s even more pressing," Alfaro said. "By having this type of renewable energy and by having microgrids at the point of consumption, you’re able to create a system that is less likely to be completely out or have a total failure like we saw after Maria."

Perfecto said that the team envisions long-term impacts on the island’s energy and agricultural landscape through the project, which received seed funding from SEAS and was recently awarded a grant from U-M’s Graham Sustainability Institute.

At the University of Michigan School for Environment and Sustainability, we partner with communities to tackle real-world problems through research and hands-on fieldwork.