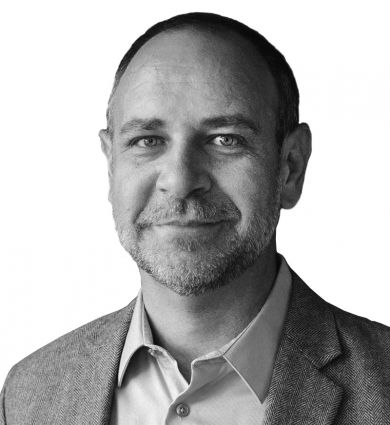 “It's climate action that is accessible to everyone, because we all decide on a daily basis what we eat.”

On any given day, 20 percent of Americans account for nearly half of U.S. diet-related greenhouse gas emissions, and high levels of beef consumption are largely responsible.

A study by Dr. Martin Heller, researcher at the Center for Sustainable Systems in SEAS, and co-researchers at the University of Michigan and Tulane University found that the 20 percent of U.S. diets with the highest carbon footprint accounted for 46 percent of total diet-related greenhouse emissions.

The study estimated the greenhouse gas emissions associated with food production only. The additional emissions related to the processing, packaging, distribution, refrigeration and cooking of those foods would likely increase total emissions by 30 percent or more, Heller said.

The highest-impact eaters were responsible for about eight times more emissions than the lowest impact group. And beef consumption accounted for 72 percent of the emissions difference between the highest and lowest groups, according to the study.

In general, animal-based foods are responsible for more greenhouse gas emissions per pound than plant-based foods. The production of both beef cattle and dairy cows is tied to especially high emissions levels.

For starters, cows don’t efficiently convert plant-based feed into muscle or milk, so they must eat lots of feed. Growing that feed often involves the use of fertilizers and other substances manufactured through energy-intensive processes. And then there’s the fuel used by farm equipment.

In addition, cows burp lots of methane, and their manure also releases this potent greenhouse gas.

If Americans in the highest-impact group shifted their diets to align with the U.S. average—by consuming fewer overall calories and relying less on meat—the one-day greenhouse-gas emissions reduction would be equivalent to eliminating 661 million passenger-vehicle miles, according to the researchers.

That hypothetical diet shift, if implemented every day of the year and accompanied by equivalent shifts in domestic food production, would achieve nearly 10 percent of the emissions reductions needed for the United States to meet its targets under the Paris climate accord, the authors wrote.

“A big take home message for me is the fact that high-impact diets are such a large part of the overall contribution to food-related greenhouse gases. Reducing the impact of our diets—by eating fewer calories and less animal-based foods—could achieve significant reductions in greenhouse gas emissions in the United States. It’s climate action that is accessible to everyone, because we all decide on a daily basis what we eat,” Heller said.