The Rocks and Stones Themselves 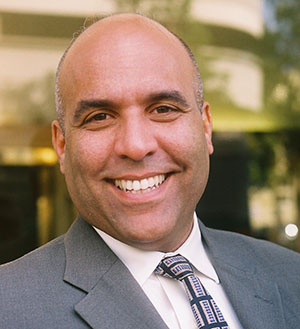 The crusade for environmental justice was forged in the crucible that forms at the bottom of the barrel.

Bunyan Bryant and Paul Mohai were teaching at Ann Arbor, and we were all in the waning years of Ronald Reagan and Bush-the-thousand-daggers-of-light. We were a decade into the second Reconstruction that people of color in the United States have had to endure—the second bright lie of justice turned false and sour. By 1976, the legal trappings of civil rights had already started to fall. By 1990, we were too busy dodging bullets, crack vials, and the police, to claim our newfound freedom.

But somewhere near Harlem, there was a church with a Commission for Racial Justice, and there Charles Lee and Ben Chavis, an research assistant called Vernice Miller, and a few others struck a spark for justice that may one day burn for all humankind. That spark was fanned by academics at Michigan and a crew of activists and scholars they united a couple of years later.

Until 1987, the fight for racial and economic justice had been a story of oppressive institutions and personal prejudice. Civil rights had become a narrow competition for resources among groups—the right to take a fair firefighter’s exam, to get into medical school, to be charged the same rent as everyone else. We had moved from Martin Luther King’s sublime dream of brotherhood on the Red Hills of Georgia to sibling rivalry over scraps on a table in a courtroom.

At a time when the crowds were silenced, “Toxic Wastes and Race” said that the rocks and stones themselves could sing of justice and of injustice. That even when “the man” wasn’t troubling our doorstep, the rough tumble of racism could as soon come at us on the air we breathe, the water we drink, and the land we stand on.

When we can hear the earth’s cry for justice, how much more carefully do we hear our own! The deep and clear teaching of environmental justice in that time as today is that these cries are one and the same. When you see a river that is polluted, you see a community that is oppressed. When you see young people incarcerated, you find their parks and yards contaminated. When the people are brown, all too often, so is the air. In short, environmental justice reminds us, in language for our times, that an injustice anywhere is an injustice everywhere, an injustice to anything is an injustice to every thing, and every being.

“Toxic Wastes and Race” and “Race and the Incidence of Environmental Hazards” helped prepare us for the times of war and economic hardship that we face today. Environmental justice made it clear that from the oil beneath the Middle East to the grape orchards of Northern California, mastery over nature is inextricably tied to mastery over people. The environmental justice movement showed once and for all that justice means not fragmentation but connection, not individualism but community, not smokestacks but ecosystems.

These insights are the foundation for a road to peace, justice, and planetary prosperity. Two words, together, tell the story of our survival and of our deepest contentment: environmental justice. If we can achieve environmental justice, if we can live right with the earth and with each other, then we will have achieved the dreams of so many before us and made possible for those of so many who come after.

The Michigan Conference, “Toxic Wastes and Race” and the movement they have sparked make the solution so plain: justice will not be reduced to a courtroom and a written proof. Rather, it will be prosecuted in the air and on the ground, for people and for the earth, and, as has been true since long before 1987, environmental justice will set us free.

Michel Gelobter is the Director of the Sustainability and Innovation practices at infoedge, a management consulting firm operating at the intersection of big data and strategy. He was on leave until recently as the interim CEO of Hack the Hood, one of the country’s leading organizations diversifying the tech industry. He has held senior positions in advocacy, government, academia, and business, with an ongoing substantive focus on innovation, climate change, energy, and social justice. As a businessman, he founded the first consumer-facing climate software company, Cooler, and was a founder or senior leader in two other cleantech startups. As an advocate, Michel co-founded a number of environmental justice, water, and oceans organizations and led Redefining Progress from 2001 through 2006, where he worked to originate and design the world’s most aggressive climate legislation (California's Global Warming Solutions Act).

As an academic Michel was the founding director of the Program on Environmental Policy at Columbia University's School of International and Public Affairs. Prior to that, his government service included a stint as a Congressional Black Caucus Fellow, staff at the U.S. House of Representatives Energy and Commerce Committee and serving as Assistant Commissioner for the New York City's $2 billion-a-year water utility and environmental agency.

Michel earned his MS & Ph.D. at UC Berkeley’s Energy & Resources Group, where he wrote the first dissertation (1993) and taught the first classes ever (1987) on environmental justice. He presently serves as a Board member of CERES, the California Clean Energy Fund, and the African-American Advisory Committee of the Spence-Chapin Adoption Agency. He is co-founder the Green Leadership Trust, a coalition of the board members of color of the US's largest environmental NGOs.