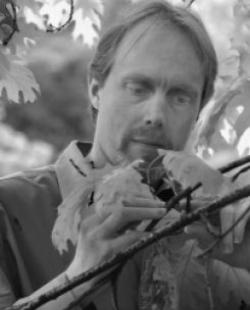 Professor Hunter is the Earl E. Werner Distinguished University Professor of Ecology and Evolutionary Biology at the University of Michigan.  He received his bachelor’s degree in 1984 and his doctorate in 1988, both from the University of Oxford in England.  After serving as a NATO International Fellow and an NSERC International Fellow, he joined the faculty of the University of Georgia in 1995.  While at UGA, he served as Professor in the Institute of Ecology and as founding Director of the Center for Biodiversity and Ecosystem Processes.  He joined the University of Michigan in January 2006.  His research interests include plant-animal interactions, ecosystem ecology, biodiversity, and population dynamics. His research links population processes with ecosystem processes in terrestrial environments and explores the mitigation of global environmental change. Professor Hunter has published over 140 research articles and written or edited six books.  He is the recipient of both a CAREER Award and an OPUS award from the National Science Foundation, and in 2014 was elected a Fellow of the Ecological Society of America. From 2007 to 2012, he served as the first Director of the award-winning Frontiers Master’s Program in Ecology and Evolutionary Biology, which fosters graduate student diversity at the University of Michigan.  Media coverage of his research includes The BBC, CNN, CBC, The Times, The Business Standard, The LA Times, Science Podcast, Nature World News, The National Geographic, and National Public Radio/Public Radio International.

NSF Project. “Immunity in an ecological context: the intersection of host physiology, medicinal food plants, and microbiomes in a natural butterfly-parasite system.” We study how monarch butterflies use medicinal plants to protect themselves from protozoan parasites.