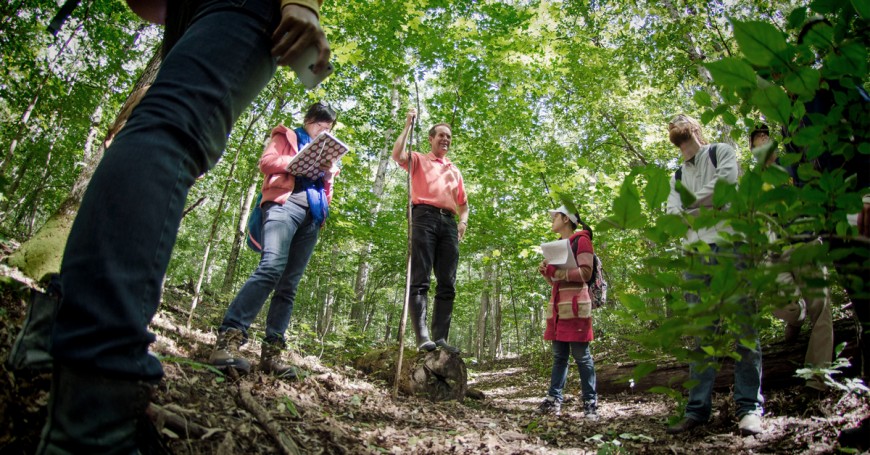 SEAS has received approval from the Rackham Executive Board to establish a new degree specialization focused on sustainability and development. The Sustainability and Development (SusDev) specialization will help students understand, analyze, and address humanity’s greatest challenges, including poverty, hunger, climate change, conservation, access to clean water, biodiversity loss, and inequality. With a special focus on understanding the United Nations’ 17 Sustainable Development Goals, which increasing numbers of global organizations and governments have adopted, SusDev aims to meet the rapidly growing need for trained professionals and researchers who can help solve sustainability and development problems on a local, national, and global scale. READ MORE

Acknowledging that the environmental movement has roots in racist ideologies and practices, as well as the need for reform, SEAS has announced the creation of an Equity and Justice Initiative. The goal of this important new initiative is to foster a culture at SEAS, U-M, and within society that advances equal rights for all and recognizes the intersectionality between issues of race, identity, gender, socioeconomic status, religion, and background. READ MORE

The Great Lakes support more than 1.3 million jobs that generate $82 billion in wages annually, according to a new analysis of 2018 economic data by Michigan Sea Grant. The study analyzed the status and trends for all employment sectors between 2009 and 2018 across the 83 coastal counties in the eight states along the Great Lakes’ border—Illinois, Indiana, Michigan, Minnesota, New York, Ohio, Pennsylvania, and Wisconsin. Employment data includes industries that rely upon the Great Lakes for key inputs such as water or fish; for economic viability, such as transportation; or for their influence, such as by attracting visitors or providing climate moderation. READ MORE

U-M won a zero-waste award last spring in the national RecycleMania competition. U-M placed first in the large-campus division for zero waste, a new category designed to help schools test their zero-waste efforts and compare their results to other campuses. The Dana Building was among five “high-achieving” U-M buildings whose zero-waste efforts were tracked during the competition. READ MORE

Dr. Donald R. Zak, one of the nation’s foremost ecologists and a leader in the study of soil microbial communities, has been named a Distinguished University Professor, one of U-M’s highest honors. “It's really very special, and I’m humbled by it,” says Zak, whose appointment as the Alexander H. Smith Distinguished University Professor of Ecology took effect September 1. “The only way it’s possible is with the support of outstanding students and great colleagues.” READ MORE

After a distinguished 34-year career at the University of Michigan, Robert (Bob) Grese, professor of landscape architecture and director of Matthaei Botanical Gardens and Nichols Arboretum, retired in June 2020. Grese, who joined the SEAS (then the School for Natural Resources) faculty in 1986, has taught well over a thousand students in courses emphasizing ecological design and landscape analysis, participatory design, ecological restoration, planting design, and design history and theory. Former students are found in leadership positions at professional firms, in government agencies, and academia across the U.S. and around the world. READ MORE

SEAS students in last semester’s Choice Architecture for Sustainability class created a how-to guide for the use of choice architecture to promote sustainability on college campuses. Choice architecture, or nudging, is a way of framing a decision-maker’s environment to help them make decisions that better align with the decision that their deep-thinking system would choose. The report, “How to Effectively Nudge for Sustainable Behaviors on College Campuses,” was authored by Tony Gardella, Julie Hassen, Desmond Kirwan, Andriana Miljanic, Jaklyn Nunga, and Alex Serwer. READ MORE

Steven L. Yaffee, a professor of natural resources and environmental policy at SEAS, has authored a new book that highlights California’s efforts to establish a system of marine protected areas (MPA) off its coast that would safeguard miles of fragile ocean resources. Beyond Polarization: Public Process and the Unlikely Story of California's Marine Protected Areas (Island Press, June 2020) highlights the contentious 10-year public process to establish this network of 124 protected areas, which was considered “nothing short of miraculous” since it had to overcome political polarization, fiscal crisis, bureaucratic ineffectiveness, and insensitivity to tribal resource users, Yaffee notes. Since these factors are present in many natural resource issues today, the legacy of the process is even more enduring: a blueprint for successful public policy decision making that can be replicated elsewhere. READ MORE