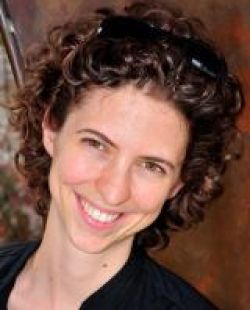 Amanda Marie Edmonds is a consultant, AM Edmonds LLC, Artist & Owner of AMEPIX, and former Mayor of the City of Ypsilanti, Michigan (2014-18).

A consultant, strategist, and educator in food systems, sustainability, social enterprise, and nonprofits, Edmonds has more than 20 years of experience as a positive change maker. She retired in 2017 as the founding executive director of Growing Hope, a 15-year -old nonprofit dedicated to helping people grow and access healthy food, whose work included farmers markets, urban agriculture, youth development, and good food policy. In that role she became a leader in sustainable and local food policy, including as a founding member and vice chair of the Washtenaw Food Policy Council, a gubernatorial appointee to the MI Food Policy Council, and having successfully supported the development and passage of food related policies from local to state levels.  She brings these decades of experience to her work as a consultant with nonprofit, foundation, and university clients. She travels nationally as a speaker and a trainer.

Between 2014-2018, Edmonds served in elected office as the Mayor of the City of Ypsilanti, Michigan, a diverse and historic urban community of 20,000 residents in southeast Michigan, where she was driven by how to create sustainable and equitable communities. Additionally, during nearly eight years serving Ypsilanti's Downtown Development Authority, she helped this body develop vision and strategy to most effectively support our invigorated commercial districts.

Originally from St. Louis, Missouri, Edmonds co-founded a nonprofit called Snail while in high school, and served on her school board at age 16.  She has lived in Michigan since the mid 1990s, and is a twice alum from the University of Michigan's School of Environment and Sustainability.  Edmonds has served on many boards from local to national levels, including as chair of the Washtenaw County MSU-Extension Advisory Council, many years of service on the Ypsilanti Parks & Recreation Commission, on the leadership team of the Ypsilanti Health Coalition, and six years on the bi-national board of the American Community Gardening Association, among others.  Honors include a Lifetime Achievement Award from the Women Business Owners of Southeast Michigan. Twilight Foundation Award, Brown Chapel AME Brotherhood Award, and ATHENA Award for Young Emerging Leaders.   She was featured in the book "Practical Idealists: Changing the World and Getting Paid" and has been highlighted in Organic Gardening magazine.  In 2016 she became a Marshall Memorial Fellow, and traveled in Spring 2017 on a month long diplomatic trip around Europe engaging in transatlantic relations with leaders from the US and Europe.

Edmonds is also an avid gardener (and newbie beekeeper), photographer, and runs a creative business— AMEPIX— selling jewelry and other items she designs and creates, many inspired by her deep love for plants and insects.