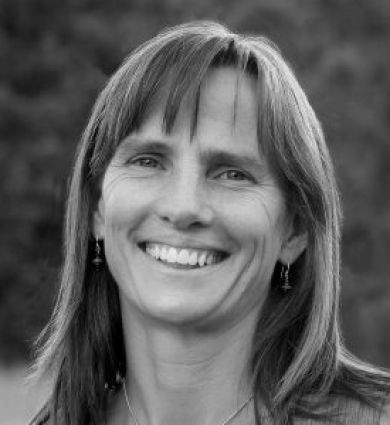 I’m particularly proud of our efforts to expand our award-winning climate action and sustainability programs to enable home and business owners to install energy efficiency and renewable energy improvements."

Growing up in a blue collar neighborhood in Kansas City, Missouri,

Suzanne and Elise Jones witnessed firsthand the plight of families

system and safety net for those less fortunate. They credit their parents,

both teachers and advocates for social justice in their community, with

instilling in them the importance of giving back to the world, and for

inspiring their love of the Colorado wilderness.

The family spent every summer in the mountains of western

Colorado, where they hiked the state’s high peaks and swam

her whitewater rivers — and, at age five, the twins’ affinity for the

environment was born. The combination of their childhood experiences

‘93), is a Boulder County commissioner.

Their combined 50 years of environmental policymaking and

advocacy experience is a great fit for the values of Colorado voters.

While Colorado is a “purple state” politically and vacillates between red

and blue in various elections, what doesn’t change, and what the twins

say is engrained in virtually all Coloradans, is an abiding love for the

From its snow-capped peaks to red rock deserts, Colorado

is defined by its stunning natural scenery and an abundance of

opportunities to enjoy it. More than 65% of Coloradans regularly

recreation and 125,000 direct jobs. This in turn helps foster a

commitment to natural resources stewardship that matches well with

“My primary motivation to run for local elected office was a

realization that, because of a lack of national leadership, it was up

to cities to craft and push for solutions to address climate change,”

said Suzanne. Her mayorship provided only a nominal per-meeting

stipend; for her day job, she continued to run Eco-Cycle, a community nonprofit that

promotes and implements recycling, composting, and other Zero Waste

Over the course of her career with The Wilderness Society, the

adopt, or put on the ballot some of the most progressive local policies

and programs in the country, including: the nation’s first carbon tax

recycling and composting by all residences, businesses, and institutions

in Boulder, and more — all while wrestling with important social

issues such as housing affordability, livable wage, homelessness, and

Elise, who served as executive director of Colorado Environmental

Coalition for 13 years, has played a key role passing the regional

Denver metro region, adopting a renewable energy standard for the

state (and then increasing it twice), and updating oil and gas regulations

“As a county commissioner, I’m particularly proud of our efforts to

to enable home and business owners to install energy efficiency and

renewable energy improvements, and to increase the purchase of

economic recession and break the cycle of poverty, and to spearhead

initiatives that help foster a culture of acceptance and inclusion for

everyone who lives in our community.”

over the broader county, the twins say both areas are politically

progressive and historically have worked closely together on a number

of these same initiatives. “Our close sister relationship just helps this

In 2017, Elise and Suzanne Jones of Boulder were honored by the National Wildlife Federation for their contributions and achievements in the environmental field.