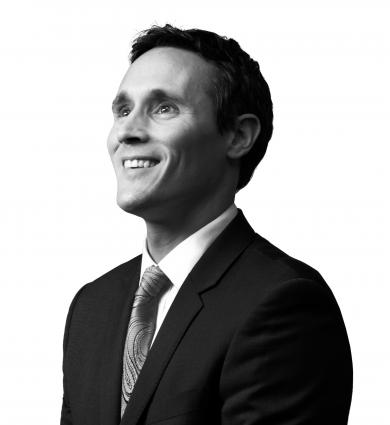 Our mission at the World Bank is to end poverty, and we can't end poverty without addressing climate change.”

Before joining the World Bank, Nate was Policy Advisor and AAAS Congressional Fellow in the office of Senator Harry Reid. He continues to publish regularly on climate change adaptation and resilience, drought preparedness, and water policy and governance.

What drew you to SEAS?

What I really liked about SEAS was that there was a practical component to the program through doing a master’s project. I wanted to do real problem solving. I didn't want to just complain, or be the one griping about the issues. I wanted to learn about it from the inside out.

I also liked the fact the school offered a dual degree, and it was very attractive to be able to complete two master’s degrees in three years. The other thing I liked—about SEAS and U-M as a whole—was the strong research focus.

How did you get interested in working on climate change?

I had been thinking about climate change a bit, but what I wanted to do was be involved with hands-on policy-making or implementation that dealt broadly with environmental policy. But then Professor Rosina Bierbaum offered me a research position at SEAS that I could do while working on my master’s, and that immediately exposed me to the issue of climate change adaptation. Within a day, I was hooked.

But this was back in 2004, and there really wasn't a lot out there on adaptation. There was academic work but not a lot of practical stuff being done, and Rosina cultivated that. She was working on those issues full-on, so I was obviously very influenced by her. My other adviser was Professor Maria Carmen Lemos, and she's fantastic as well. She was working on something very specific to water resources management and adaptation. So, having both of those really great mentors, I was hooked.

How did you come to work at the World Bank?

Initially, the World Bank wasn't even on my radar. It was Rosina—who was serving as the World Bank’s co-director on their development report—who actually gave me my first connections with the World Bank when she invited me to serve as a short-term consultant for them. Rosina and Maria were absolutely pivotal in making this my career.

Now I really wouldn't want to be anywhere else in the world, because I feel like the World Bank is the place where it's the most exciting—and you can make the most difference in climate change. I'm working very hard and trying not to let one minute of it go without trying to do my best. Our mission at the World Bank is to end poverty, and we can't end poverty without addressing climate change. And that's what I'm here to do.

How can SEAS support your work?

Send more great students this way. We've brought in two interns recently, one from SEAS, and one from U-M’s Ford School of Public Policy, and I’ve been doing that for the past three years. Those are the two schools where I completed my degrees, and so I am a conduit for their students interested in the World Bank.