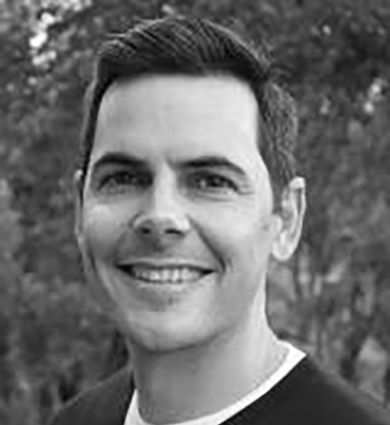 Now is the time to be doing this research. If we wait until regional development stabilizes, it will be too late to conserve these natural processes and achieve human-wildlife coexistence.”

If Forestry alumni Frank and John Craighead had a crystal ball, they would have seen their influence in the work of SEAS Assistant Professor Neil Carter.

Carter, who leads a team of researchers and resource managers supported by NASA and the National Park Service, uses remote sensing and satellite imagery to understand how artificial night light and human-made noise pollution affect predator-prey relationships. The team’s work focuses on the fastest growing region in the United States: the Southwest.

The Southwest is mostly a very dark region at night, characterized from the sky by vast swaths of black. But the region’s trajectory of rapid development has scientists and state agencies observing more and more nighttime illumination. Think of the night light from Vegas alone.

Starting with satellite imagery from NASA, the team realized they had a key secondary data source: GPS-collar data on mountain lions and deer collected by multiple agencies across state lines for 20 years. Compiling all of the long-term, high-resolution data into one regional analysis, Carter and company have discovered major differences in predator-prey behavior that correlate with levels of light and noise pollution. The mountain lions seem to know that bright spots like Salt Lake City call for a unique style of hunting compared to more natural, dark areas like Capital Reef National Park.

"How cougars hunt their prey appears to be totally different in areas with highly elevated night light," said Carter. “While cougars normally like to hunt in topographically complex landscapes like rocky mountainsides and crags, he found that in brighter areas the cougars were hunting in flatter spaces farther away from forests. In fact, nightlight levels were the strongest predictor of where cougars successfully hunted deer. Those cougars are no different from their nature-dwelling counterparts in their attraction to food—but feeling vulnerable from the light, it appears they are more willing to wait for exactly the right (darkest) moment to pounce.”

Carter likes to use the words “coexistence” and “coadaptation” to describe the behavior changes he finds in animals and humans. “Cougars, deer, and people all must adapt to each others’ changing behaviors,” he said. “Those changes can alter food webs in unpredictable ways: Deer and cougars might change where and when they forage, in turn affecting vegetation patterns. The behavior changes might also have impacts on human-wildlife interactions, with deer-vehicle collisions increasing or decreasing in certain areas.”

“Now is the time to be doing this research,” said Carter. “If we wait until regional development stabilizes, it will be too late to conserve these natural processes and achieve human-wildlife coexistence.”