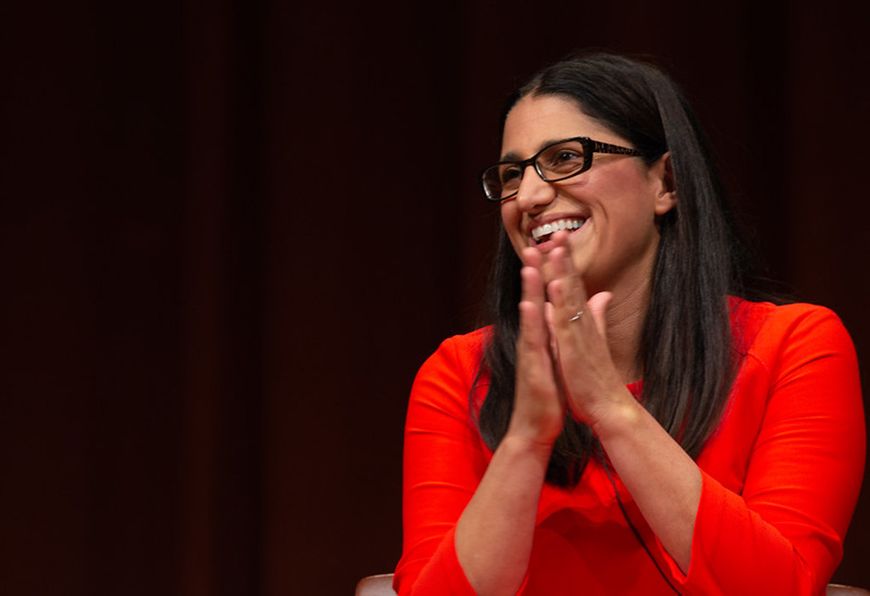 SEAS Class of 2020 alumnus Jared Hocking sat down with another SEAS alum recently—Dr. Mona Hanna-Attisha, the renowned pediatrician and public health advocate whose research exposed the Flint Water Crisis in 2015.

Hocking, now a research communications assistant at the Graham Sustainability Institute, interviewed “Dr. Mona,” as she prefers to be called, for his podcast, “All Things Connected,” which launched in June. He described his inspiration for the online interview series.

“I believe podcasts are an excellent medium for spreading ideas and knowledge as well as creating awareness and motivating action,” said Hocking. “I envision All Things Connected as a part of this landscape—spreading essential messages about environmental and social issues, from climate change, wealth inequality, the biodiversity crisis, environmental justice, animal welfare, and more.”

Hocking, who said he was honored to speak with his fellow alum, related some of the highlights of his one-hour conversation with Dr. Mona.

“We discussed what factors gave rise to this crisis and what we can learn from it, Dr. Mona’s role as an activist and how this provides an example to other change-makers, as well as the invisible forces, especially policies, that shaped this crisis and our society. We also talked about the anti-democratic laws that directly precipitated this crisis, the “dark age of science” we are living through and its implications, the state of environmental injustice in Michigan and America—and the resilience of Flint and its people.”

Dr. Mona is now Director of the Pediatric residency program at Hurley Medical Center in Flint, and author of "What the Eyes Don't See: A Story of Crisis, Resistance, and Hope in an American City", which was named one of the New York Time's 100 most notable books of the year in 2018. Among her numerous accolades, Dr. Mona was named one of Time Magazine’s 100 most influential people in the world in 2016.

“Dr. Mona is an inspiration for us all and shows us how much of a difference one person who cares can make,” said Hocking.

Listen to #8 of the All Things Connected podcast What the Eyes Don’t See: Lessons from the Flint Water Crisis (07/17/2020) on:  Apple Podcasts, Google Podcasts or Spotify. A written and audio transcript is also available.

Upcoming All Things Connected podcasts will feature guests such as SEAS Associate Professor Rebecca Hardin—who provides support for the student-produced environmental radio program “It’s Hot in Here” at SEAS. Also scheduled is Naomi Wilson, the former two-term president of Rackham Student Government. Wilson served as one of two student representatives in the virtual townhall "Constructive Conversations for Societal Change,” hosted by U-M’s chief diversity officer and vice provost for equity and inclusion Robert Sellers, along with President Mark Schlissel, and others.