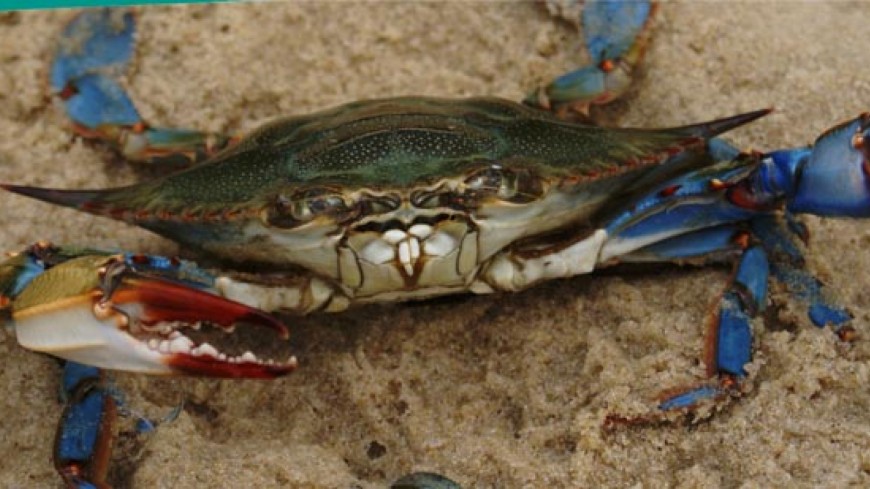 ANN ARBOR—Experts from the Maryland Department of Natural Resources report that the 2020 dead zone is the second smallest observed in the Maryland portion of the Chesapeake Bay since monitoring began in 1985.

And in their 2020 Chesapeake Bay Dead Zone Report Card, researchers from the Virginia Institute of Marine Science also reported that throughout the entire bay, this year's dead zone was smaller than 80% of those recorded in the past 35 years.

In June 2020, researchers from the Chesapeake Bay Program, the University of Maryland Center for Environmental Science, University of Michigan and U.S. Geological Survey forecasted that the bay would see a slightly smaller than average dead zone this year, due to reduced spring rainfall and less nutrient-rich runoff flowing into the bay from the watershed.

In the short term, experts believe that several factors, including average river flows and unseasonably cool temperatures in May and September, contributed to the smaller 2020 dead zone. Over the long term, the continued implementation of nutrient and sediment reduction strategies put in place by the six states in the Chesapeake Bay watershed (Delaware, Maryland, New York, Pennsylvania, Virginia and West Virginia) and the District of Columbia are continuing to help decrease pollution in the bay and reduce the size of the dead zone.

"Year to year changes in the dead zone are driven mostly by changes in weather. While that is likely the most important control on this year's relatively small size, nutrient-reduction efforts are contributing to the slower downward trend," said U-M aquatic ecologist Don Scavia, professor emeritus at the School for Environment and Sustainability and a member of the Chesapeake Bay forecast team.

Hypoxic and anoxic regions—areas with little and no oxygen, respectively—are caused by excess nutrient pollution entering the bay. One way in which nutrients can enter the bay is through its tributaries in the watershed that drain into it. Higher river flows bring increased amounts of nutrient pollution into the bay.

The previous two years have seen above-average river flows, with 2019 setting a record high. According to the U.S. Geological Survey, the current year (measured from Oct. 1, 2019, to Sept. 30, 2020) has been normal, with flows entering the bay at an average of 77,665 cubic feet per second, which is slightly below the long-term average of 79,000 cubic feet per second.

Only one out of the eight monitoring cruises showed larger-than-average hypoxic conditions. This occurred in late July as a result of below average winds and the hottest temperatures ever recorded in Maryland, causing hypoxia to increase considerably, resulting in a large dead zone. Strong winds from Hurricane Isaias in August helped to mix the waters of the bay, reducing the dead zone; hypoxia returned in September but quickly dissipated due to cooler temperatures and windy conditions.

This year's dead zone started later and ended earlier than it has in the past several years. Additionally, no anoxic areas were noted in the main stem of the bay this year.

Throughout the year, researchers measure oxygen and nutrient levels as part of the Chesapeake Bay Monitoring Program, a baywide cooperative effort involving watershed jurisdictions, several federal agencies, 10 academic institutions and more than 30 scientists. Among these institutions, the Maryland Department of Natural Resources and Virginia Department of Environmental Quality conduct 8-10 cruises between May and October, depending on weather conditions, to track summer hypoxia in the bay.

Results from each monitoring cruise can be accessed through the Eyes on the Bay website for the Maryland portion of the bay and the VECOS website for the Virginia portion. Estimates of river flow and nutrients entering the bay can be accessed on the U.S. Geological Survey's website. Scientists at the Virginia Institute of Marine Science, in collaboration with Anchor QEA, produce daily real-time estimates of dead zone size, along with forecasts of hypoxia in the bay.

The dead zone is an area of little to no oxygen that forms in deep bay waters when excess nutrients, including both nitrogen and phosphorus, enter the water through polluted runoff and feed naturally occurring algae. This drives the growth of algae blooms, which eventually die and decompose, removing oxygen from the surrounding waters faster than it can be replenished. This creates low-oxygen, or hypoxic, conditions at the bottom of the bay. Plant and animal life are often unable to survive in this environment, which is why the area is sometimes referred to as a dead zone.

Pollution-reducing practices used in backyards, cities and on farms can reduce the flow of nutrients into waterways. Management actions taken to decrease loads from point sources (e.g., wastewater treatment plants) may immediately show detectable pollution changes, but best management practices for non-point sources (e.g., excess fertilizers, agricultural runoff) often show a time lag between implementation and their impact toward improving water quality and the health of the bay.

This news release was written by Rachel Felver of the Chesapeake Bay Program, with additional information provided by Jim Erickson of University of Michigan News.