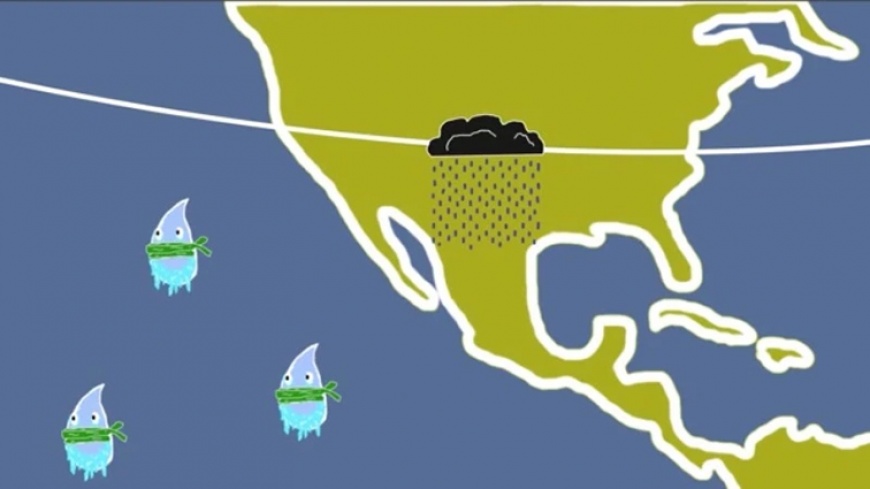 There’s a saying that climate is what you expect, and the weather is what you get. In an era of climate change, we can now expect hotter more extreme weather, and more often than not, that is what we get. Interestingly, aspects of how the Earth’s climate varies naturally around average conditions can sometimes improve our regional predictive skill even more.

Scientists and non-scientists alike recognize that climate has varied widely long before humans started overwhelming the planet with fossil-fuel-driven climate change. Ice ages came and went for well-understood reasons, just as we know why the time of the dinosaurs was a good deal warmer and more inhospitable than today.

Over 100 million years ago, natural processes led to higher levels of atmospheric CO2, just as the burning of fossil fuels is doing now. Higher CO2 levels during warm periods, and lower during ice ages tell us that greenhouse gases are a fundamental control knob on the Earth’s temperature.

Climate varies naturally over all time scales, from seasons to decades to millions of years, and climate scientists spend a lot of time trying to understand exactly how and why. This is critical to understanding what might come next because what we get, season to season, year to year, or decade to decade, will result from natural climate variability interacting with human-caused climate change. Of course, even natural climate variability is now being altered by climate change, and that makes climate prediction trickier.

The year 2022 has been unusually disastrous in terms of extreme climate and weather: Australia endured major flooding early in the year, while India and Pakistan were hit by extreme heat, followed in Pakistan by unprecedented flooding. China and Europe both struggled with unprecedented heat and drought all summer, just as the Horn of Africa is being pushed toward a major humanitarian crisis by its own hot drought. Yet, another disaster has unfolded as Hurricane Fiona slammed Puerto Rico and the Dominican Republic. Through it all, the mainland United States has experienced multiple extreme heatwaves and the unending 22-year megadrought that is now stoking both wildfire and water crises in the Southwest. One of the reasons for all the climate and weather mayhem is obviously climate change. Without climate change, this year’s climate extremes would have been less severe, and the extreme heatwaves less frequent.

The fingerprints of human-caused climate change are all over each of this year’s major climate disasters, but in each case, climate variability played a role, too. Climate change has supercharged extremes that in earlier times would have been less disastrous. Importantly, one major pattern of climate variability seems to be the primary culprit for why we got the climate extremes where we did this year: a tropical phenomenon called La Niña.

La Niña events are not rare — they happen every few years. They are defined by a pattern of ocean and atmospheric conditions in the tropical Pacific, including colder than usual surface ocean temperatures in the eastern and central tropical Pacific. Some are weak or moderate, and some are more pronounced. The stronger the La Niña is, the more likely it will influence the pattern of climate and weather around much of the planet in a recognizable way. The same holds true for La Niña’s counterpart, El Niño, during which the tropical Pacific warms. When a strong El Niño happens in the tropical Pacific, it can generate a pattern of extreme climate and weather around the globe that is roughly the opposite of what a strong La Niña will generate.

Our scientific understanding of how El Niño and La Niña variability works is a valuable tool in predicting what might happen in many parts of the globe months in advance. For example, El Niño events are known not just for a global pattern of extremes that are roughly opposite La Niña, they are also known for pumping large quantities of accumulated heat from the ocean into the atmosphere. The ocean is absorbing most of the heat trapped by the increasing greenhouse gas concentrations in the atmosphere, so we can expect the next strong El Niño to help propel atmospheric global temperatures to record heights.

Over the last two years, however, it’s been the La Niña pattern of natural variability that has helped produce many of our climate extremes, only to have climate change supercharge these extremes with devastating impact. Two La Nina years in a row is not so unusual, but right now, based on current conditions and sophisticated models, we appear to be on the cusp of a rare “three-peat” — a third straight La Nina year — that will probably last through our Northern Hemisphere winter.

The persistent La Niña conditions raise the odds of continued heat waves and drought all the way from Europe and North Africa through the Middle East, the northern reaches of South Asia, and into China. Parts of East Africa will also likely continue to bake and dry out. In other words, the climate disasters that struck each of these places in 2022 could worsen into 2023. And, when it does rain, climate change increases the chances that the rainfall could be extremely intense.

Closer to home, the implications of continued La Niña conditions are also bad news. We can expect the odds will favor hot and dry weather from southern California across the southern tier of the United States to the Southeast. This is typical of past La Nina events and predicted by climate models. Despite a relatively wet summer monsoon across parts of the Southwest, we can expect the region’s 22-year-long hot megadrought to intensify again into its 23rd year. With yet another La Niña on the horizon, this is not the year to expect relief.

We can’t stop natural climate variability and the extreme weather La Niña can bring, so we must instead accelerate our efforts to stop the human-driven climate change that is relentlessly turning so many climate extremes into unprecedented disaster and suffering.

Jonathan Overpeck, Ph.D., is a climate scientist, professor and dean of the School for Environment and Sustainability at the University of Michigan. He has researched drought, climate variability and climate change on five continents. Follow him on Twitter: @GreatLakesPeck