Creating Welcoming Spaces at National Parks for All Visitors 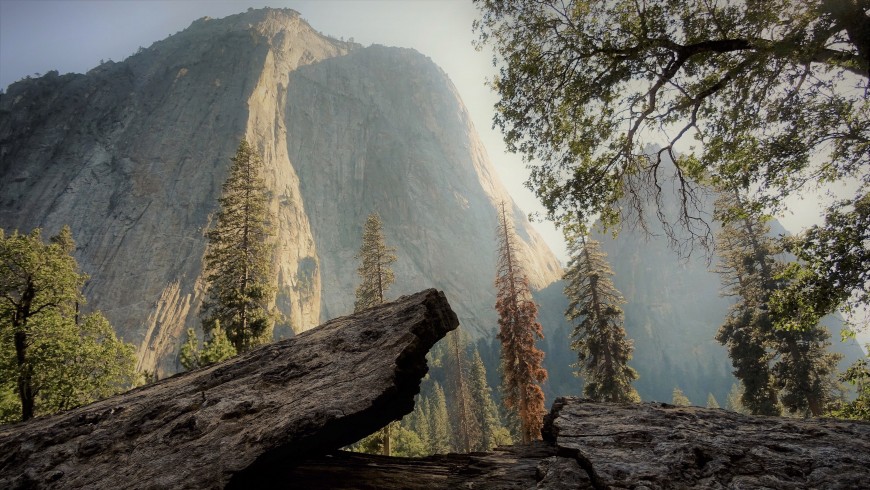 With the COVID vaccine distribution underway, many people may feel more comfortable traveling to national parks and public lands. However, deciding to make a trip may be more dependent on privilege than it is on the desire to get outside. We can see this through disparities in underrepresented racial and ethnic group visitation to public lands. The National Park Service reports that 95 percent of guests between 2010 and 2014 identified as White. Addressing deeply rooted barriers to participation will be critical for increasing equitable engagement with the outdoors.

Historical exclusion is one major hurdle that impacts spending time outdoors. For example, the Black experience in nature stems from a traumatic history of racism and slavery. Furthermore, a legacy of segregation contributes to feelings of being unwelcome in these recreational spaces. Such pervasive discrimation has left Black communities overlooked for policy decisions that pertain to the environment—further complicating their relationship with national parks and public land.

Latinx people also struggle with negative perceptions of the outdoors. The National Parks Conservation Association attributes this to the land being "behind gates, guarded by men and women—most of them White—wearing uniforms and gold badges." Hence, spending time in these areas may provoke feelings of distrust and even fears of deportation. Language barriers and a lack of diverse park rangers also promotes a discomforting and exclusive atmosphere. SEAS alum José González founded Latino Outdoors to help address these issues by giving Latinx people a chance to connect, try new experiences together, and restore their relationships with nature.

For Indigenous people, national parks and public land can be a painful reminder of losing their native lands. These spaces were created at the expense of forcibly removing local people and displacing them to reservations. Take Yellowstone, America's first established national park, for example. Yellowstone was originally home to a number of tribal nations who used the land for sustenance and spiritual purposes. However, efforts to clear the area for conservation violently stripped Indigenous people of their land, culture, and livelihoods.

Financial and geographic concerns also play a role in complicating visitation for people of color and individuals with lower incomes. In 2011, the median income of national parks visitors was between $75,000 and $99,000—representing a privileged demographic. An absence of low income visitors can be traced back to national parks being located far away (many of which are in California or out west), having significant travel costs, and requiring a great deal of time to visit. As a result, people working full-time jobs may not have the scheduling or financial flexibility to make the trip.

National parks and public lands have a responsibility to create welcoming spaces for visitors of many identities. One approach to foster greater diversity is through recruiting and hiring more rangers of color. Marginalized groups may feel more secure visiting parks if there were staff that looked like them and spoke their language, as is the case with predominantly White visitors and White rangers. Rangers should also be educated on the true political history of national parks and how people of color have been, and continue to be, impacted by conservation initiatives. Signage on the ground can be mindful of acknowledging these experiences while also offering translations. Finally, Indigenous people whose roots are in the land should have a say in renaming landmarks and park names.

The path forward will involve envisioning new ways that bring people to national parks and public lands. First, funding should be increased for state and local parks that are closer to where people live. This effort would minimize the financial and time burdens of traveling long distances to remote national park destinations. Next, affordable transportation options like buses can be established specifically for traveling to state and local parks. Providing free or reduced admission for low-income individuals is also an option to minimize financial barriers.

For those who are still unable to visit, distance learning opportunities are available. During these sessions, students engage in discussions with rangers and attend virtual field trips. The National Park Service could consider extending an invitation to the general public for similar events and engage with historians, tribal groups, and others to ensure a corrective education. Sessions can also highlight themes of social justice and accurate history that bring awareness to the inequities discussed in this piece.

Everyone has a right to build relationships with our national parks and public lands, but overcoming these barriers must be the first step towards greater equity.