Dallas is only the latest flood disaster: How cities can learn from today’s climate crises to prepare for tomorrow 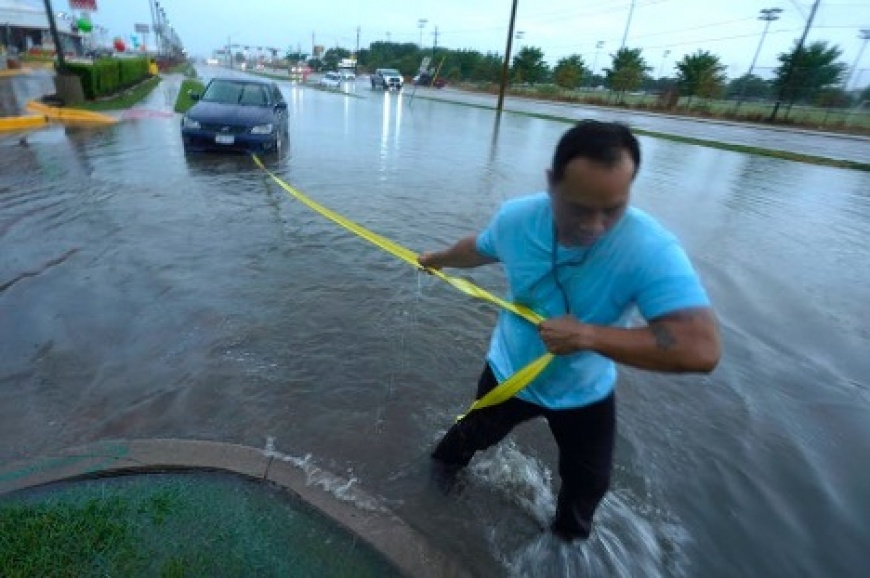 Caption
Flash flooding made a mess in Dallas in August 2022. AP Photo/LM Otero

By Richard Rood|University of Michigan |

Devastating flash floods in Dallas, St. Louis and eastern Kentucky have left cities across the U.S. questioning their own security in a warming climate.

Dallas was hit with nearly 15 inches of rain that turned roads into rivers and poured into homes on Aug. 21 and 22, 2022. Four weeks earlier, extreme storms struck the mountains of eastern Kentucky, sending rivers sweeping through valley towns and triggering mudslides that killed more than three dozen people.

Floods are complex events, and they are about more than just heavy rain. Each community has its own unique geography and climate that can exacerbate flooding, so preparing to deal with future floods has to be tailored to the community.

I work with a center at the University of Michigan that helps communities turn climate knowledge into projects that can reduce the harm of future climate disasters. The recent floods provide case studies that can help cities everywhere manage the increasing risk. 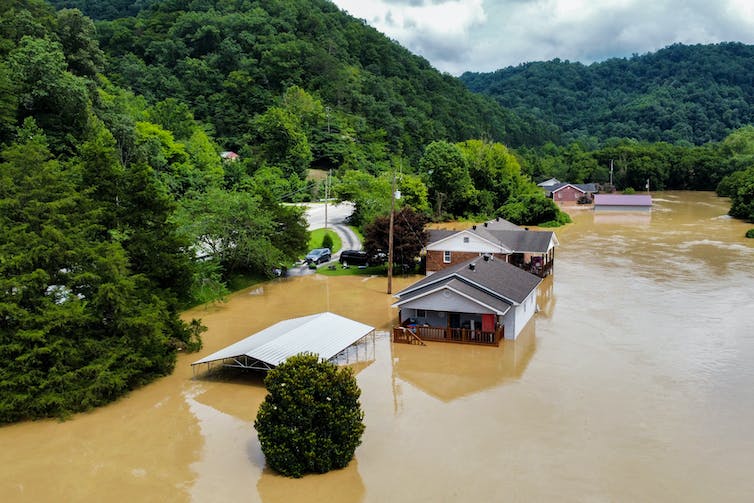 The first thing the recent floods tell us is that the climate is changing.

In the past, it might have made sense to consider a flood a rare and random event – communities could just build back. But the statistical distribution of weather events and natural disasters is shifting.

Recent floods are revealing vulnerabilities in how communities are designed and managed.

Pavement is a major contributor to urban flooding, because water cannot be absorbed and it runs off quickly. Similarly, after a forest fire or extended drought, water runs off of soil rather than soaking in. This can overwhelm drainage systems and pile up debris that can clog pipes and culverts.

Failures in maintaining infrastructure, such as levees and storm drains, are a common contributor to flooding.

If the infrastructure is well designed and maintained, flood damage can be greatly reduced. However, increasingly, researchers have found that the engineering specifications for drainage pipes and other infrastructure are no longer adequate for the increasing severity of storms and amounts of precipitation. This can lead to roads being washed out and communities being cut off. 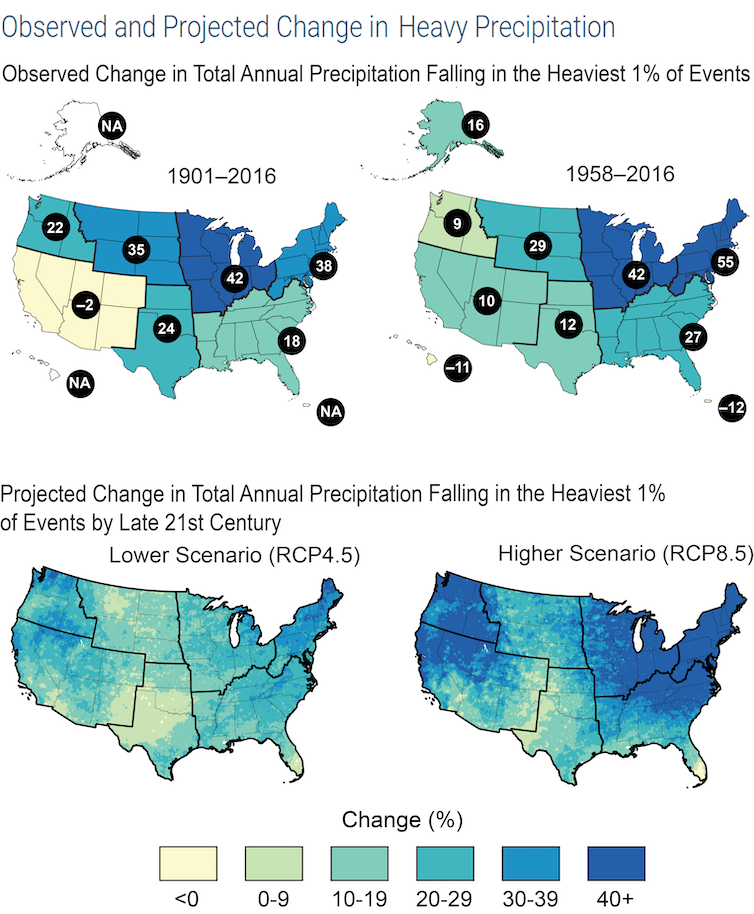 Even in a future with low greenhouse gas emissions, extreme precipitation events will be more likely in parts of the U.S. National Climate Assessment 2018

The increasing risks affect not only engineering standards, but zoning laws that govern where homes can be built and building codes that describe minimum standards for safety, as well as permitting and environmental regulations.

By addressing these issues now, communities can anticipate and avoid damage rather than only reacting when it’s too late.

The many effects associated with flooding show why a holistic approach to planning for climate change is necessary, and what communities can learn from one another. For example, case studies show that: 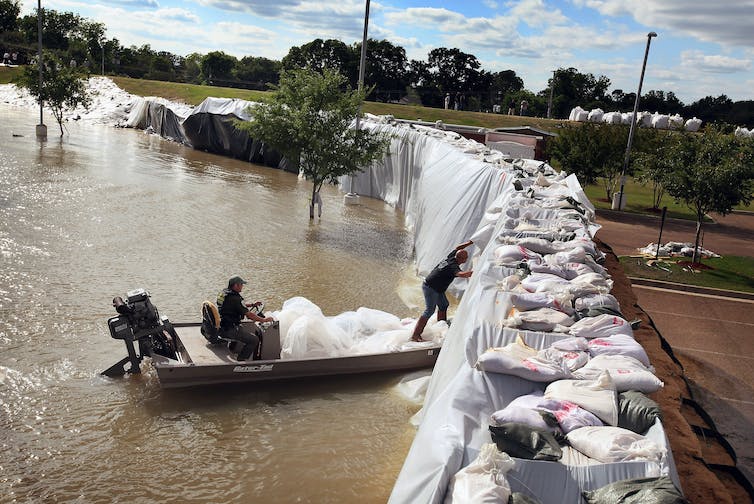 A crew inspects a levee constructed around a medical center to hold back floodwater from the Mississippi River in Vidalia, La., in 2011. Scott Olson/Getty Images

Scenarios: How to manage complexity

In the communities that my colleagues and I have worked with through the Great Lakes Integrated Sciences and Assessment center, we have found an increasing awareness of floods and, more generally, the challenges of a warming climate.

Many communities have some capacity to deal with weather-related hazards, but they realize that past practices will not be adequate in the future. 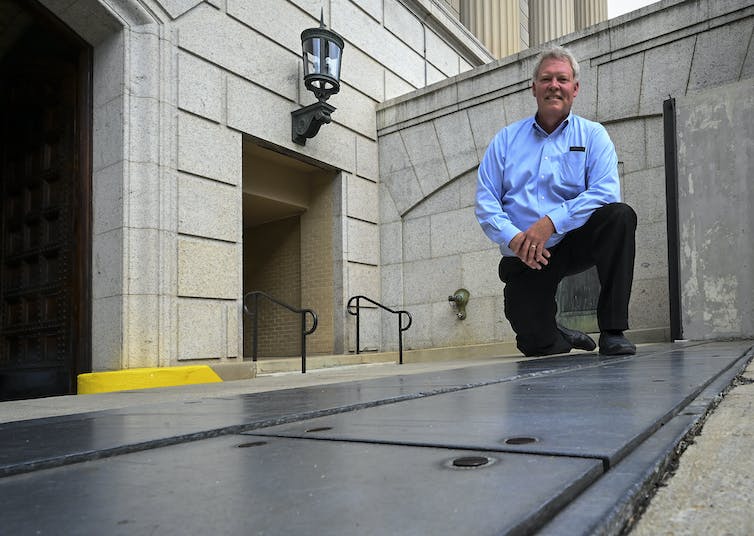 Tim Edwards, facility manager for the National Archives, with the flood control gate system that kept a 2019 storm from flooding the building in Washington, DC. Bill O'Leary/The Washington Post via Getty Images

We have found that by focusing on vulnerabilities, discussions about future climate risk become more real. Communities start to recognize the interconnectedness of zoning, storm drains and parks, for example, and the value of clearing of debris from stream beds. They also see the importance of engaging regional stakeholders to avoid fragmented and ineffective adaptation responses.

We use scenario planning to help officials examine several plausible climate futures as they develop strategies to deal with specific management challenges. Examining case studies and past floods provides a way to consider future flooding events from an experience base of known community vulnerabilities.

In most exercises I have participated in, local officials’ instinct is to protect property and persist without changing where people live. However, in many cases, that might only buy time before people will have little option but to move. Scenario planning can bring focus to these difficult choices and help individuals and communities gain control over the effects of climate change.

Richard B. (Ricky) Rood, Professor of Climate and Space Sciences and Engineering and School of Environment and Sustainability, University of Michigan