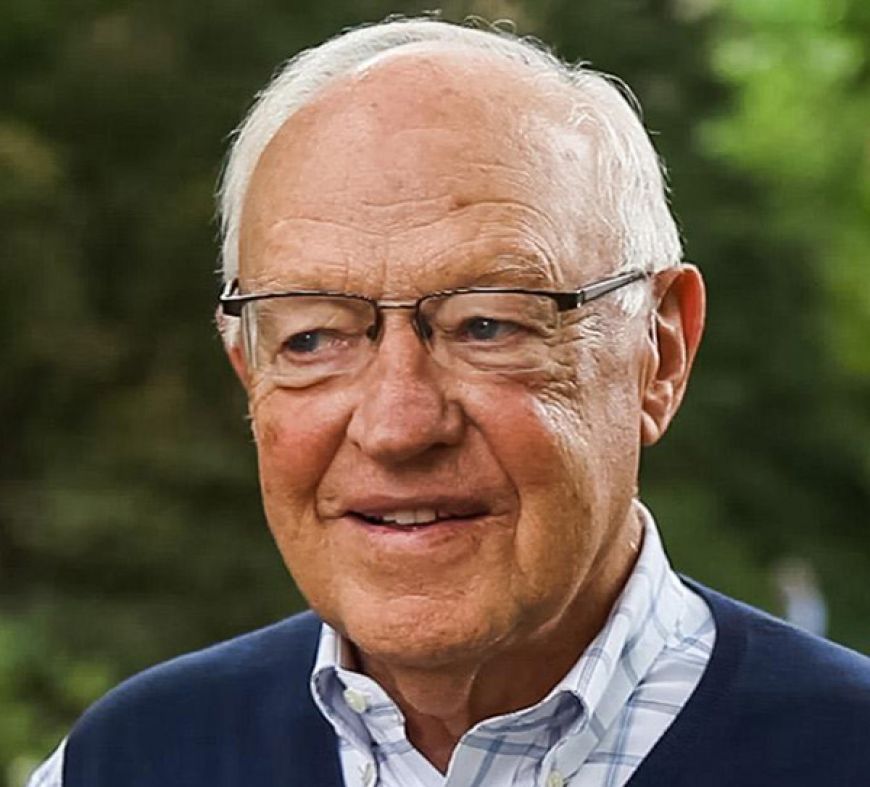 The LAF Medal is conveyed to a landscape architect for distinguished work in applying the principles of sustainability to landscapes over a career.

Across practice and academia, Johnson maintained a relentless commitment to environmental consciousness and innovative planning. His work focused on campus, urban design, and parks and recreation. Many know Johnson for his analytical thinking and his ability to express complex ideas through insightful drawings. Shortly after co-founding JJR, Johnson was commissioned to draft the University of Michigan’s master plan, which helped establish the firm and led to work throughout the Midwest and East Coast.

In addition to his professional practice with JJR, as William J. Johnson Associates, and in partnership with Peter Walker, Johnson was a professor of landscape architecture for 30 years and Dean of the University of Michigan’s School of Natural Resources (now SEAS) for 8 years.

Bill is a groundbreaking giant in the profession, pioneering the integration of planning, analysis, and landscape architecture. By sharing his knowledge and approach, he had a profound influence on a generation of students. - LAF Medal and Founders' Award Committee

While earning his MLA at the Harvard Graduate School of Design, he learned from and worked for Hideo Sasaki, to whom Johnson credits his philosophy that “there are no limits of scale.” Johnson’s projects and professional leadership reflect his sense of expansive problem-solving and serve as a testament to his legacy.

LAF proudly recognizes Bill’s distinguished career, design philosophy, and commitment to education with the award of the 2020 LAF Medal.

Launched in 2016 in conjunction with LAF’s 50th anniversary, the LAF Medal and Founders’ Award are annual awards that honor those who have made a significant and sustained contribution to LAF’s mission to support the preservation, improvement, and enhancement of the environment. The LAF Medal is awarded to an impactful individual while the LAF Founders’ Award honors a firm, agency, or organization that has made a meaningful contribution to the discipline of landscape architecture.