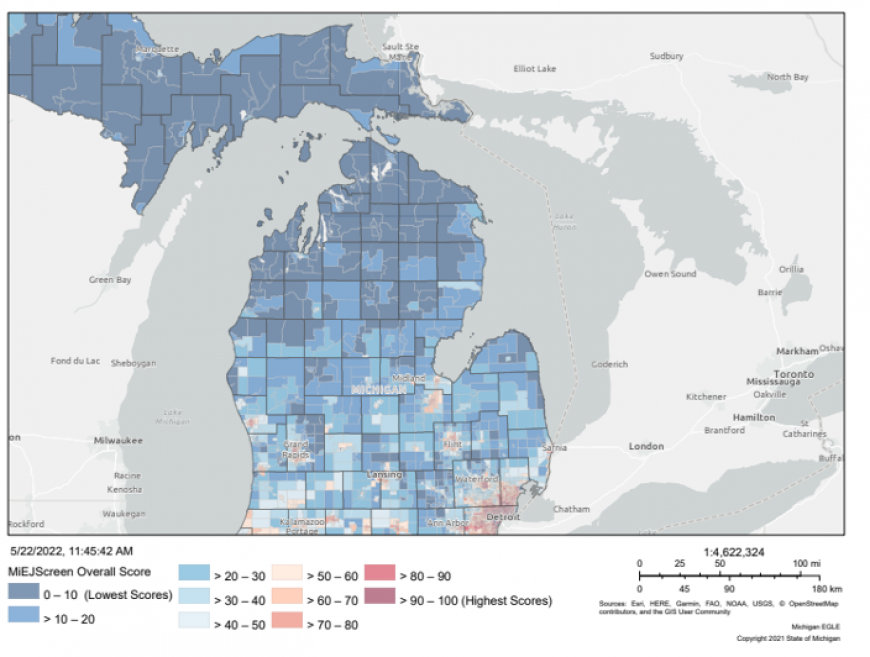 "Obtaining the input of affected communities, whose expertise in environmental justice issues has developed over decades of advocacy, will be key as state governments set out to address environmental injustice and consider the development of EJ screening tools," said Delia Mayor, one of the study's co-authors and a graduate of the U-M School for Environment and Sustainability.

"Without their input, states risk creating tools that don't accurately reflect the challenges of impacted communities and don't address environmental injustice as experienced by affected residents."

In March, the state of Michigan released the draft Michigan Environmental Justice Mapping and Screening Tool (MiEJScreen), which is based on a prototype developed by Mayor, Laura Grier and Brett Zeuner when they were U-M master's students.

In the new study, which used Michigan as a case study, the researchers partnered with the Michigan Environmental Justice Coalition to conduct 30 in-depth interviews with environmental justice advocates in the state of Michigan, including affected community members, professionals and academics.

"Through our interviews, we heard that members of low-income and nonwhite communities live through disproportionate levels of pollution, and they experience the impacts of pollution on top of other socioeconomic and health-related challenges," including emotional and psychological effects like stress, burnout or depression, said Grier, one of the study's co-authors, who is also a graduate of the U-M School for Environment and Sustainability.

Mayor said their research can serve as a model for other states considering an environmental justice screening tool.

"We use Michigan as a case study. However, the findings we present are relevant to any state interested in developing a tool, while the research process we used can serve as a model for gathering community input," she said. "Interviewees were clear that a screening tool needs to be accompanied by strong policy in order to advance environmental justice, so we are eager to see how Michigan (and other states) puts their screening tool to use."

The findings were published online June 1 in the Environmental Law Reporter. The other co-authors are Zeuner and Paul Mohai, a professor at the U-M School for Environment and Sustainability.

This article originally was posted by Michigan News.