Looking back on 2022 and the paradoxes of a climate crisis 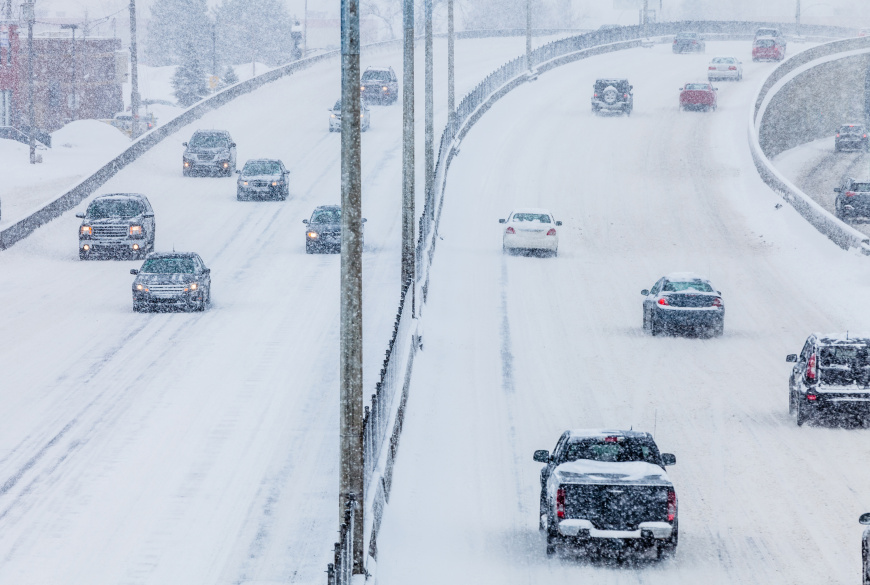 The year 2022 was a tough year around the world in terms of climate disaster, something that the just exploded “bomb cyclone” seemed to punctuate with an exclamation point as the storm crippled much of the nation in a sub-zero deep freeze and led to the death of at least 40 people in western New York. Fortunately, we were spared the theatrics of misleading statements and snowballs in the halls of Congress as scientists explained how rapid warming of the Arctic may have led to the major disruption of the “polar vortex” allowing the dramatic escape of winter Arctic air to wreak havoc far to the south.

A record-deadly blizzard stands as a bone-chilling paradox in the face of the much more deadly poster child of climate change — record-breaking heat waves supercharged by climate change. And 2022 saw lots of these.

Close to home, summer once again brought record heat across much of the United States, extreme heat that continued to worsen megadrought in the Southwest and wildfire disaster and health risks across a wider swath of the western United States. However, bad as the heat wave impacts in the United States were in 2022, they were dwarfed by the expanse of heat extremes around much of the planet.

Even in a year with yet another major “polar vortex” cold event, concern continues to grow that some parts of the world may eventually become largely uninhabitable due to climate-change-aggravated high heat extremes.

Droughts are often exacerbated by record heat because a warmer atmosphere can hold more water, and as a result can demand more moisture from snow, water bodies, vegetation and soil. In 2022, we saw this scenario play out in the United States, Europe, China and East Africa. Another paradox of climate change is that the global surge in hot drought around the world is happening at the same time the planet is also seeing many more cases of extreme rainfall and associated flooding. In these cases, the greater water-holding capacity of a warming atmosphere also means that when it does rain it can rain more and harder. In the United States, Hurricane Ian provided a costly example of how climate change is not only able to generate bigger, more powerful storms, but also storms that can rain harder with devastating flooding as a result.

Extreme rainfall disasters were even worse globally in 2022. Australia’s biggest threat a couple years ago was heat-enhanced unprecedented drought and ruinous “Black Summer” wildfires, but in 2022 record-breaking rainfall, flooding and increased risk of mosquito-borne disease was the biggest challenge. As long anticipated by scientists, climate change means the water cycle can produce both more devastating dry and wet extremes. Sadly, the worst 2022 example of the latter crippled Pakistan in an almost apocalyptic manner when climate change intensified summer monsoon rains coincided with extreme mountain heat and glacier melting to cause unprecedented flooding that killed thousands and affected tens of millions. Extreme rainfall also killed hundreds and affected millions in West Africa in 2022.

Yet, another climate change paradox went largely unnoticed by the media in 2022. On one hand, media attention did focus on how the ongoing slow yet relentless rate of sea-level rise is already starting to wreak havoc on some coastlines, and how a couple feet of sea-level rise could submerge hundreds of thousands of individual, privately owned coastal properties in the United States by mid-century. Yet, the media hasn’t widely reported on a fact that the scientific community also highlighted in one of the most recent reports of the UN’s Intergovernmental Panel on Climate Change (IPCC): continued climate change over just a few decades could trigger the irreversible loss of large portions of the massive Greenland and Antarctic Ice Sheets, and in doing so result in the submergence of innumerable coastal communities — and even whole island nations — around the globe.

In other words, the seemingly small rate of current sea-level rise could paradoxically result in perhaps the most devastating of all climate change impacts. That is, unless we work fast to halt climate change.

It is no wonder that the most consequential result of the UN’s 2022 Sharm el-Sheikh climate change conference (COP 27) was the official recognition that the rich carbon polluters of the world need to finance climate solutions as well as pay for the mounting damages to those less affluent counties who have done little to cause the climate crisis.

The year 2022 will be remembered for its brutal climate change impacts and the growing crisis these impacts make clear. At the same time, 2022 was a breakthrough year of climate action juxtaposed on the increasingly stark evidence that fossil fuels and their producers are the primary cause of the planet’s growing peril. Fortunately, 2022 also made clear that fossil fuels are too expensive, too polluting of air and water and too enabling of petrostate evil to persist in a world of cheaper, more globally equitable, and clean energy sources like wind and solar.