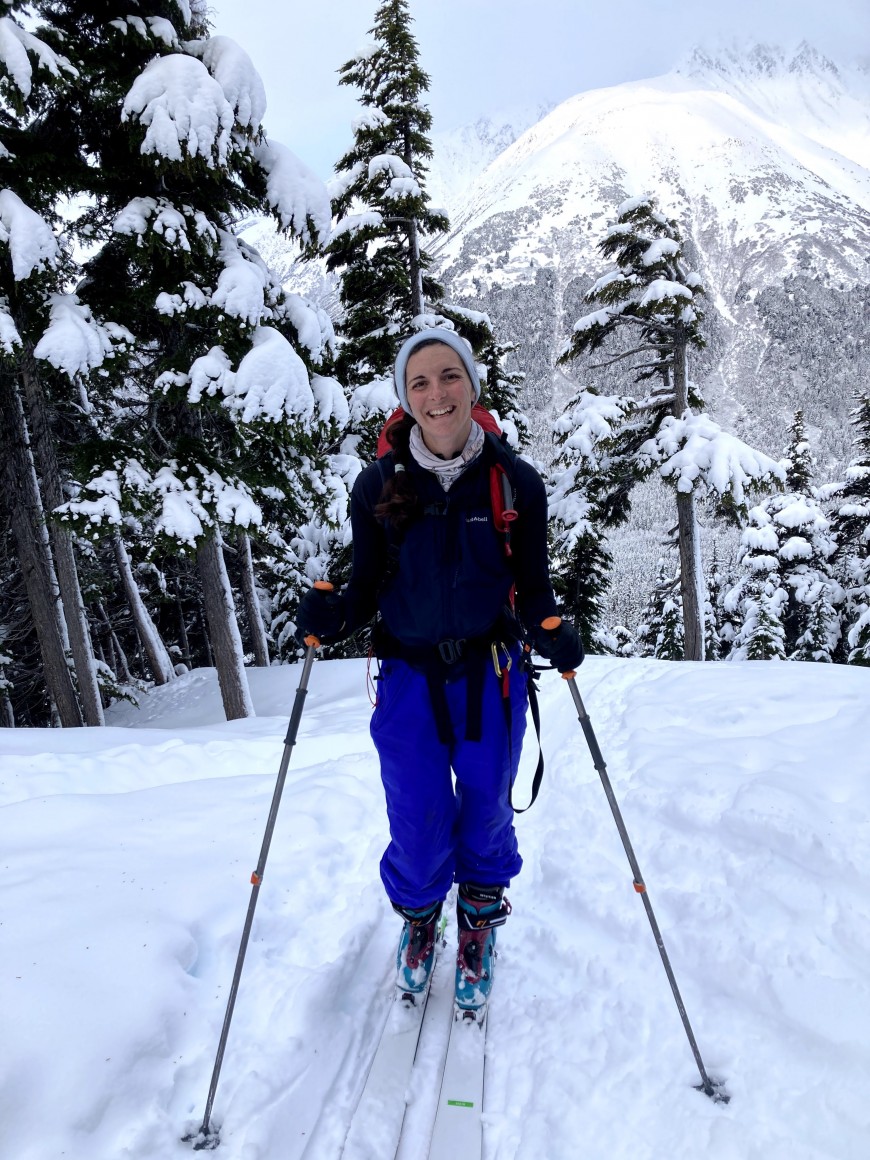 After graduating in 2013 with a degree in human geography from Dartmouth, Amanda Wheelock (MS ’22) started working as an outdoor educator. It was during this time that she realized that she wanted to focus her work on conservation and, after what she calls a “bit of a twisty road,” she landed at the Continental Divide Trail Coalition, a small nonprofit based in Colorado. Here, her role was centered around communications about policy issues affecting the Continental Divide Trail. In this role, Wheelock quickly found that she was fascinated by the potential for change-making within the realm of policy. She knew her skills were well-suited to working with policy, but she didn’t have a foundation or academic background in environmental law, policy formation, and the like. Seeking a deeper understanding, she began looking for programs that would allow her to study environmental policy with a focus on public lands.

Why SEAS?
What drew Wheelock to the Environmental Policy and Planning specialization at SEAS, in particular, was the interdisciplinary nature of a SEAS education. Because she works in public lands policy, she also felt that an understanding of ecological processes and ecosystem management was vital to her future career, but had virtually no background in these topics. SEAS could offer her both—a foundation in policy while also learning enough about ecology to understand the questions ecologists ask in the field and gain a level of respect in the scientific community when working on policy.

Wheelock started at SEAS in 2020, during the Covid pandemic, which meant that all her classes were virtual in the first year. She stayed in Colorado to take them. Initially, this made her nervous, but she was surprised to realize that several of the classes ended up being some of the best she’s ever taken. “It was so clear to me that the professors at SEAS really cared about their students, and that every single professor had spent the entire summer preparing and retooling everything for Zoom. I had heard so many horror stories from people at other schools saying how terrible things were going on Zoom, but at SEAS it was obvious that the professors had taken the time to make sure we still got the SEAS education. As odd as it sounds, sitting alone in my room in Colorado and taking those online classes is still one of my most memorable moments,” she said. “It was magic to be in Sheila Schueller’s online Ecology class and experience the feeling that, even though there were almost 150 students, she cared about and taught to every single one of us. Or to be in Samuel Stolper’s Climate Economics class, where he started each class with a question about our favorite TV shows from the 90s or the most essential spice to have in the kitchen. It seems like a small thing, but our heated Zoom chat debates about who had the best AIM screenname growing up made me feel involved and like I was part of the SEAS community. Then to see Michael Moore, who has been teaching Environmental Economics for 30+ years, completely switch the way he conducts his class to make sure we wouldn’t have Zoom fatigue. He decided to pre-record lectures so that our in-class time would be spent in small breakout groups. In fact, this model worked so well that he continued it this year when his class was back in person.”

While her master’s practicum focused on the intersection of public land management, climate change, and equity, and the collaborative processes required to work in coalitions across the nonprofit sector and effect change, Wheelock had multiple other learning opportunities during her time at SEAS. These ranged from how communities in the American West are responding to the increased threat of wildfires, to water economics, to the impacts of agricultural exports on Colorado River water allocations.

What’s next?
For Wheelock, the plan is for summer to include some fun and travel in the U.S. and Europe, and then to head back to Colorado to get to work for the U.S. Forest Service as a Presidential Management Fellow. During this 2-year program, Wheelock will work as a Mountain Sports Permit Administrator in the White River National Forest, essentially making sure that any permitted recreation in the district is running smoothly, and that permittees have a good relationship with the Forest Service. The two largest permittees in the district are Vail and Beaver Creek ski resorts, but she’ll also work with commercial rafting, mountain bike races, trail runs, and a very popular day-hike area. One can only apply for this fellowship if you have a graduate degree, so, Wheelock said, “it’s already obvious that quitting my job and coming to SEAS has been well worth my while! I couldn’t be more thrilled - I get to work on the ground with communities and recreationists, play a role in making our public lands accessible and welcoming to all people, and sometimes I’ll even get to ski at work!”

Reflecting on the experience of attending SEAS
While the concept wasn’t new to Wheelock, it is one of the reasons she came to SEAS and one that was reinforced by being here: the idea that we need different kinds of people in order to make changes in the world. “At SEAS, in the exact same classroom, I will be sitting next to a union organizer who is adamantly anti-capitalist, and on my other side will be an Erb student who wants to work in sustainability for a Fortune 500 company. Personally, I sit somewhere in the middle of those two extremes, and I love having both those people and everyone in between in my classes. At SEAS, we’re good at engaging with different perspectives and respecting that there are different approaches to making change. The environmental movement needs all of us to push for change in our own ways if we want to succeed together. It’s easy to get caught up in judging others for the way they want to do things when it’s different from our own, but SEAS does a great job of emphasizing the importance of the goal and the need for all methods to get there,” said Wheelock.