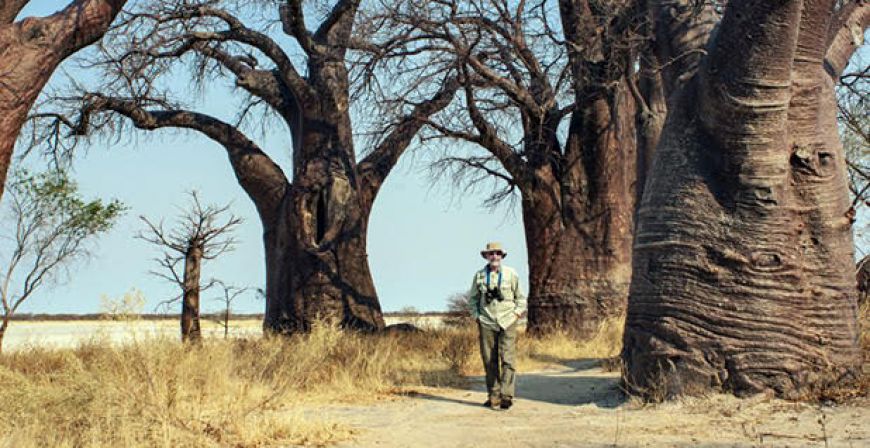 Scientist, author and "father of conservation biology" Michael Soulé died Wednesday at the age of 84.

Soulé co-founded the Society for Conservation Biology in 1985 and served as its first president, leading the advancement of the application of science to conserve Earth's ecosystems.

"Thanks to Soulé the subject is taught at universities and underpins the work done by public and private institutions globally to maintain and restore biodiversity. He provided moral clarity on our ethical responsibility to conserve all species and inspired three generations of scientists to focus on the study and application of conservation biology," said Adina Merenlender, the society's president.

The cause of death, according to a Facebook post by fellow conservationist and friend Reed Moss, was a brain hemorrhage earlier in the week.

During his tenure, Soulé penned nearly a dozen books and 175 articles on biology, conservation biology and related policies.

Passionate about protecting wildlife species, Soulé co-launched in 1991 what is now known as the Wildlands Network, a group dedicated to continental-scale conservation of habitat and migration for wildlife.

"Michael's legacy and importance to the international conservation movement cannot be overstated — he created the scientific bedrock on which the community rests," said Katie Davis, executive director for the Wildlands Network, in a statement. "His visionary leadership will forever inspire us to think bigger and push harder to protect wild nature."

In 2004, Soulé joined a coalition of environmental advocates, including celebrities, that petitioned for federal protections for 225 new species of animals (Greenwire, May 4, 2004).

"Scientists have studied these species, and the U.S. Fish and Wildlife Service has determined that they need the protection of the Endangered Species Act," Soulé said in an interview at the time.

Soulé graduated from San Diego State University and went to Stanford University for his doctorate in population biology and evolution. He was a fellow of both the American Association for the Advancement of Science and the American Academy of Arts and Sciences.

In 1998, Audubon magazine named him one of the "100 Champions of Conservation of the 20th Century." That same year, he was also a recipient of the National Wildlife Federation's National Conservation Achievement Award for Science.