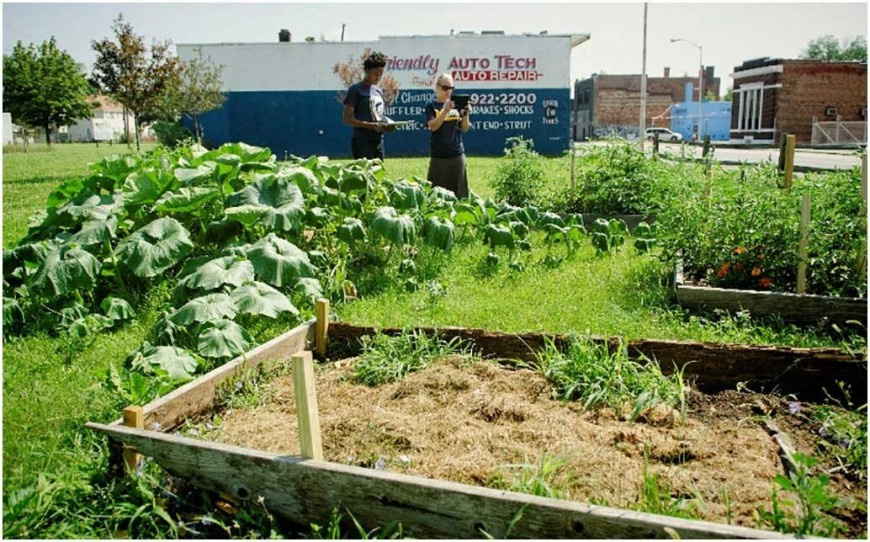 Jason “Jake” Hawes is a PhD candidate in resource policy and behavior in the School for Environment and Sustainability at the University of Michigan. His work has included projects assessing the social and economic impacts of urban agriculture in U.S. and European cities, and how agriculture can adapt to drought caused by climate change.

You have said Detroit’s ideas for land use historically differ from some other northern cities. How so?

Detroit has had kind of a complicated relationship with vacant land, and it has been an important part of the city for the past four to five decades. It has become kind of defining characteristic of the city. In many ways, that has actually given communities that have been there for decades an opportunity to write their own story when it comes to land use. It has allowed them to turn vacant land from being something of a challenge or a problem into something that’s seen as a resource. One of the ways that has been done at the community level by those communities and activists is through urban agriculture.

Why are urban gardens and urban farms important elements in the fabric of the city? How does urban agriculture benefit city residents and the overall economy?

There has been a lot of working trying to understand the role of urban gardens and farms in cities. And the general conclusion is that it can provide a lot of social, economic and environmental benefits. Urban agriculture is this sort of unique land use that is extremely customizable to the needs of the community. You can focus it around food production. You can focus it around job training. But it’s really important for urban agriculture to be integrated and responsive to communities and in many cases led by the communities doing it because that’s when it’s the best for people.

Is that happening in Detroit?

How much urban agriculture is occurring in Detroit?

Is the high number of urban gardens in Detroit a function of the amount of vacant land in the city?

It’s partially that. It’s partially about the history of Detroit, though, and the community activism that has played a really important role in this. Hazen Pingree was mayor of Detroit around the turn of the (20th) century and one way he addressed hunger in the city was to encourage people to grow potatoes in their back yards and in community plots the city set out. They were called “Pingree’s potato patches.” Even the USDA (United States Department of Agriculture) points to Detroit as the originator of urban agriculture in the United States.

This article originally appeared on the U-M Detroit website.