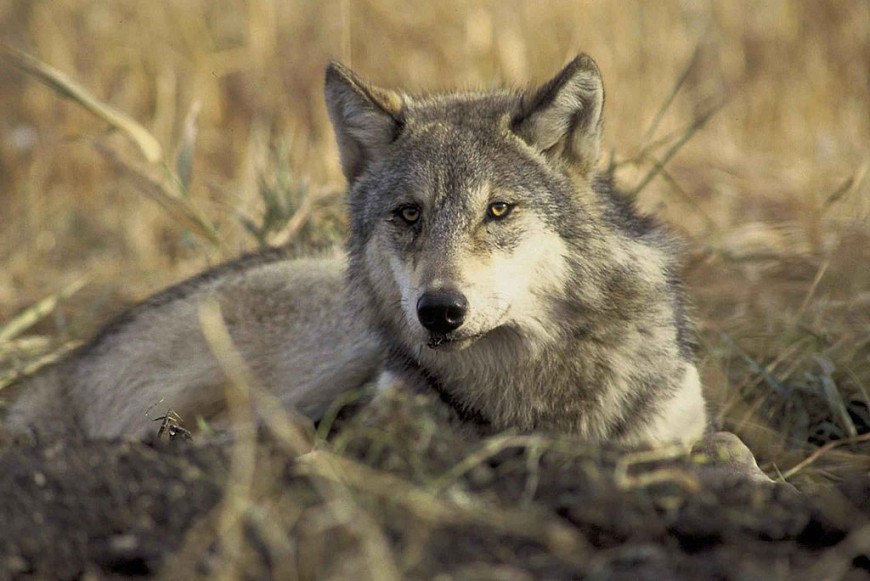 Funded by a $1.6 million National Science Foundation grant, researchers will monitor six sites to learn how drought could affect vegetation in the region, and how resulting changes impact elk, deer and livestock, as well as their interactions with predators.

Scientists will also explore on a broad scale what effect wolves and drought jointly have on ranching communities and the changing rangeland system across the West.

“We’ll look at the interactions between wolves and drought and how those affect wild ungulate populations, as well as livestock and the people who live there,” said Sophie Gilbert, assistant professor of wildlife ecology and management and the project’s lead investigator.

Co-PI on the project, Neil Carter, is an assistant professor in Geospatial Data Sciences at U-M's School for Environment and Sustainability. "This grant is significant because it will allow the project team to better understand how social and ecological processes are interacting to transform rangelands and what those changes will mean for biodiversity and human livelihoods in the future," said Carter. "The project is important because it will give people knowledge and tools to adapt to rapidly changing environments while also sustainably sharing landscapes with important wildlife.

Carter added that he "is excited to be a part of a radically interdisciplinary team that brings together fresh perspectives, and to co-produce knowledge with rangeland communities."

The research also seeks to determine how decision-makers respond to these multiple sources of stress, and how wildlife and plant forecasting tools — resulting from the project — are received and used by ranchers and wildlife managers.

The study will examine the interconnectedness of the inhabitants of western rangelands, including humans, plants and animals, in the face of a changing climate and other stressors, Gilbert said.

“Stereotypical stories about the West are told with heroes and villains, where some animals may be considered good or bad, and some may be saviors or foes,” Gilbert said. “We want to go beyond that, to learn how interconnected those things are and how all wildlife comes with costs and benefits to humans that share these landscapes.”

The researchers will use camera traps to collect images of animals in the study area, and work with a film crew to document the research and produce a documentary film to share with the public.

Chloe Wardropper, assistant professor of human dimensions of ecosystem management, said researchers will share findings, footage and images from the camera traps in an effort to engage residents in communities throughout the study area. Volunteer citizen scientists will also get a chance to participate, and collaboration will take place online with anyone interested in the research.

“There will be opportunities to engage, to help identify wildlife and to volunteer,” Wardropper said.

The study, which begins in September, will also be used to train an array of students including undergraduate and graduate researchers and a post-doctoral researcher at the University of Idaho. The team also includes professors, a postdoctoral researcher, and undergraduate researchers at the University of Michigan and Ohio State, as well as a co-investigator from the Oregon Department of Fish and Wildlife.

“Outcomes of this project include a better understanding of how climate and carnivore risks affect human decision-making, and how humans impact rangeland food webs by raising livestock and altering wildlife behavior and abundance,” Gilbert said. “It could lead to increased opportunities for coexistence between humans and wildlife in changing environments.”

The original release is available at: https://www.uidaho.edu/news/news-articles/news-releases/2021-spring/081621-climate-human-wildlife