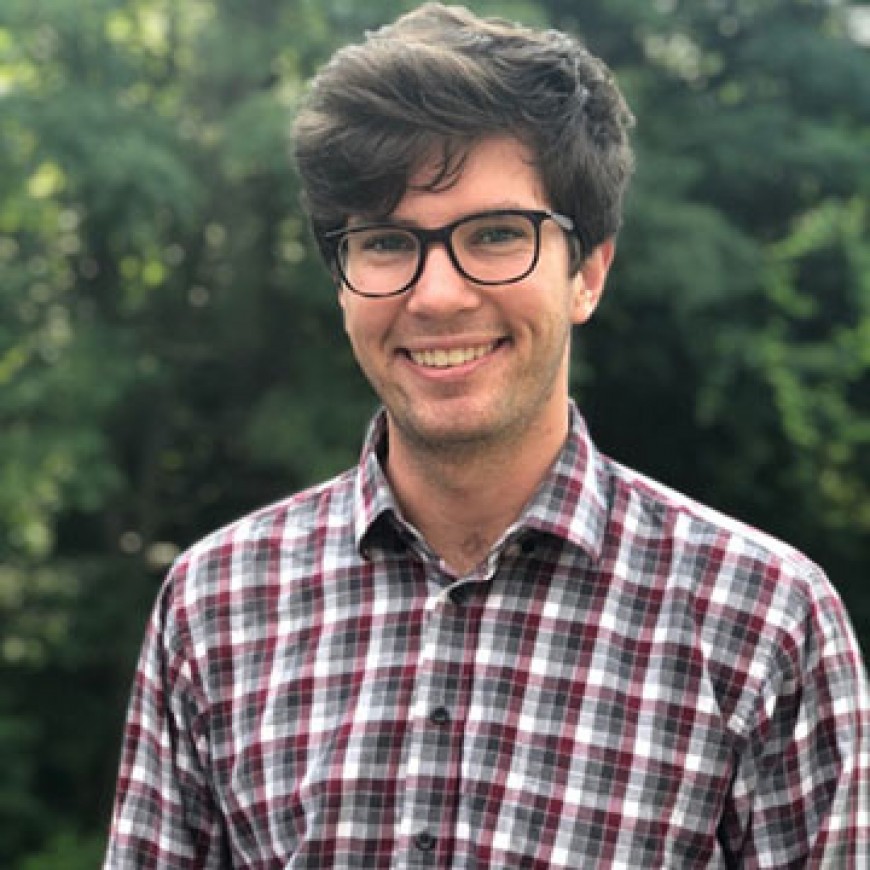 Stephen Hilton (MS/MSE ’20) is a dual-degree graduate who earned master’s degrees in sustainable systems and environmental engineering. He came to SEAS with an interest in water reuse—an outgrowth of living in Texas and California, where droughts were common occurrences. His study on “peecycling,” which he completed for his master’s thesis, was published in the journal Environmental Science & Technology last December.

Peecyling is the process of diverting urine away from municipal wastewater treatment plants and recycling the nutrient-rich liquid to make crop fertilizer. It would result in multiple environmental benefits when used at city scale, according to the study. The study modeled large-scale, centralized urine-diversion and fertilizer-processing systems—none of which currently exist—and compared their expected environmental impacts to conventional wastewater treatment and fertilizer production methods.

Hilton and his fellow researchers found that urine diversion and recycling led to significant reductions in greenhouse gas emissions, energy use, freshwater consumption, and the potential to fuel algal blooms in lakes and other water bodies. The reductions ranged from 26% to 64%, depending on the impact category.

Below, Hilton answers a few questions about the study.

I came to SEAS interested in water reuse and never really thought as much about what’s in water per se, and what other resources we could get from it. I began reading about how many nutrients there are in water, and how you can recover a lot of energy from wastewater, including through a process called aerobic digestion. I also discovered early on that phosphorus fertilizer is used in about half of the world’s food production, and that it comes from a nonrenewable resource called phosphate rock, which is found in only a few countries. The estimates of how long phosphate rock will last range wildly between 10 years and hundreds of years. We realized there’s a lot of phosphorus in urine and that diverting it would be a way to reduce how much phosphorus we need from nonrenewable resources, which could be one of many important steps taken to ensure food security.

What is one of the takeaways that stands out from your research?

What was your biggest challenge with the study?

Setting up the model itself was tricky but finding the data was often the harder part. When you’re doing a life cycle assessment, some of the data you need is easy to find. On the other hand, sometimes you need data that seems like nobody cared enough to have collected it or made easy to find. For example, I needed shipping data for conventional fertilizers. I looked through studies, industry reports, and just about every resource I could think of. It either wasn’t mentioned or was not in a form I could use. Eventually I found a 2003 congressional report about ethanol production. And then it ended up having such a little impact on the overall study.

There's still a lot of other questions to be answered about it. We looked at the environmental impacts of urine diversion but there are still a lot of social and economic assessments to be done. And this was a modeling study and not as much of a logistical study of how we would actually do peecyling. I'm hoping these results will be used to inform the need for those real-world case studies.

Read the full study: Life Cycle Assessment of Urine Diversion and Conversion to Fertilizer Products at the City Scale