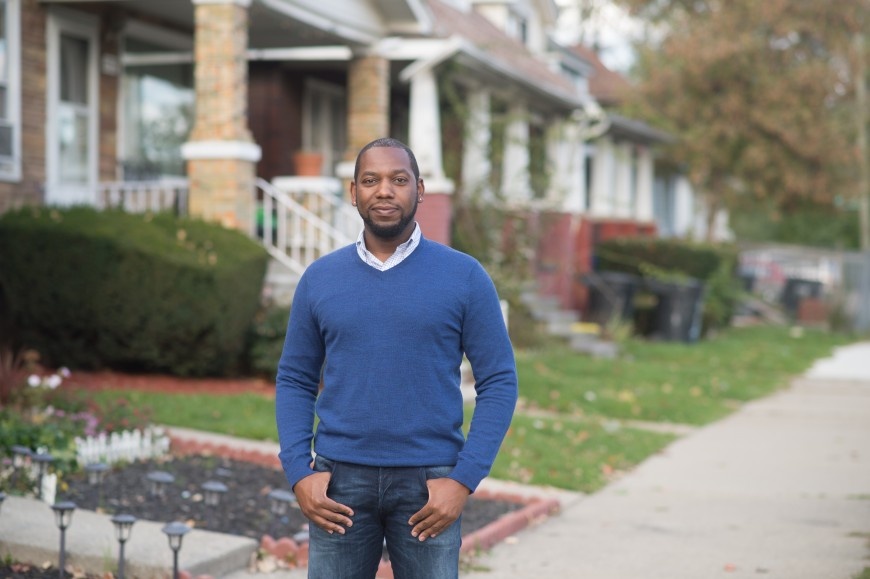 WASHINGTON— Dr. Tony G. Reames, deputy director for energy justice at the U.S. Department of Energy, was awarded the Jan Brinch Award for Collaboration in Public Service by the National Council on Electricity Policy at its annual meeting on September 22.

Reames received the award in recognition of his widely influential research into the intersections of affordability, access to clean energy resources and related disparities across race, class and place, which has been the cornerstone of discussions about equity among policy makers at all levels of government.

He catalyzed this work into action as associate professor at the University of Michigan School for Environment and Sustainability (SEAS) through the Urban Energy Justice Lab and the Energy Equity Project. These organizations brought groups of students and stakeholders together to create tools and frameworks to better identify disparities and elevate opportunities for a more equitable energy future.

Reames is currently on leave from SEAS while he is at DOE, leading the new Office of Energy Justice Policy and Analysis in the Office of Economic Impact and Diversity. In this role, he supports the implementation of the Justice40 Initiative and creation of a policy framework to permanently reduce energy burdens in disadvantaged communities.

He has also served on the Michigan Advisory Council on Environmental Justice and the Governor’s Climate Justice Braintrust, was a member of the Michigan Department of Health and Human Services’ Weatherization Policy Advisory Council and has worked with the cities of Detroit and Ann Arbor on implementing equitable climate action plans and affordable, energy-efficient housing.

“I appreciate this recognition by the NCEP,” said Reames. “Collaboration among state policy makers will be important to realize a more just energy future.”

“Dr. Reames’ work has been a foundational source of information for the discussion advancing equity as a pillar of energy policy,” said NCEP Executive Committee President and North Carolina Commissioner ToNola Brown-Bland. “I value his efforts to bring consumers, policymakers, and energy industry leaders together to address disparities in electricity service.”

The Brinch Award was established by NCEP in memory of Jeanette “Jan” Brinch, to honor public servants who similarly view their positions as opportunities to bring people together to accomplish public interest goals in the electricity sector. Jan’s family created a video dedication in her honor.