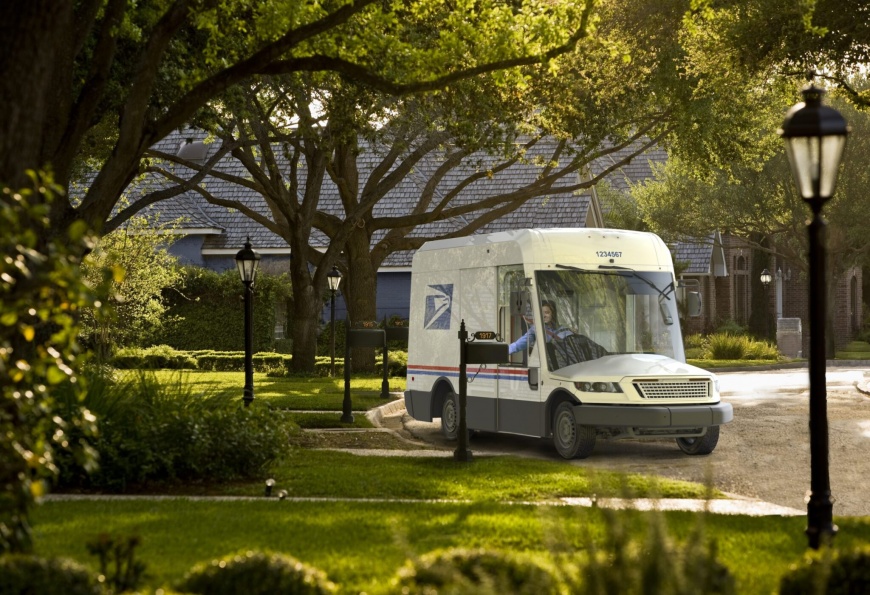 The Inflation Reduction Act signed into law by President Biden this month contains $3 billion to help the U.S. Postal Service decarbonize its mail-delivery fleet and shift to electric vehicles.

On the heels of the Aug. 16 bill-signing ceremony at the White House, a new University of Michigan study finds that making the switch to all-electric mail-delivery vehicles would lead to far greater reductions in greenhouse gas emissions than previously estimated by the USPS.

In its analysis of the potential environmental impacts of the Next Generation Delivery Vehicle program, the Postal Service underestimated the expected greenhouse gas emissions from gasoline-powered vehicles and overestimated the emissions tied to battery-electric vehicles, according to U-M researchers.

“Our paper highlights the fact that the USPS analysis is significantly flawed, which led them to dramatically underestimate the benefits of BEVs, which could have impacted their decision-making process,” said Maxwell Woody, lead author of the new study, published online Aug. 26 in the peer-reviewed journal Environmental Science & Technology.

The NGDV program calls for the purchase of up to 165,000 new mail delivery trucks over the next decade. The Postal Service said in February that at least 10% of the new mail trucks would be electric. But following blistering criticism from many quarters, the agency upped that number in July.

Though the Postal Service now says at least 40% of the new delivery vehicles will be electric, the flaws in the USPS environmental analysis remain and need to be addressed, said Woody, a research area specialist at the Center for Sustainable Systems, which is part of the U-M School for Environment and Sustainability.

The new study takes a second look at the two delivery-vehicle scenarios the Postal Service evaluated in its 340-page Final Environmental Impact Statement on the NGDV project, published Jan. 7.

U-M researchers conducted a cradle-to-grave greenhouse-gas emissions assessment—known as a life-cycle assessment, or LCA—of the two scenarios and reached some vastly different conclusions than the Postal Service did.

The U-M team determined that:

The Postal Service declined to comment on the U-M study.

In February, the agency announced it had completed the environmental review for its Next Generation Delivery Vehicle program and was moving ahead with plans to start purchasing the new trucks. At least 10% of the delivery vehicles would be zero-emissions electric models, while the remainder would be powered by gasoline.

In response, attorneys general from 16 states (including Michigan), the District of Columbia and several environmental groups sued the mail agency to block the original purchase plan or to force the Postal Service to buy more electric trucks. The agency later pledged to electrify at least 40% of its new delivery fleet.

The authors of the new study say the main reasons their findings differ substantially from the USPS results are:

“While our emissions results and USPS emissions values are on the same order of magnitude, the details of the USPS FEIS seem to have significant miscalculations and vary greatly from the established literature on vehicle LCAs,” the study’s authors wrote.

Study senior author Greg Keoleian said the new findings suggest the Postal Service should be deploying electric delivery trucks at a rate much higher than 40%. The failure to do so exposes a lack of sustainability leadership by the agency, he said.

Many of the largest private fleet operators—including FedEx, UPS, Amazon and Walmart—have begun electrifying their fleets and have more ambitious electrification and decarbonization targets than the current USPS purchase plan, he said.

“Each gas vehicle purchased locks in infrastructure for at least 20 years, which will cause the federal government to fall behind private vehicle fleets and will drive future greenhouse gas emissions that could be dramatically reduced by greater electric delivery vehicle deployment,” said Keoleian, director of the U-M Center for Sustainable Systems.

Ultimately, the USPS decision about next-generation delivery vehicles was based more on cost than climate-altering greenhouse gas emissions, he said. The agency estimated that an all-electric delivery fleet would have a total cost of ownership about $3.3 billion higher than a fleet with just 10% electric vehicles.

However, the recently signed U.S. Inflation Reduction Act includes $3 billion to help the U.S. Postal Service meet zero-emission vehicle goals: $1.29 billion for the purchase of zero-emission delivery vehicles and $1.71 billion for infrastructure to support those vehicles.

On top of that, the authors of the new study say the mail agency’s estimate of a $3.3 billion cost savings for the ICEV scenario failed to account for the climate and public health damages associated with continued use of fossil fuel-powered vehicles.

“Given the long lifetimes expected of these vehicles, committing to such a course contradicts U.S. climate policy and environmental justice goals, squanders an opportunity to deploy BEVs in an ideal use case, exposes a lack of sustainability leadership, and jeopardizes our ability to meet national and international climate targets,” the study authors wrote.

In addition to Woody and Keoleian, the authors of the Environmental Science & Technology paper are Parth Vaishnav and Michael Craig of the Center for Sustainable Systems at the U-M School for Environment and Sustainability.

The work was supported by Ford Motor Co. through a Ford-University of Michigan Alliance Project Award, by the Responsible Battery Coalition and by the U-M School for Environment and Sustainability.