The West’s water crisis is worse than you think 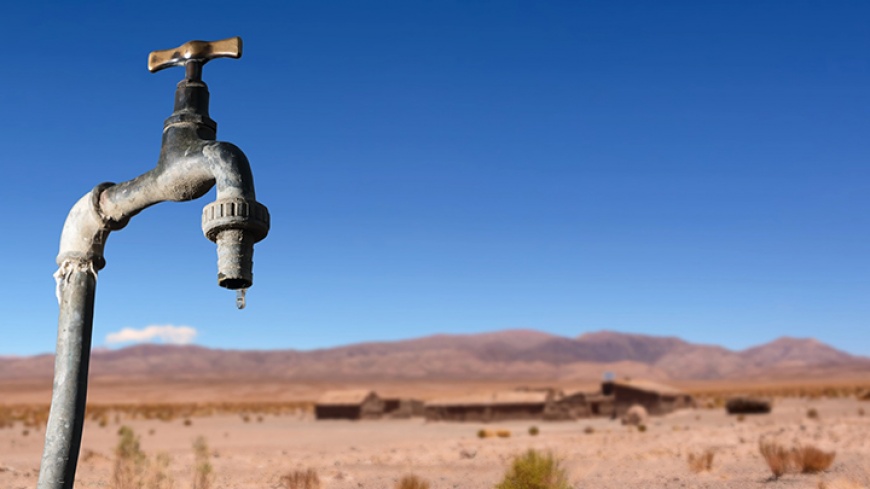 A couple of years back I moved from Arizona to Michigan, in part because I’m worried about the Colorado River’s growing water crisis.

I have good reason to worry. I lived in the West for over 35 years, first in Colorado and then Arizona, working as a scientist studying climate and hydrological change around the globe, but always with a special focus on the West and the Colorado River.

The West’s water crisis is worse than most think. You can see the lack of appropriate concern in the way the Colorado River is being managed. Most everyone is focused on meeting the declining water levels in the nation’s two largest reservoirs — Lake Mead and Lake Powell — solely with reduced water use.

Water levels are getting lower and lower because of two big problems. First, the long agreed-upon annual allocation of water to about 40 million users in seven states (e.g., California) and Mexico exceeds the supply of water flowing in the river. Second, and ignored by many, the water flowing in the river is also dropping relentlessly, as a warmer, drier climate reduces the amount from snow and rain that reaches the river.

The federal government has asked the seven states to solve the crisis by reducing their demand for water by up to 25 percent. So far, the states can’t agree on how to do this tough task equitably. They’ve been upping their water demand for years, and now they must reverse course and use a lot less if they want to keep the massive reservoirs from drying up. This task is complicated by the river’s legal framework, which dictates that some states must forsake more water than others.

This creates an opportunity for California to use its position of strength to help all the Colorado River Basin states create a more lasting sustainable water future for California and the rest of the region.

I can imagine many outcomes that might break the current deadlocked crisis. In one scenario, the states agree or the federal government demands (they do have that power), that all the states give up a share of the needed water allocation cuts. This has happened in the past when water savings were needed, and California has even been known to share water voluntarily. In this scenario, the current situation is just like in the movie “Ground Hog Day” — here we go again. A temporary fix to an ever-worsening problem.

However, the situation is far too grave to simply share the pain, make more cuts to the water demands and consider the job done. This is because climate change guarantees that the western water crisis will only worsen for as long as the planet keeps warming.

What’s not fair is that California is putting great effort into stopping climate change, while other Colorado River Basin states do less. Indeed, many leading politicians from Arizona, Utah and Wyoming don’t even acknowledge that human-caused climate change is a grave threat to their water, their forests, their economies and their region. It’s time for California to stand up and say no to continued water sharing unless the other six states of the Colorado River Basin all agree to step up and fight climate change as if the future of their states depended on it.

Fortunately, California should already have climate action allies in the other basin states. Colorado, Nevada and New Mexico are firmly committed to climate action. Moreover, majorities of people across the whole region favors action on climate change. The Southwest is also ideally situated for growth in wind and solar energy, and renewable energy businesses are already starting to boom across the region, including in Arizona and Wyoming. And crucially, the federal government has just made unprecedented funding available to fight climate change.

For a share of its Colorado River water, and the end of the 2022 water crisis, California should demand the formation of a “Southwest Climate Action Alliance,” in which every Colorado Basin state commits to at least halve their economy-wide greenhouse gas emissions by 2030 and be net-zero by 2045. Such an alliance would speed climate action in the United States as a whole, and thus around the globe. This would also place more states of the West with California at the forefront of the 21st century global energy transition. Concerted regional climate action would ensure that the flows in the very lifeblood of the region — the Colorado River — would stop declining and instead become a sustainable resource for generations of Californians to come.

Alternatively, the region can continue to pump its groundwater dry while the Colorado River flows less and less under a hotter and hotter climate, and so become an enduring poster child of climate disaster. It’s just not smart to ignore climate change while time to implement real solutions is rapidly drying up.

Jonathan Overpeck, a climate scientist, was the founding university director of the Southwest Climate Adaptation Science Center and is currently the Samuel A. Graham dean of the School for Environment and Sustainability at the University of Michigan. Follow him on Twitter: @GreatLakesPeck