back to all PhD profiles 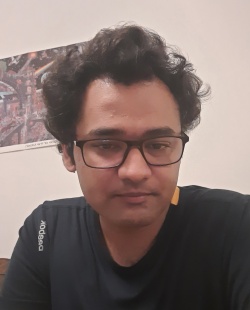 I am a Ph.D. student in SEAS humanities route Resource Policy and Behavior (RPB). I am a Fulbright Scholar with a background in Philosophy. I am interested in the intersection of Philosophy, Environmental Studies, and Environmental Justice. I am also working along the lines of developing a critique of the Anthropocene from a postcolonial perspective- the name itself, its implications, its politics, and its exclusions. My Ph.D. project will deal with the question of development and the proposed ecomodernists’ solutions towards tackling the situation we find ourselves in with respect to climate change. Will putting more and more modernity into the atmosphere save us from the chaos produced by modernity in the first place? I believe technology, much like development and poverty in the last fifty years, has the potential to be instrumentalized as a form of surveillance mechanism to hegemonize and strengthen further the already highly colonized world we inhabit. Hence, anti-coloniality, anti-racism, and anti-capitalism are the common themes I will be indulging in with my project. Specifically, I will be studying what such global geopolitical narratives have done to dislocate, dispossess, and dehumanize the local and indigenous populations of my own country Pakistan.