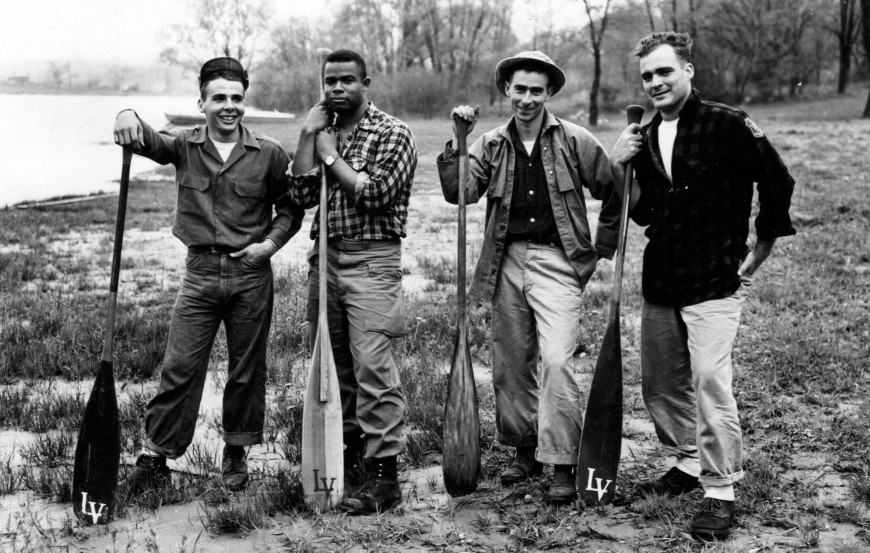 The decade of the 1950s was one of growth for the country and the SNR. Increased demand for forest products and wildlife management drove the need for the school to produce graduates capable of meeting the ever-increasing complexities of managing forests and wildlife habitat.

The forest products industry invested millions of dollars in reforestation efforts and forestry research in cooperation with forestry schools, the U.S. Forest Service, and many state forestry agencies. This effort required the expertise of well-trained foresters from the University of Michigan. It was not a surprise that these same foresters rose to leadership positions throughout the United States.

In 1952, the first Master in Wildlife Management and Master of Science in Conservation were conferred, and the first Master of Science in Fisheries was established. The following year, in honor of its 50th anniversary, the school was lauded by U-M for teaching wise management and use of natural resources as an important factor in the nation’s economic and social well-being.

The time is now ripe to replace that school with a still more comprehensive School of Natural Resources which would again be the first of its kind.

SNR recognized that the problems of the day required a broader education and set of skills, and that collaboration with other schools was a significant part of the solution. In 1953, SNR partnered with the business school, and inaugurated a combined program in which SNR students qualified for an MBA with only one additional year of study. A similar collaboration was made with the school of education to broaden the knowledge base of SNR graduates.

Two professors who joined the faculty in 1964 left a lasting impact on generations of students: Burt Barnes, who pioneered an ecosystem approach to landscapes, and Bill Stapp, recognized as the founder of environmental education.

Reflecting the need to continually broaden its educational base, SNR acquired the Department of Landscape Architecture in 1965. During this period, SNR also instituted a naturalist curriculum and expanded its offerings in forest recreation. The latter development resulted in the endowing of the Samuel T. Dana Professorship of Outdoor Recreation.

An abiding love for the outdoors, hard work and camaraderie at Camp Filibert Roth; Burt Barnes’ Woody Plants course; and plaid shirts worn as “formal attire” at the annual Paul Bunyan Ball…these are the memories that alumni from the 1950s and 1960s most often share with us.

Within a few years, Samuel Dana’s vision of a comprehensive program that would achieve widespread acclaim had been realized. Soon, a great many of the major textbooks used as the basis for educating foresters and wildlife managers at schools throughout the United States were authored by SNR professors.

Over my career as a resource manager, first in forestry, then in wildlife, my time with Burt left me with a clear understanding that ecosystems are bigger than the sum of their individual parts and that individual ecosystem components are interdependent… Burt’s mentorship prompted me to devote my life to working in the woods and fields of northern Michigan and to building a career around ecosystem management.