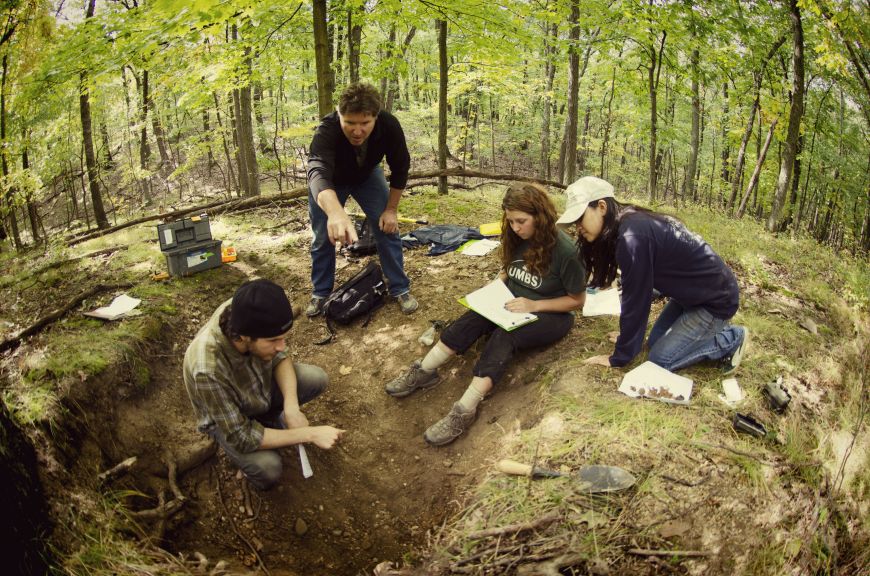 Donald R. Zak, one of the nation’s foremost ecologists and a leader in the study of soil microbial communities, has been named a Distinguished University Professor, one of U-M’s highest honors.

“It's really very special, and I’m humbled by it,” says Zak, whose appointment as the Alexander H. Smith Distinguished University Professor of Ecology took effect September 1. “The only way it’s possible is with the support of outstanding students and great colleagues.”

Zak—who earlier this year was named a 2020 Fellow of the Ecological Society of America, the world’s largest community of professional ecologists—joined the U-M faculty in 1988. In addition to his appointments as the Burton V. Barnes Collegiate Professor of Ecology and an Arthur F. Thurnau Professor, Zak holds a joint appointment in the Department of Ecology and Evolutionary Biology in U-M’s College of Literature, Science, and the Arts.

“My best moments are watching my students be successful,” Zak says. “I enjoy those a-ha moments in the field when they can put together what they’ve learned from first principles in the lecture with what they’re seeing in the field and how it clicks.”

As the principal investigator in the SEAS Soil Lab, Zak’s research investigates links between the composition and function of soil microbial communities and the influence of microbial activity on ecosystem-level processes. This work draws on ecology, microbiology, and biochemistry and is focused at several scales of understanding, ranging from the molecular to the ecosystem scale. Current research centers on understanding the link between plant and microbial activity within terrestrial ecosystems, and the influence climate change may have on these dynamics.

“Professor Zak is a preeminent scholar and has earned international acclaim as a scientist of the highest order,” says Jonathan T. Overpeck, the Samuel A. Graham Dean and William B. Stapp Collegiate Professor of Environmental Education at SEAS. “He is a remarkably accomplished educator who has developed and applied a pedagogy of experiential learning for the betterment of Michigan students. He injects vital leadership and effort into service activities to produce innovations in university programs and scholarly products. And he is one of those special scholars who, defying tradeoffs, simply excels at everything he does.”

The Distinguished University Professorships were established in 1947 to recognize senior faculty with exceptional scholarly or creative achievements, national and international reputations for academic excellence and superior records of teaching, mentoring, and service. Each professorship bears a name determined by the appointed professor in consultation with his or her dean.