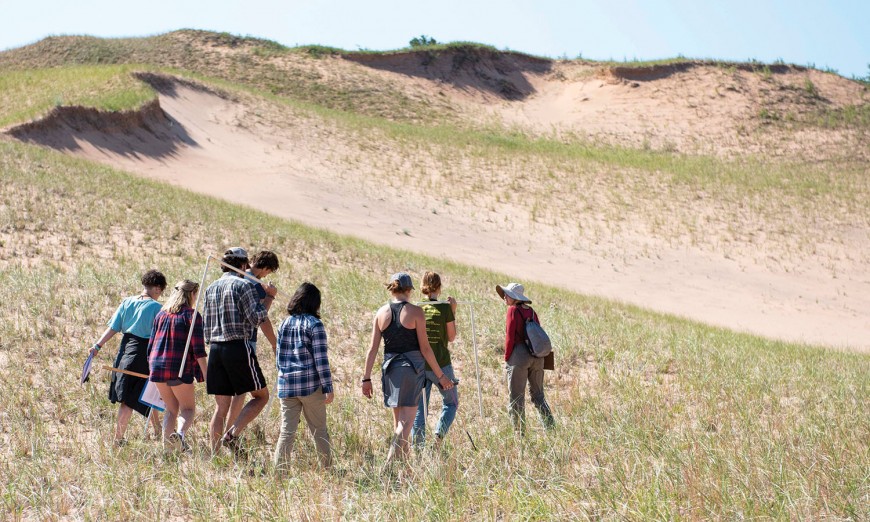 “Obtawaing” is the Anishinaabemowin word for “at the halfway place.”

It was the name for the center of the Odawa village that used to stretch 16 miles along northern Lake Michigan, near the town of Harbor Springs and the hamlets Good Hart and Cross Village, says Frank Ettawageshik, executive director of the United Tribes of Michigan and former tribal chairman of the Little Traverse Bay Bands of Odawa Indians in Harbor Springs.

Now, the word has been adapted to describe the Obtawaing Biosphere Region, a newly awarded designation springing from the U-M Biological Station (UMBS) in Pellston.

The designation is a renewal of UMBS’ status as a UNESCO Biosphere Reserve, originally granted in 1979. The biosphere had included the 13,000 acres of lands managed by UMBS. Now, as the name Obtawaing reflects, the biosphere region includes the converging areas of two Michigan Peninsulas, three Great Lakes, and a diversity of cultures. It loosely spans Michigan’s northern Lower Peninsula and southeastern Upper Peninsula, stretching from the Sleeping Bear National Lakeshore and across the Mackinac Straits to Sugar Island, near Sault Ste. Marie. 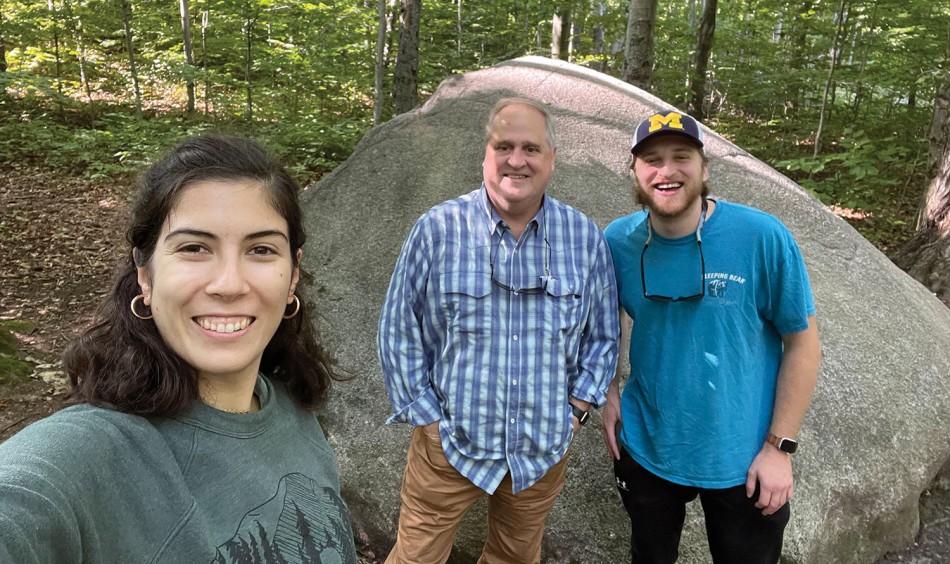 The redesignation effort was led by Knute Nadelhoffer, former director of the UMBS and professor emeritus in the U-M Department of Ecology and Evolutionary Biology. As Nadelhoffer and Adam Schubel, resident biologist at UMBS’ Pellston campus on Douglas Lake, were beginning to grapple with UMBS’ redesignation, Jon Allan was visiting a UNESCO biosphere reserve thousands of miles away, in Switzerland.

“I saw three dots on the Great Lakes side of North America. One was at Isle Royale, one was at the U-M Biological Station, and one was in the Lake Champlain watershed, on the boundary of the Adirondack Park,” Allan says. “I’m the guy who’s supposed to understand the significance of the Great Lakes, and not just the biological and hydrogeophysical elements of the lakes, but the fish and the culture and our people—and I had never heard of these three places designated as internationally important areas.”

At a 2018 meeting in Brockville, Ontario, of nine UNESCO Biosphere Reserves in the Great Lakes Basin, Allan reached out to Nadelhoffer to become involved.

UNESCO biosphere reserves consist of three interrelated zones. Each region has a core zone. This “strictly protected” zone is committed to the conservation of landscapes, ecosystems, species, and genetic variation. Obtawaing has several core zones, including the UMBS in Pellston; the UMBS Chase Osborn Preserve; and an array of land preserves protected by organizations including the Central Michigan University Biological Station on Beaver Island, Sleeping Bear Dunes National Lakeshore, sovereign tribal nations, and several land conservancies.

Radiating out from these core zones are buffer zones, or areas “used for activities compatible with sound ecological practices that can reinforce scientific research, monitoring, training, and education.” Obtawaing is unique among the world UNESCO biospheres for having numerous core areas where biological diversity is generated and sustained, Allan says.

“It’s what I like to call the peppered landscape—it’s pretty highly fragmented. It’s not just Sleeping Bear National Lakeshore or the U-M Biological Station, but hundreds of both state and federal protected lands that will form the basis of a multiple core model,” Allan says. “So then, the question becomes, what knits them together? I’m not just saying what physically knits them together, like a path or a trail. But what intellectually and spiritually knits them together?”

This knitted area is what UNESCO calls the third zone, or the transition area, where the program hopes to help communities “foster socioculturally and ecologically sustainable economic and human activities.” It’s a zone in which leaders of the program seek to foster humans’ sustainable relationship to the environment they inhabit, and they enlisted SEAS graduate students to help document how people live and work in the region.

Daniela Fernández Méndez Jiménez, Kate Montero, and Samuel Frederickson began working with Allan as part of their SEAS master’s project. The students researched other biosphere regions and based on their research and visits to Northern Michigan, aim to provide possible organizational structures that Obtawaing can implement, Fernández says.

“What really drew me to this project is that it seemed like it was a microcosm of what we need to do in the world, which is to collaborate with partners, to figure out how to move forward when it comes to environment and sustainability—especially with partners who have different points of views and different experiences and organizations that approach things very differently,” says Fernández, whose specializations are Behavior, Education, and Communication and Ecosystem Science and Management.

As part of their work on this project, the students joined Allan for tours of the Obtawaing Biosphere Region. They started in Cadillac, Michigan, and wound toward the Lake Michigan shoreline, making stops at sand dunes in Arcadia; the beach town of Elberta; Maple City and Cedar, where the students found a Polish community and cultural center; and over to Traverse City, renowned for its cherry orchards and wineries. During a second trip, the group visited Beaver Island and UMBS, as well as other towns and cultural sites in the Tip of the Mitt.

For Frederickson, the trip was a way to see in person the land he was mapping as his contribution to the project. Along with Allan, he is creating a repository of spatial data—maps of rivers, watersheds, roads, and other lands—that Obtawaing’s partners can access and use.

“This is a project that will be going on beyond our time at U-M,” says Frederickson, who is specializing in Geospatial Data Sciences and Ecosystem Science and Management. “We’ve just been helping to get it on its feet and getting it into a position that will be successful for however long Obtawaing exists—hopefully forever.”

This is an edited version of an article that was originally published by Michigan News. It is reprinted with permission.