A Champion for Justice

Karen DeGannes (MS ’91, PhD ’13) came to U-M with a “fire in her belly for clean energy and climate.” She had enrolled in U-M’s urban planning program as a transfer student from Carnegie Mellon’s public policy school. However, DeGannes was encouraged to explore SEAS by her adviser, who knew that her environmental interests could be more fully developed at the school.

DeGannes’ introduction to environmental justice (EJ) was through the NR 576 course, co-taught by Professors Bunyan Bryant and Patrick West, which convinced her that SEAS was the right fit—even as it forced her to step outside her comfort zone. An early assignment involved interviewing residents whose homes were near the Sumpter Landfill.

“I didn’t want to do it. I was new to Ann Arbor, I didn’t have a car or a driver’s license, and I had to figure out how to get the courage to walk up to people and start talking to them about their neighborhood,” DeGannes admits. “It broke me in, and that was the start of a long journey that has led to an amazing career. I have learned a lot about collaboration from the communities themselves.” 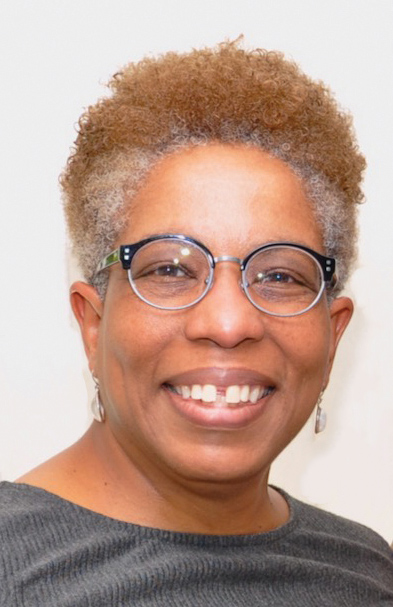 DeGannes’ career has included co-founding an EJ nonprofit, Environmental Justice Solutions (EJS), with SEAS graduate Torri Estrada (MS ’97). EJS supported a San Francisco Bay Area EJ organization in building a coalition of supporters and winning a $750,000 grant for the cleanup of Yosemite Slough. Research conducted by DeGannes, Estrada and their SEAS colleague Robin Saha (MS ’96, PhD ’02) also changed the State of California’s peaker plant siting policy during the rolling blackouts in the 2002 deregulation crisis. In addition, DeGannes consults with EJ organizations and local governments on decarbonization and energy transition with an emphasis on supporting frontline communities in the creation of neighborhood energy and climate resilience centers, and she has been engaged in the design of neighborhood-scale, affordable clean energy pilots.

All of that is in addition to DeGannes’ full-time job at Pacific Gas and Electric, where, as the company’s environmental justice lead, she supports the utility in building trust with communities and meeting its environmental and social justice regulatory requirements.

DeGannes, who also serves on SEAS’ External Advisory Board, attributes her success to her SEAS education, which she says instilled in her the need for evidence-based approaches and appropriate forms of measurement and metrics, as well as collaboration and a sense of community.

“I sat on the floor in a room while the Principles of Environmental Justice were being developed and debated,” DeGannes recalls, “and it was amazing and inspiring to be one of those students surrounded by all the leaders and supporters of the EJ movement from across the country.”

After returning from the First People of Color Environmental Leadership Summit in 1991, DeGannes, with other SEAS EJ colleagues, applied for and won a U-M Presidential Initiative grant to seed a student-led EJ course at SEAS, based on having some of the Summit speakers come to Michigan. The course pack was provided by friends from the University of California, Berkeley, who had also attended the 1991 summit.

Another amazing experience occurred after DeGannes graduated with her master’s degree in natural resources. Having completed her thesis on the unintended impacts of the Comprehensive Environmental Response, Compensation and Liability Act (CERCLA) on urban redevelopment (brownfields), she arrived on the first day of an internship with the EPA only to discover that the agency was tasked with writing a Congressional white paper on the same topic.

Though DeGannes’ EPA manager supported the idea of her master’s thesis research becoming the basis for the EPA’s white paper, it took some convincing of the other agency experts before they, too, accepted the idea. “Those scientists weren’t going to just listen to some upstart student from U-M,” DeGannes says. “The way I had to get their agreement was to build relationships and demonstrate that my technical chops were solid, which goes back to my Michigan education.”

While DeGannes admits these experiences were “mind-blowing,” she doesn’t think they are all that unusual. “These types of stories are true for a lot of SEAS students,” DeGannes says. “We come out of SEAS with a combination of amazing skills and different experiences, and we do interesting things in the world. It’s just part of our DNA.”