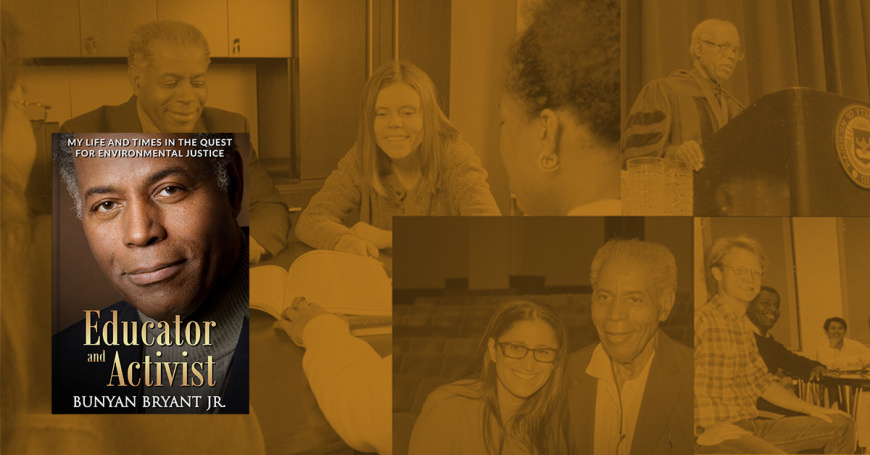 An excerpt from “Educator and Activist: My Life and Times in the Quest for Environmental Justice,” by Bunyan Bryant Jr., a professor emeritus at SEAS and a pioneer in the environmental justice movement. His memoir was published in April 2022.

Over time, our program’s focus on environmental advocacy became part of the broader emerging field known as environmental justice.

I first heard the term in 1976 at Working for Environmental and Economic Justice and Jobs, a conference sponsored by the United Auto Workers (UAW) at Black Lake near Onaway, Michigan. Two former students of the U-M Environment Advocacy Program, Margaret Allen and Phil Perkins, a husband-wife team working for UAW, played a major role in organizing it. This conference brought together over 350 people from diverse groups, such as labor unions, environmental and civil rights organizations, and community groups, as well as farmers, Native Americans, Blacks, and whites, to discuss environmental and economic justice and jobs. This conference had a profound effect upon me, and ultimately on my teaching. The participants were locked up together for three days, trying to understand one another. The debate was intense. “Until you talk about my having food, shelter, and clothes, I’m not listening to any appeals from environmentalists,” a Black woman from Detroit shouted out in a workshop. She spoke for many people at the conference. Labor members thought that environmental regulations caused companies to close shop and move to places with fewer regulations, leaving people jobless and eroding the tax base essential for city services.

Environmentalists brought a different perspective to the conflict. When pollution and toxic waste go unchecked, they poison our communities and cause sickness and even death. What good is it to have a decent-paying job if one becomes too ill to enjoy life? Environmentalists argued that it was not an either/or choice; workers could have both good jobs and a clean environment in which to work and live.

The conference resulted in a greater appreciation for and understanding of diverse views and the need for all groups to work cooperatively for both environmental quality and economic justice. But the UAW dropped the ball. The union’s leaders failed to see that environmental justice and environmental protection would mean, in the long run, more jobs and cleaner jobs.

In the 1970s and 1980s, students from the Environmental Advocacy Program became increasingly involved in working to support the concept of environmental justice. Their work took a number of forms.

Many of our students joined forces with labor unions to increase their awareness of environmental issues and safety in the workplace. They organized communities to fight against tax increases to finance the construction, repair, or clean-up of nuclear power plants. They fought to close nuclear power plants because they were unsafe and the energy companies that owned them had failed to dispose of nuclear waste properly. They worked to reverse the tide of plant closings leaving cities with an eroded tax base. They worked for adequate fire, police, and social-service protections as companies moved to distant shores for cheaper labor, resources, and less stringent environmental regulations, turning U.S. cities into wastelands and breeding grounds for crime and delinquency. They worked with communities to close incinerators and advocated for reduction of waste streams through recycling as an alternative to a heavy reliance upon landfills. They worked with numerous communities to improve their existing housing stock and to build affordable housing for low-income people. Across the nation, they worked in such organizations as Oregon Fair Share, Ohio Public Interest Campaign, Connecticut Citizen Action Group, Association for Community Organizations for Reform Now (ACORN), the Citizens Energy Coalition, and in various city planning and government agencies.

As you can see from this list, the students my colleagues and I trained have been a powerful force for positive change across the United States. I’m very proud to have played a role in inspiring these idealistic and energetic young people to serve our nation in this way. 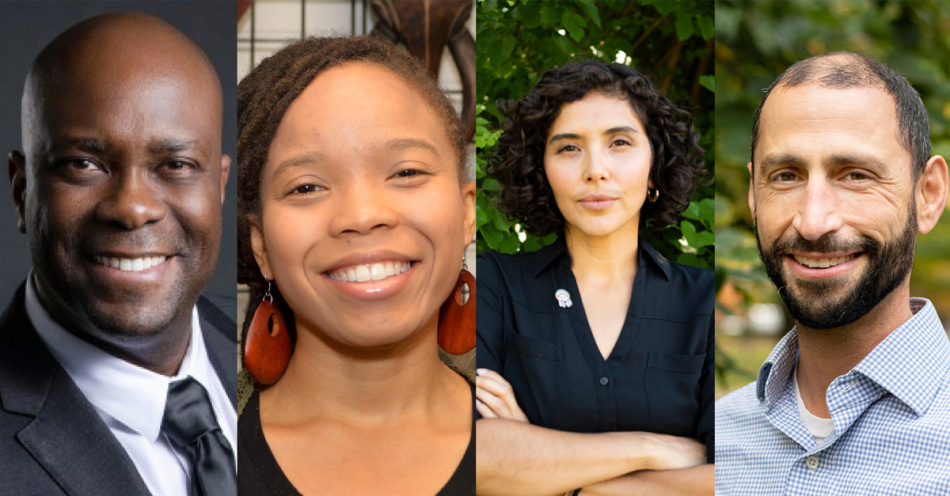 SEAS is growing its Environmental Justice (EJ) program with the addition of new hires whose real-world expertise will give students the opportunity to learn from leaders with a track record of making genuine change. SEAS welcomes the following EJ experts to the program:

Michelle Martinez (MS ’08), the inaugural director of the Tishman Center for Social Justice and the Environment and a SEAS lecturer. Martinez, who studied under Professor Bunyan Bryant, will continue to build on Bryant’s legacy of activism and involvement in grassroots movements.

Justin Schott (MS ’06), a SEAS lecturer who is teaching an energy equity course this fall in addition to continuing his role as project manager of SEAS’ Energy Equity Project. He previously worked at EcoWorks, a Detroit nonprofit focused on sustainability and community development.

Cedric Taylor who, after a successful year of teaching an environmental justice course about Flint, will remain with SEAS through 2023 as a visiting associate professor. He is teaching What Happened in Flint: The Causes and Consequences of the Water Crisis and Documentary Filmmaking for Activism: Benton Harbor.

shakara tyler, a SEAS lecturer who is teaching an environmental justice course this fall. She works with Black farming communities in Michigan and the Mid-Atlantic, with a focus on sustainable food systems.