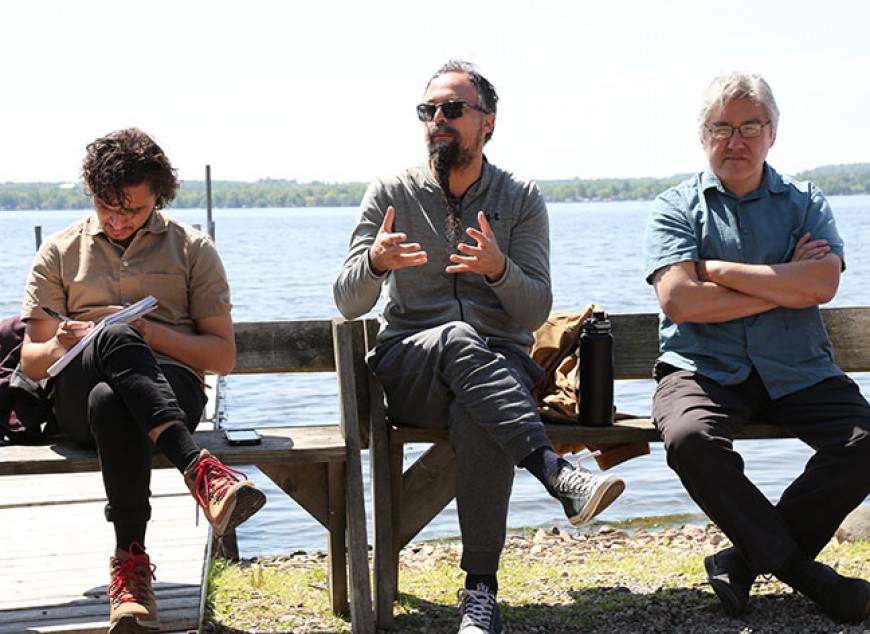 Caption
Dr. Kyle Whyte facilitating at a talking circle with Indigenous participants at the Indigenous Planning Summer Institute at the
Menominee Nation.

As a newly appointed member of the White House Environmental Justice Advisory Council, Dr. Kyle Whyte wants to elevate the voices of those most affected by pollution, climate change, and other environmental issues.

It’s a welcome opportunity for Whyte, the George Willis Pack Professor of Environment and Sustainability, who has long advocated for Indigenous people and their rights. His research focuses on how to support Indigenous people in their efforts to protect the environment and advance environmental justice, which involves a three-pronged approach emphasizing education, collaboration, and policy change.

“In my work I attempt to move the needle in a couple of different ways,” says Whyte, who joined the SEAS faculty in Fall 2020. “First, I think that it’s really important to prepare future generations of Indigenous persons and people of color to be able to become leaders and take on issues like climate change. That involves understanding that Indigenous people and people of color are facing environmental policies that create situations where it’s harder for them to adapt to climate change and where they are experiencing environmental injustice, such as higher levels of pollution. If we can expand the network of people that have opportunities to learn about environmental inequities and how our communities can best plan for climate change, it stimulates the movement and creates more action.

“I'm also focused on doing research that helps Indigenous and non-Indigenous people collaborate to address environmental issues,” he adds. “Climate change is global; it’s not something that each community, or each tribe, can tackle by themselves. A key part of that is having critical conversations about the different ways in which Indigenous and non-Indigenous people use their knowledge of the environment and work together to address climate change.”

Lastly, Whyte focuses on changing policy and writing about what justice means for Indigenous people, “including the laws and policies that have a huge impact on the options that Indigenous people have for responding to climate change and other environmental issues.” 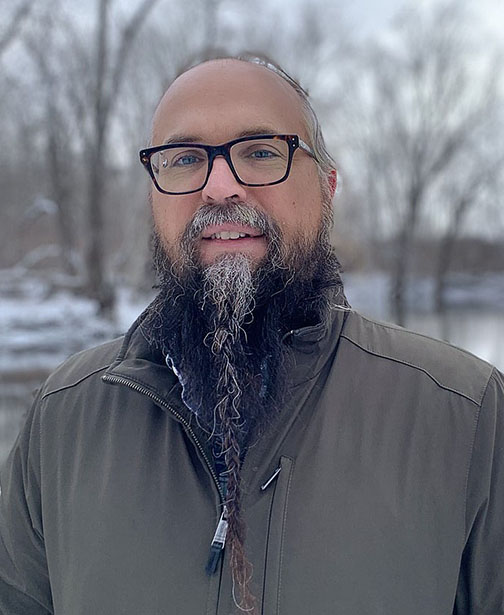 Effects of Climate Change on Indigenous People
Because of their close relationship with and dependence on the environment, Indigenous people experience the effects of climate change directly, says Whyte, who is Potawatomi and an enrolled member of the Citizen Potawatomi Nation.

Warming water temperatures and changing precipitation patterns, for instance, are disrupting Indigenous cultural and economic practices tied to fishing, hunting, gathering food, and harvesting medicine. An even more dire consequence of climate change for Indigenous people is the loss of land and resources, which is compounded by bureaucratic hurdles that prevent Indigenous people from engaging in their own resettlement.

“Part of the reason why these climate change issues are so stressful is that Indigenous people are already living in a situation where the lands that our communities originally inhabited have been reduced to a fraction of what they were historically,” Whyte notes. “A number of tribes are having to relocate from their places of permanent residence due to climate change, and now those communities occupy very small reservations or service areas with limited opportunities for them to adapt to climate change. If you can’t engage with a particular plant or animal culturally or economically on a reservation, and you can’t really go anywhere because it could be illegal, how do you survive? Most countries, including the United States, have not worked out administrative processes for the resettlement of Indigenous people that will be healthy for us.”

A Catalyzing Moment
Whyte, who previously taught at Michigan State University, was drawn to teaching at SEAS because of its Environmental Justice (EJ) program. As a PhD student in philosophy at Stony Brook University in New York, Whyte was inspired by the research of SEAS environmental justice leaders Bunyan Bryant, Paul Mohai, and Dorceta E. Taylor.

“Their scholarship really made visible to me that you could do academic work that was meaningful for communities and that was meaningful for changing policy,” Whyte says. “That was definitely a catalyzing moment for me—when I realized I could have a career as a professor focusing on what I am most passionate about, which is supporting environmental justice for Indigenous people.”
Whyte teaches two courses at SEAS: Indigenous Peoples and Climate Justice, and Indigenous Sustainability and Environmental Justice. The latter course, which had a waitlist during the winter semester, is one that Whyte hopes every SEAS student will consider taking, regardless of specialization, as it offers insight into how Indigenous people approach sustainability, the environmental injustice they face, and the solutions they bring to sustainability and climate change issues.

The course materials represent perspectives of diverse Indigenous peoples, Whyte notes, and incorporate science and the arts—including literature, film, video games, and other types of artistic media—as a means of “deepening how students understand the significance of sustainability and environmental justice for Indigenous people.”

Understanding the environment from an Indigenous perspective is not only useful for students, Whyte says, but necessary for their careers as environmentalists. “I’ve tried to gear the course toward SEAS students and where they are coming from as emerging environmental leaders,” Whyte says. “Whether they’re focused on environmental justice or not, their success as an environmentalist will be tied to their ability to partner with or work for Indigenous people.”
Whyte says he was encouraged by the class’s waitlist, as it signals that students “take seriously the idea that we live in a multicultural world, one that’s rife with injustice.”

The Next Chapter of Environmental Justice
As one of SEAS’ newest faculty members, Whyte says he looks forward to building upon the school’s rich history of environmental justice, one that began when Professors Bunyan Bryant and Paul Mohai launched the first EJ program in the United States that offers both undergraduate and graduate degree specializations.

Whyte says the “next chapter of the EJ program,” as he describes it, is one that elevates the voices of diverse communities that have been most affected by environmental injustice. “I really want the EJ specialization to be a place where students are exposed to a dynamic learning community that is focused on grassroots solutions to environmental injustice issues,” he says, “and where the voices of Black, Latinx, Asian American, and Indigenous people are uplifted and put in dialogue with so many other cultures and communities all over the world.

“I also want the EJ program to be a place where we can really learn about what it means to be in a coalition,” Whyte adds, “and where the traditions of people who are not from dominant societies are ones that are valued unapologetically.”