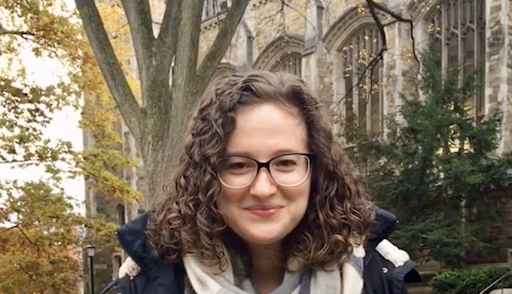 Rebecca Lowy earned an undergraduate degree in geosciences, then applied her expertise to the environmental remediation field in the New York City area—but in the back of her mind she wanted more. She kept thinking about how one of her undergrad classes had covered the film “A Civil Action” (starring John Travolta), which depicted the 1986 class-action lawsuit Anderson v. Cryovac, Inc., et al. The lawsuit pertained to waste that contaminated the local water supply in Woburn, Massachusetts, and led to increased cancer rates among the locals. The law agency pursuing the civil suit needed to prove the chemicals from two nearby industrial companies had contaminated the water of those impacted by the pollution.

“The lead expert in the case spoke to our class. Part of the discussion involved how to model the flow of the groundwater to see if the impacted water reached these residences before the associated illnesses and cancers,” Lowy said. “The witness forgot to include soil porosity in their model estimating groundwater flow. This was a lightbulb moment for me. If someone in the courtroom knew the science behind this modeling besides the experts themselves, this error could have been corrected and the victims would have achieved justice and forced the companies to start remediation at an earlier date.”

This realization would later drive Lowy to pursue a dual degree from SEAS and Michigan Law School. “Regulatory standards are often insufficient to protect public health from contamination of groundwater and air. These regulations are the bare minimum of what can be done to protect people and the environment,” Lowy said. “I wanted to bring my scientific background and interest areas to get a better sense of how these issues are approached legally. I love science and talking about these issues from a fact- and evidence-based field. Law is developed over time. What was decided 400 years ago becomes precedent, and consistency in courts is important. This legal precedent doesn’t always take into account the newest facts and figures of environmental pollution. I wanted another degree in science and to engage in these issues on a deeper level.”

Lowy lauds the connections she’s made in the SEAS and Michigan Law communities. “Both the Law School and SEAS offer vastly different career goals, and that also reflects the way the two communities differ. SEAS is in the environmental world, which focuses much on coalition building between scientific experts, policy makers, and environmental justice advocates. The law itself is an adversarial system, and so much of the focus in law school is on building your best arguments. These approaches actually end up complementing each other well. Balancing the work and supportive relationships I’ve developed with professors and students at both schools has been a great way to build community, while simultaneously broadening my professional network.”

During the past two summers, Lowy interned at the Environmental Protection Agency headquarters and the Natural Resources Defense Council in New York City. She is still figuring out what her future career aspirations will entail, but knows her career will involve assessing legal frameworks and environmental expertise in order to advance issues of environmental equity. “That is one of the benefits of a dual degree that isn’t often talked about,” Lowy said. “Being able to discuss both legal and scientific topics in-depth and developing the ability to flip topics, but still maintain fluency in both, is a critical skill that has made me much more capable than a more traditional degree would have offered.”