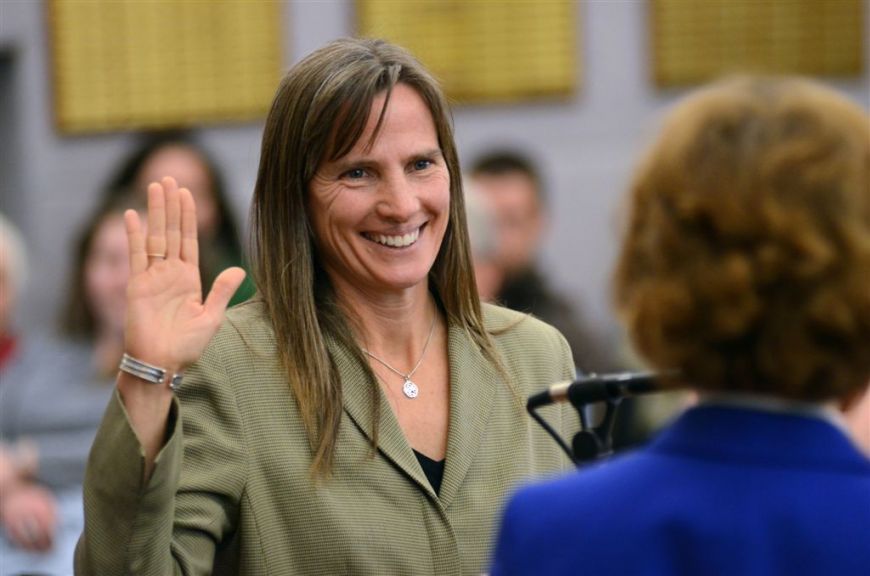 Elise Jones strives for success in all of her endeavors – personal and professional alike. This inspiring woman backpacked all 2,300 miles of the Pacific Crest Trail solo in 1991 and was on the team that won two Ultimate Frisbee masters national championships. And she has an impressive track record fighting for people and the planet as a Boulder County Commissioner. Growing up in urban Kansas City, coupled with summer trips out West with her family, fostered Jones’s long-standing passion for social justice and conservation. These interests converge in her main focus as a county commissioner: sustainability. A key component of her efforts is working to shift more traffic to multi-modal transportation options to reduce fossil fuel consumption, and to locate affordable housing near transit lines to provide transportation access for lower-income residents. In 2004, when Jones was still serving as executive director for the Colorado Environmental Coalition, she was a critical advocate for the passage of the FasTracks public transit expansion plan. A $4.7 billion initiative, FasTracks included new commuter rail, light rail, and bus rapid transit for the Denver Metro region. Now, as a county commissioner, Jones finds herself implementing the remaining pieces of FasTracks. For example, a year ago, Boulder County added a managed lane on US 36 open to bus rapid transit and carpoolers, as well as toll-paying single-occupant vehicles, and an 18-mile bikeway was installed between Boulder and Denver. The project has seen overwhelming success. Bus ridership has increased 60 percent, 300 cyclists use the bikeway to commute every day, and enough people are using the managed highway lane that it has increased travel speed across the non-managed general purpose lanes as well.   “This serves as an example of how you can enhance mobility in a multi-modal way without simply adding another highway lane that will get clogged by traffic,” comments Jones.