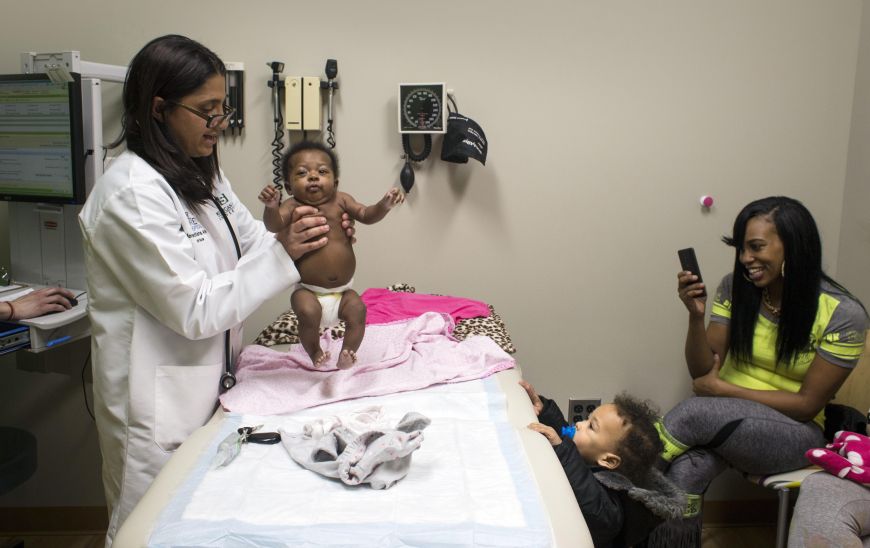 Had Dr. Mona Hanna-Attisha not had a chance conversation with a friend, she may have never been driven to sound the alarm over dangerous amounts of lead in Flint's drinking water and to alert its people to the fact that 8,000 to 10,000 kids under the age of 6 had been exposed to the potentially deadly neurotoxin. That friend, a water expert who had worked for the EPA, told Hanna-Attisha, a mother of two herself, that it had been discovered that Flint homes contained elevated amounts of lead. “When pediatricians hear anything about lead, we absolutely freak out,” Hanna-Attisha said. After researching her hospital’s records and discovering that the number of Flint children with elevated blood-lead levels had doubled and, in some areas, tripled since the city began drawing its water supply from the Flint River in 2014, she went public with her findings. “We had an ethical, moral, professional responsibility to alert our community about this crisis, this emergency,” she said. At first, the State of Michigan tried to discredit her research. “I was called an ‘unfortunate researcher.’ It was said that I was causing ‘near hysteria.’ That the state’s numbers didn’t jive with my numbers,” Hanna-Attisha said. “But we were fighting for the future that lives and grows in our children. This was not a fight we could lose. And finally, the truth of our science spoke truth to power.” Since bringing the Flint lead issue to national and international attention, Hanna-Attisha has been honored numerous times, including Time magazine's 2016 list of the World's 100 Most Influential People and the American Academy of Pediatrics Presidential Award. Hanna-Attisha’s next mission is to flip the story for Flint kids by building a model public health program, the Pediatric Public Health Initiative, and to raise $100 million for the Flint Child Health & Development Fund, a program under the Community Foundation of Greater Flint to support the subsequent needs of the children exposed to lead. “We are at a time in our nation where we have the potential to see many environmental injustices and many more Flints. The credibility of science is under attack,” she said. “If we don't raise our collective voice as scientists and advocates fighting for environmental protection and justice, our values, our environment, and people's lives and livelihoods will be at risk.”