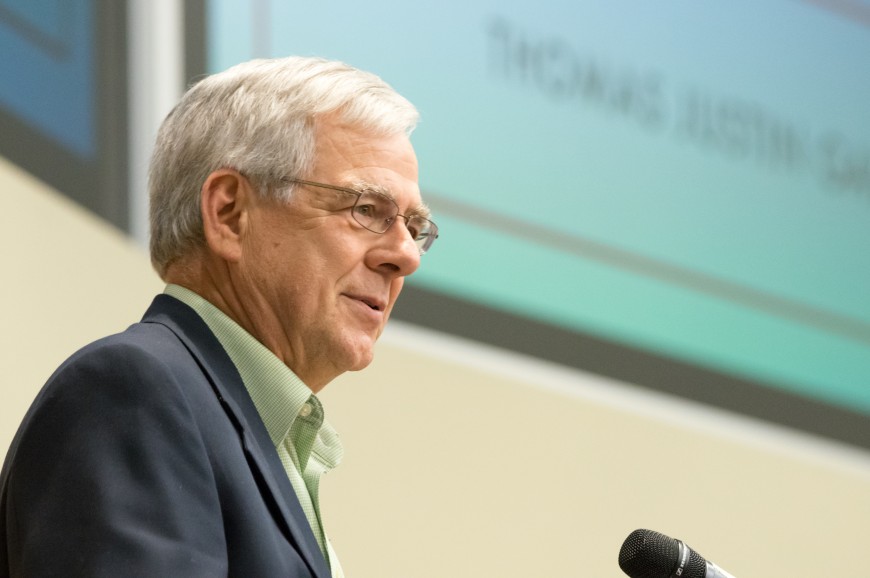 Landscape architect and natural resource planner Tom Gallagher translated his multidisciplinary SNRE education into a force for social good in rural Oregon. With years of experience at the intersection of communities and their landscapes, Gallagher developed the Ford Institute Leadership Program, which from 2003 to 2016 provided leadership training in Oregon’s small towns.

“The problem is that rural areas continue to lose their schools, clinics, libraries, and stores,” says Gallagher. “In the competition with urban areas, Oregon’s rural residents often lacked skills for organizing and serving as leaders.”

Supported by the Ford Family Foundation’s Institute for Community Building, the leadership program trained more than 6,000 people ranging in age from 13 to 93. Its classes and capstone projects brought together rural residents of diverse backgrounds, empowering them with problem-solving skills, an ability to dialogue effectively with people with different perspectives, and what graduates call “positive acquaintance,” a network of community leaders that enables joint action towards real problems.

Class projects exemplified this ethic: an ADA accessible trail at a local garden, renovated community basketball and tennis courts, and newly-constructed bus shelters are only a few examples. The improvements reflect the power of landscape architecture and natural experiences to connect residents to their communities.

The program’s impact has reverberated through the state. Many graduates are now involved in local politics as elected officials or appointed committee members, and roughly two-thirds of Oregon’s county commissioners are graduates. Former state governors and Oregon residents have noticed that the program has helped shift the political dialogue across Oregon from disorganized and confrontational to civil and action-oriented.

Gallagher has been honored as a W.K. Kellogg National Leadership Fellow, and in 2016 he received the Lifetime Achievement Award by the Hatfield School of Government at Portland State University.