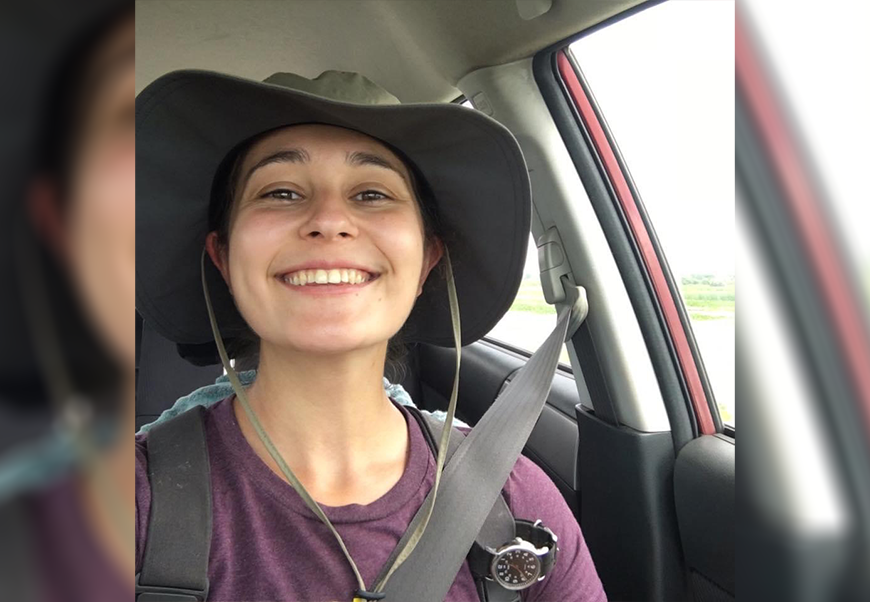 What did it mean to you to be named a Wyss Scholar? What were some of the activities and opportunities that held the greatest impact for you?

I felt very lucky to be named as a Wyss Scholar. Though I always confidently and deeply felt my passion for conservation work in the West, receiving this award grounded me in that passion. Unfortunately, I was named a Wyss Scholar right before the start of the pandemic and was unable to participate in any of the scholar events. That said, I have tapped into the scholar network on several occasions for advice, contacts, or other resources. Having this network has been very helpful, especially when I was beginning to look for post-graduate employment.

In addition to the “hard skills” I gained at SEAS (GIS, field sampling, statistics, etc.), I learned how to think about conservation issues. SEAS encourages students to consider all sides of a natural resource concern, and I believe this gave me a fresh perspective entering the conservation field. Most notably, my work now is focused entirely on wildlife habitat conservation on privately-owned lands in Colorado. Before coming to SEAS, I considered public lands to be the place for natural resources protection work. From my professors and courses at SEAS, I learned about both the ecological and social limitations of a tunnel-visioned focus on public lands conservation. SEAS helped me gain a more network-based manner of thinking about conservation, which has directly served me in this position.

What kind of changes have you observed in land conservation in the U.S. in recent years?

I have only been a professional in the conservation field for close to a year now, and so can’t speak very comprehensively about longer-term shifts in land conservation. However, I have become acutely aware, in my role as a Private Lands Wildlife Biologist, of the tension around water usage and allocations. In my position, I encourage and implement wildlife habitat conservation on private, typically working, lands in southern Colorado. This involves finding a common language and balance with the production goals of the landowner with whom I’m working. When there’s only enough water to serve one primary goal, crop production or wildlife habitat, it can get much trickier to find this common ground. As water becomes scarcer, I believe this will make land conservation more challenging. Protection of land is relatively easy, but keeping that land in a functional ecological state, given current conditions, is where I believe more and more challenges will arise.