Becoming a voice for the Milwaukee River 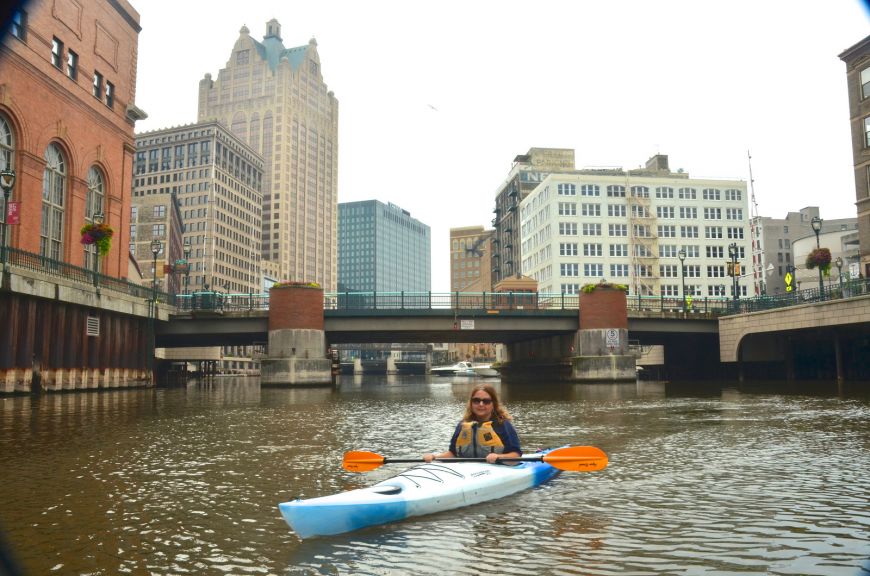 Navigating the currents of her own career through the Peace Corps, U.S. Forest Service, and a stint as a Forest Restoration Project Manager for the City of New York, Cheryl Nenn says she “finally landed” at Milwaukee Riverkeeper in 2003. As Riverkeeper, Nenn’s job is to identify sources of pollution to Milwaukee’s waterways, respond to citizen concerns, and work with a variety of partners to find solutions. Success stories include out-voicing moneyed coal tar lobbyists to inspire passage of the City of Milwaukee’s ban on the sale and use of coal tar asphalt sealants, products with high levels of polycyclic aromatic hydrocarbons (PAHs) that are known human carcinogens and toxic to fish and other aquatic life. Cheryl has also been instrumental in passing a zoning overlay district to protect eight miles of the Milwaukee River Greenway; advocated/litigated for major improvements in sewage treatment infrastructure resulting in fewer sewage overflows; successfully advocated for removal of several dams and fish passage impediments in her watershed; and created the award-winning Milwaukee Urban Water Trail. “There’s always going to be a need for advocates to protect waterways because pressure on the polluters is weak to non-existent,” Nenn adds, “We really need people to be voices for the rivers.” For her outstanding work as one of those “voices for the rivers,” Milwaukee’s Mayor Tom Barrett proclaimed March 24, 2017, as “Cheryl Nenn Day” during the city’s Water Week. Nenn believes that communication, both locally and nationally, is key in shifting hearts and minds—as well as policy. “I find myself going to a lot more common council meetings, community meetings, public hearings, and legislative hearings then I ever thought I would,” says Nenn, “I’ve had to become good at talking with the press and lobbying for good policy, while at the same time trying to stay on top of emerging science.” “One of the things that I have really appreciated from my SEAS education,” Nenn adds, “is the diversity of training that we received. Even though I concentrated in natural resource ecology and management, I use my policy and environmental law training on a weekly, if not daily, basis.”