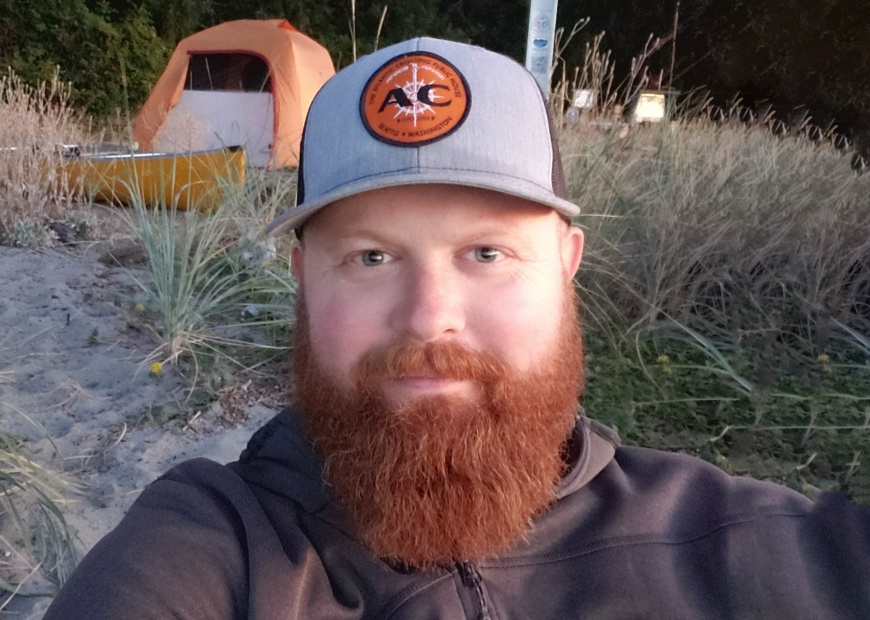 What did it mean to you to be named a Doris Duke Conservation Fellow? What were some of the activities and opportunities that held the greatest impact for you?

When I found out I had been named a fellow I was very honored. Many of the other students a year ahead of me that I admired were also fellows. I felt a part of a distinguished network of like-minded individuals focused on habitat. I felt I had found my “people,” despite moving across the country from Washington state to the Midwest. I had been recognized by our institution as a future leader, among many very excellent students. Additionally, the financial impact for me was, and still is, immense. I had rolled the dice that attending an out-of-state school, with out-of-state tuition, would pay off for me. I did not have any family support obtaining my BS or MS. And, I knew I was not going to enter a field post-graduation that would ever make me wealthy. But I was passionate about protecting and restoring habitat as a career. Leaving with a much lower loan to pay off was, and still is, a huge impact on myself and my family. And, I did in fact go on to focus on protecting and restoring habitat in the government sector. I have spent my entire career post-education in government and know I will not leave. I will be forever grateful to the Doris Duke Foundation for the support it provided me. I will continue to pay off that support.

The Doris Duke Fellowship provided many amazing opportunities; one in particular that I remember was a week at the National Conservation Training Center in West Virginia. All of the Michigan fellows traveled there together and met an amazing cohort of students from other schools around the country. A week spent networking and discussing conservation in an amazing setting like the training center was memorable.

The most impactful opportunity was the money that the fellowship made available for a summer internship. I was able to leverage that award to cover 50 percent of my salary with the Huron River Watershed Council. There, I led groups of volunteers conducting habitat surveys on private lands. These surveys would ultimately lead to conservation actions on the properties, be they easements to protect habitat or restoration of lands important for watershed processes. This experience has served me well in my career, as I have developed and led programs to fund and implement watershed protection and restoration. This includes managing $30 million of National Estuary Program funding over the past 10 years, which included a high-profile riparian habitat pilot program for the U.S. Environmental Protection Agency and Washington State Department of Ecology. My ability to bridge the on-the-ground implementation aspect of conservation to the state and federal policy and strategic investment decisions has been augmented by experiences such as the one I received with the Watershed Council.

Huge question! I don’t have time to cover it all. So many great experiences to speak of. I have to put a brief plug in for three things that have been the most useful to me in my career.

The master’s project experience, painful though it was at the time, was probably the most realistic and valuable one that prepared me for what it’s like to work with other professionals on a research project. I learned how to work with peers, where there is no clear hierarchy, to establish an approach to answering a research question, then implement that approach with all of the pitfalls that occur along the way. That’s exactly what most collaborative efforts I’ve been involved with look like, and I believe that experience prepared me well. Additionally, the research topic we took on is still part of my approach to working on watershed restoration today. We developed methods to assess the ways in which protected lands support stream function, including spatial landscape assessments. I lead the Puget Sound Watershed Characterization Project, which develops spatial indices of watershed processes and habitats to inform local land use planning, stormwater planning, salmon recovery planning and other areas important to watershed recovery in Puget Sound. I still use some of the approaches I developed at Michigan to assess watershed function today.

Additionally, I found that the coursework I took with Steve Yaffee and Julia Wondolleck provided many tools that have proven essential to working in state government on habitat conservation. Particularly around contentious issues such as ambiguous or changing restoration-based regulatory authorities, land use decision-making, and policies related to Tribal Treaty Rights. The facilitation, mediation, and conflict resolution tools I came away with have been a core part of my success working in habitat protection and restoration in the Puget Sound basin. I have recently been elevated to Puget Sound Recovery Lead for the Department of Ecology, in no small part due to the real-life tools SEAS provided me. Somewhat coincidentally, as I did not realize so at the time of taking the position, my work at the Washington State Department of Ecology for the past 10 years has largely been within the National Estuary Program framework of ecosystem-based management. I had the opportunity to work as a research assistant within SEAS’ Ecosystem Based Management (EBM) Initiative. There, I developed case studies on EBM, one of which featured the Narragansett Bay National Estuary Program. Some of that historical context of the NEPs, and the values the program brings to EBM in their estuaries, certainly are prominent in the Puget Sound NEP. It has been helpful bringing that context to my day-to-day work over the years. Particularly when I engage in funding decisions with NEP dollars which, due to their particularly flexible nature, are a critical leveraging fund for watershed restoration and protection in Puget Sound.

What kind of changes have you observed in land conservation in the U.S. over the course of your career?

One of the biggest changes I’m observing, at least in the state of Washington, but I believe nationwide, is the emergence of Tribal Treaty Rights as a conservation tool. Billy Frank Jr. and leadership that brought about the Boldt Decision established a new direction that tribes could take to influence state and federal actions that impact their treaty-protected rights to fish. This has led to the recent “culvert injunction” where the state of Washington was sued, and ultimately required to rectify fish passage barriers on state roads because of their impact on tribal fishing resources. More progressive local governments are seeing the writing on the wall of where this is going and developing their own plans to address barriers and culverts within their jurisdictions.

Land use decision-making, which in Washington occurs at the county and local levels is, in my opinion, the next major push to expand interpretation of Tribal Treaty Rights and the obligations they establish for federal and state governments. In Puget Sound, with a comparatively robust set of treaties ensuring things like harvest, this evolution of the application of Tribal Treaty Rights is already bringing challenging discussions and management decisions, even among entities that are ultimately aligned with the Tribes desired outcomes for resource protection and restoration.

For some entities, like the Department of Ecology, the current lawsuits, and those projected or threatened to emerge in the future, can put our agency in a very awkward place. We are ultimately working to protect and restore Washington’s resources within the legal authorities we hold at a given time. But often those authorities can be in conflict with what Tribal governments are working to promote or change. This is actually a civil rights issue and is being discussed as such increasingly. Regulatory ambiguity can paralyze action while lawsuits are working their way through the process, commitments are made to avert lawsuits but lack the real capacity or clear authority to deliver, and implementers of conservation are forced to work within a very “messy” environment with competing messages being delivered to landowners.

I do think there are reasons to hope that these tribal challenges will force a change in certain key regulations that are necessary to protect and restore Puget Sound. We need clear restoration authorities that the Clean Water Act and State Pollution Control Act do not provide if we hope to recover certain habitats. We need more stringent state land use authorities to protect critical remaining habitat and ensure mitigation is effective and commensurate with the short- and long-term damage that will occur. And we need the true financial commitments from federal, state, and local governments to fund restoration and protection actions at a scale which will restore past impacts and protect future ones effectively. Given the tribes are sovereign nations which hold treaties with the U.S. governments to ensure things like fish harvest, an expanded interpretation of what those obligations mean, could provide the legal framework to force changes to our authorities that would otherwise not be an option to increase our ability to protect and restore Puget Sound and other habitats across the U.S.

Note: Prior to 2017, the School for Environment and Sustainability (SEAS) was known as the School of Natural Resources and Environment (SNRE). References to “SNRE” have been updated to “SEAS” to reflect the name change.