Damage control: looking back on the Deepwater Horizon disaster 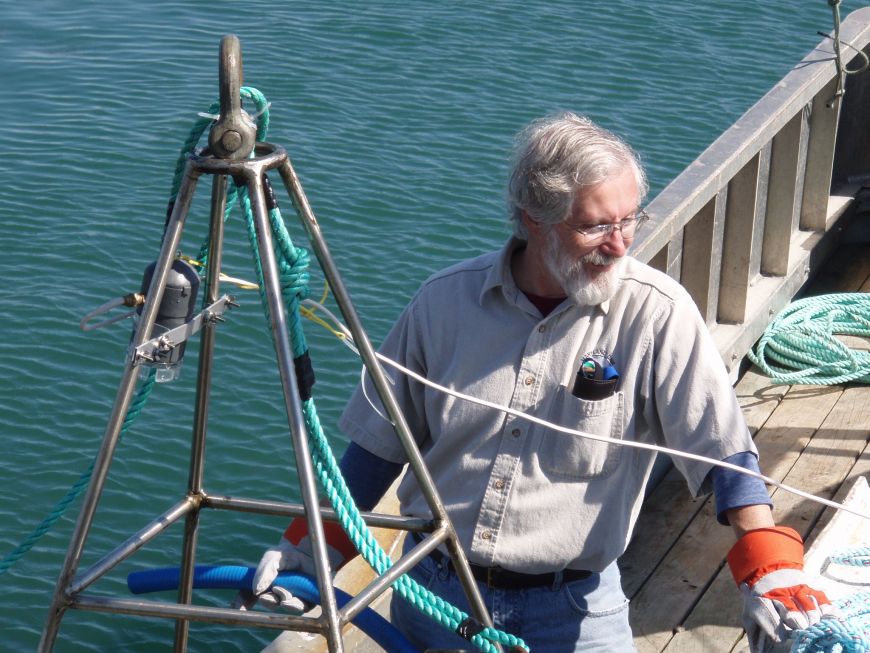 Pictured above: Ian Hartwell at work, with the Deepwater Horizon rig in the background. When the Deepwater Horizon drilling rig exploded in the Gulf of Mexico in April 2010, environmental scientists from around the country rushed to the site. One was Ian Hartwell, a marine biologist and toxicologist with a specialization in coastal ocean science and a long record of assessing water contamination. Hartwell is chief scientist of bioeffects studies in the National Status and Trends program in the National Oceanic and Atmospheric Administration (NOAA). Bioeffects assessments establish how much harm was done to how much of the Gulf habitat by measuring sediment chemistry, toxicity and biological community health. Sampling for the assessments requires extensive and careful coordination. “These are very complex operations,” Hartwell said, and usually take more than a month to plan and equip. With oil leaking into the Gulf at a rate estimated at 10,000 to 60,000 barrels a day, however, there was no time for careful planning. Scientists rushed to assess the entire Gulf Coast in a matter of weeks. “We would never have attempted such an ambitious project under normal circumstances,” Hartwell said. “It was all done on the fly and the pace was intense.” His team considered questions ranging from “Where are the nearest boat ramps?” and “What hotel will we sleep at tonight?” to “Where do we go if somebody gets hurt?” and “What are the priorities when things go bad or the weather blows us off the water?” The team worked intensely for 12 to 16 hours a day. “I figured it would be a mess and I was right,” Hartwell said. After the well was capped, Hartwell spent six weeks in the Gulf doing offshore sampling to determine the extent of oil contamination in the bottom sediments from all the top kill efforts and the vast amounts of dispersant injected into the plume at the well head. “We went all over the continental shelf and slope,” he said. “There is essentially a bathtub ring of oil on the side of the continental slope that extends for kilometers down-current from the well.  While we were out, I saw no whales, no turtles, no sea birds, and only one school of dolphins. For miles, everything that breathed air at the surface was gone.” Hartwell credited SEAS for preparing him to become a professional marine biologist. “I developed an interest in aquatic toxicology in the basement fish labs in Dana,” he said. “An appreciation of the realities of resource management and conflicting uses and benefits is still important.”