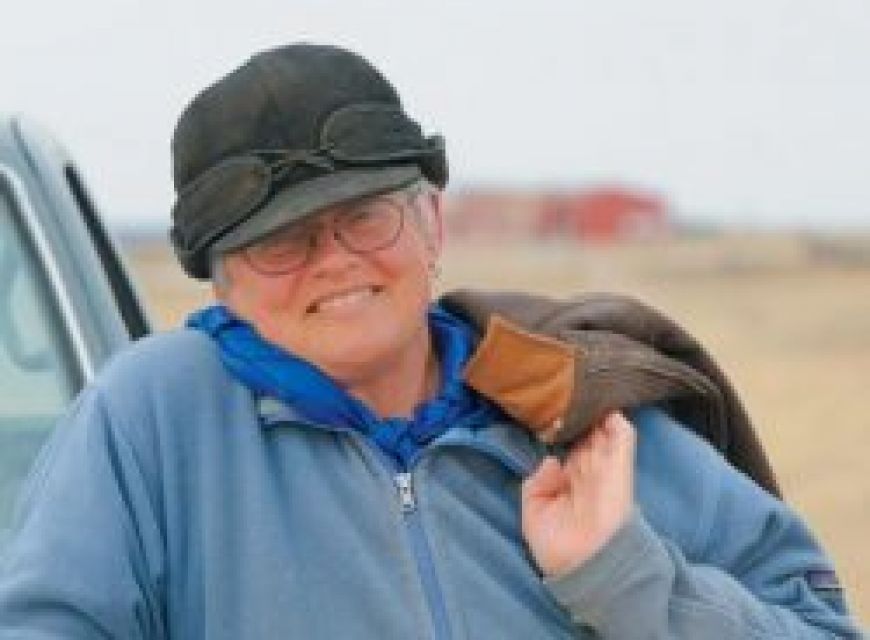 A lifelong grassroots activist, Jeanne Charter spent her life advocating for land preservation, renewable energy, and sustainable ranching practices until her untimely death in 2011.   Charter met her husband, Steve, while working for Montana’s Northern Plains Resource Council (NPRC) during the height of the 1970s coal boom. Founded in 1971, the council’s mission was to protect the land and the people who called it home from the destructive interests of then-unregulated strip mining.   NPRC was only the beginning of the Charters’ involvement with grassroots political organizations. Raising livestock became their primary occupation in the mid-’70s, but they maintained membership in the NPRC. They advocated for renewable energy use with Montana’s Alternative Energy Resources Organization and supported the development of a local market for Montana ranchers’ beef. They even fought the beef check-off program, a nationwide marketing and research plan to increase demand for beef, in court because they felt it was no longer accountable to ranchers, who were required by law to pay fees to fund it. The forward-thinking couple also brought a conservation mindset to their everyday lives. They installed solar panels that provided 90 percent of their home’s energy for the winter, practiced sustainable grazing techniques by rotating their cattle between fields, and used the residual material from pressing seeds for biodiesel as winter feed for their livestock. Charter wrote letters to the editor, voiced her opinion eloquently at public hearings, and routinely trekked to Montana’s capital to speak to state lawmakers about pressing issues. She was honored as a Farm Aid “Farmer Hero” in 2008, and she and her husband were recognized with two awards from the NPRC.   This trailblazer lived a progressive vision that made a critical difference in her community and the future of sustainable ranching. Inset photo courtesy of Larry Mayer.  Background photo by U.S. Department of Agriculture.