Labor of love: the father of Costa Rica's national parks 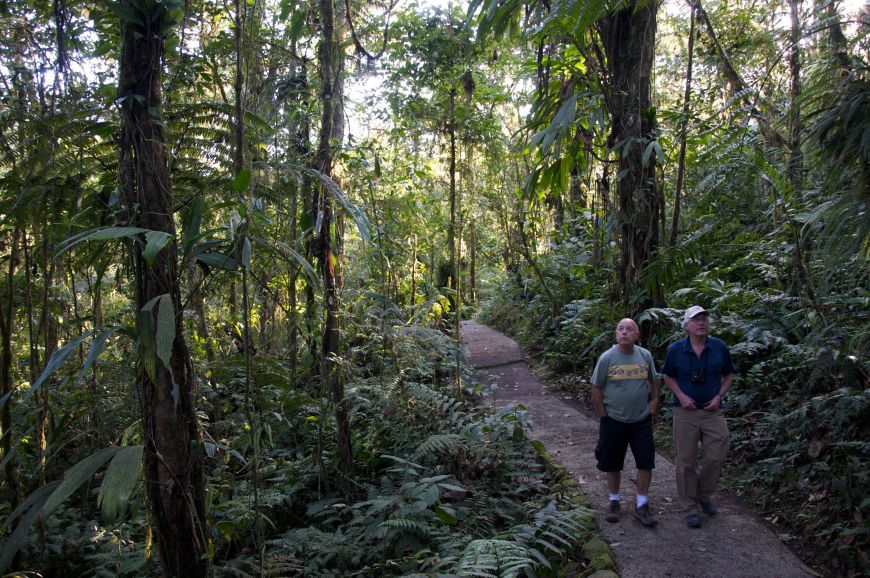 Biologist Alvaro Ugalde, widely recognized as a father of the world famous Costa Rica National Park System, remained active in the effort to preserve Costa Rica’s 26 national parks until his death in 2016. He advocated for Rincón de la Vieja amid pressure from the Costa Rican Electricity Institute to exploit geothermal energy, and for Corcovado National Park when gold panners and developers threatened the park’s integrity. In collaboration with Mario Boza, Ugalde successfully lobbied and achieved the creation of Costa Rica’s first national park, Poas Volcano, in 1970. Early on, this and other new parks faced the challenges of chasing out squatters, gold panners and hunters, as well as establishing an authoritative national park service presence to protect the land, much of which was still privately held. Pressing onward, Ugalde invited wealthy individuals and foundations to the parks so they could experience firsthand the wonders of Costa Rica’s wilderness. This initiative brought in millions of dollars in donations to buy up in-holdings in the parks. Despite the oases of the national parks, widespread Costa Rican deforestation continued until 1987 when then-President Oscar Arias won the Nobel Peace Prize for his work to bring peace to the warring factions in Central America. The publicity brought global attention to the natural beauty of Costa Rica. Millions of visitors flooded the country, ultimately making tourism the top source of foreign exchange income for the country. The parks became – and remain – such a magnet for tourists that conservationists are working to connect them with corridors of protected areas to ensure the proliferation of Costa Rica’s many native species. Today, a total of 166 protected areas, both public and private, are dedicated to the preservation of Costa Rica’s natural resources, a movement that began with and endured because of the tenacious Ugalde. Upon Alvaro’s passing, fellow SNRE alumnus Dennis Glick (MS ’81) wrote, "Alvaro is an example of how significantly one person can change the world." Cover photo and profile photo courtesy of Sam Beebe.