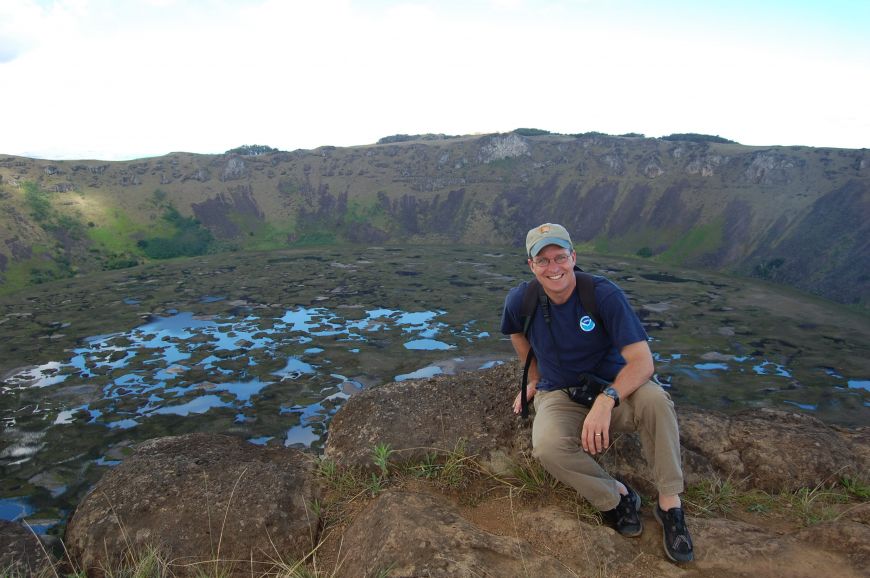 The United States has long been recognized as a pioneer of park development. Yellowstone became the world’s first national park in 1872, and the National Park Service (NPS) was established in 1916 to steward such national treasures. But the NPS also plays an important role in international conservation. “The NPS has a fantastic mission, and it’s much more diverse than most people realize,” comments Jon Putnam, an international affairs specialist for the NPS. “It impacts so many parts of the country and society.”   Putnam serves as the U.S. program officer for the UNESCO World Heritage Convention, which identifies sites of global natural or cultural significance and promotes international cooperation in their conservation, and he oversees all NPS work in the Western Hemisphere. The scale of Putnam’s position is jaw-dropping, but he thrives on the opportunity to impact conservation projects around the world. Putnam considers his crowning achievement to be the successful nomination of Hawaii’s Papahānaumokuākea Marine National Monument as a UNESCO World Heritage Site in 2010, making it the United States’ first large marine site and first mixed natural and cultural heritage site. Pronounced Pa-pa-hah-now-mo-koo-ah-keh-ah, the monument’s coral reefs provide a haven for more than 7,000 marine species, including the threatened green sea turtle and Hawaiian monk seal, and their protection is critical as we address the threat of climate change. In addition, islands located within the monument’s boundaries host several sites that are culturally significant for native Hawaiians.   The site’s value was further recognized when, in 2016, President Obama quadrupled the size of the monument to an area twice the size of Texas. It was Putnam’s work that helped bring international recognition to the site, ensuring the conservation of this global treasure. Putnam also played a critical role in preserving Waterton-Glacier International Peace Park on the U.S.-Canada border when it became embroiled in a long-standing controversy over proposed energy development in British Columbia. Through his leadership of the UNESCO World Heritage Convention and cooperation with Canada, an agreement was reached that permanently protects the Flathead Valley in both British Columbia and Montana, preventing downstream harm to one of America’s beloved national parks. Banner image by Ronen Zilberman, Associated Press