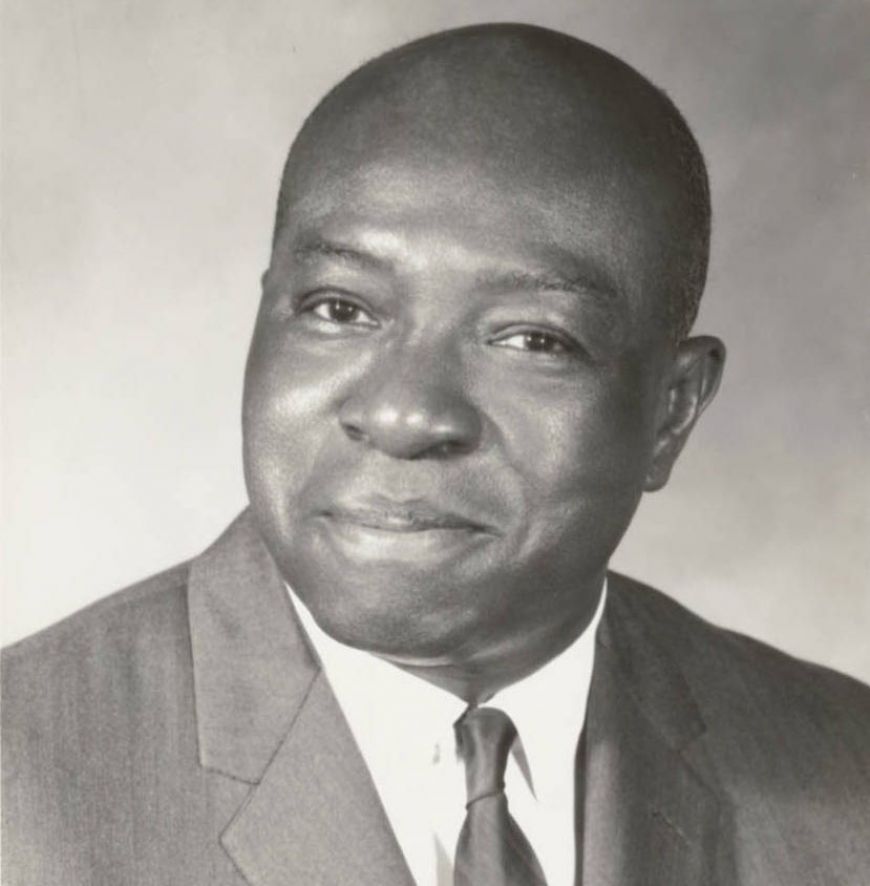 Pictured above: Theodore R. Speigner (at top) with the 1936 graduating class of the Martin Luther Institute. Photo courtesy of ELCA Archives.

Theodore R. Speigner was a vocal and inspiring advocate for increasing the presence and expertise of African Americans in the geography profession, particularly teachers. In addition to frequently writing and speaking out on the topic, he also led by example, in 1961 becoming the nation’s first African American to earn a doctoral degree in conservation when he graduated from the University of Michigan.

Speigner formed the North Carolina Central University (NCCU) Department of Geography in 1960 and served as chair from 1960 to 1975. Under his leadership, the department offered a bachelor’s degree with a teaching track. The first class graduated in 1964, and the program has since flourished to become the Environmental, Earth and Geospatial Sciences Department, offering concentrations in environmental science, geoscience, and environmental health.

Although he died in 1982, Speigner’s influence was no doubt felt in 1988 when the Association of American Geographers released the “Status of Minorities in Geography: A National Report,” which asserted that NCCU was the nation’s leading producer of black geographers.

By the time he studied at University of Michigan, Speigner was in his 50s and already a trailblazer for racial equality. In addition to his career at NCCU, he was active within the community, becoming the first African American elected to the Durham, N.C., school board and eventually becoming its chairman. Speigner also was the second African American to be ordained by the American Lutheran Church, and the first to serve on a policymaking group of the National Lutheran Council when in 1953 he was named to the Division of American Missions. He served as president of Martin Luther Institute in Tuscaloosa, Ala., and president of the Alabama Lutheran Conference in the late 1930s.