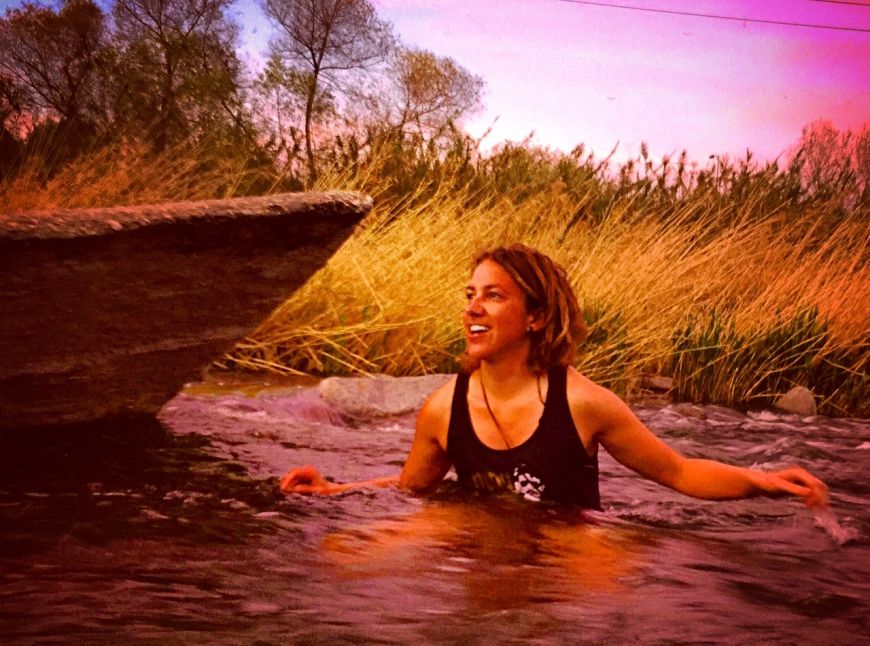 When she left Ann Arbor in 2013, diplomas in hand, Kat Superfisky moved 2,300 miles across the United States to Los Angeles – for a river. (Yes, Los Angeles has a river.) “To me, Los Angeles and its river provide the perfect laboratory for exploring how to rebuild cities – humans’ new natural environment – into more inhabitable places,” said Superfisky, who spearheads urban ecological design projects at Mia Lehrer + Associates and runs the nonprofit Grown in L.A.

Most Angelenos don’t recognize the L.A. River as a natural one, mostly because it visually resembles a highway. A once free-flowing arroyo, the U.S. Army Corps of Engineers channelized it with concrete in the mid-20th century to accommodate development expansion, provide safety assurance from flooding, and manage sewage-treatment discharge. Public access was prohibited, and it was bound with barbed wire, walls, and fences ­– transforming it from a beloved resource to one that has essentially become invisible.

For ecologists like Superfisky and many others working to revitalize the river, it has the potential to bring life to the city. But they need plants. Millions of plants. And herein lies the issue: locally, native plants are scarce. Landscape professionals and retail nurseries often truck in plants from as far away as Oregon when they’re needed for projects in L.A., a practice that increases transportation costs and emissions, outsources jobs, and decreases the plants’ survival rate.

Since 2014, Grown in L.A. has been pulling together a diverse and plentiful array of government entities, nonprofits, private organizations, and academic institutions to find ways to meet Los Angeles' urgent need for native plants.

The nonprofit is creating a network of nurseries on underutilized land in the region to grow the plants needed for upcoming river restoration projects. These nurseries will not only grow plants, but will also grow people ­– by engaging Angelenos in urban conservation efforts via educational and vocational training opportunities. Superfisky said, “Through my work, I hope to further the budding field of urban ecology, and help humans rewrite the stories we tell about ourselves and the impact we have on the environment around us into positive ones.”