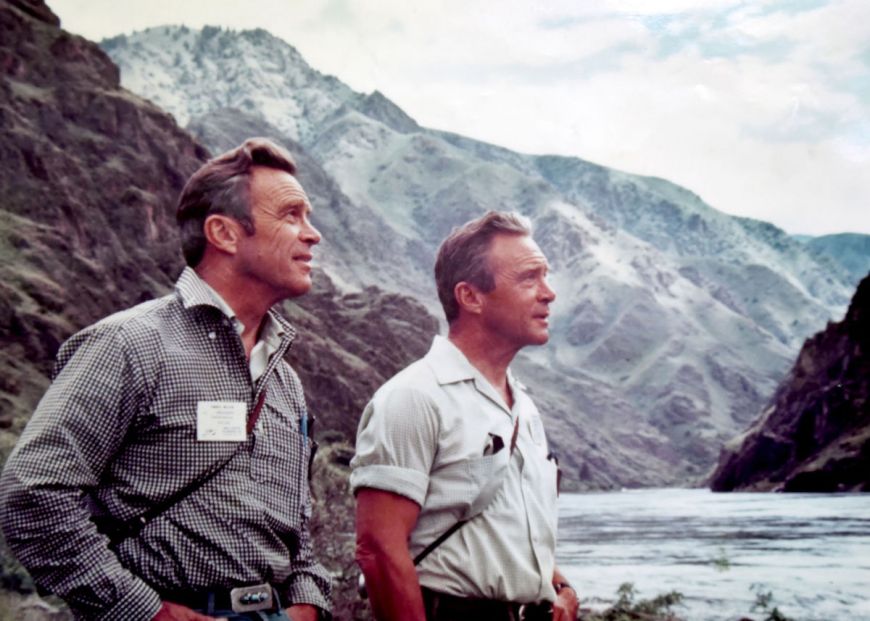 In 2007, the Washington Post dubbed them “The Brothers Wild,” a moniker that aptly reflects the lives and legacies of naturalist and conservationist twins Frank (1916-2001) and John (1916-2016) Craighead. Born in Washington, D.C., the Craighead brothers developed an early love of falconry and, by the age of 20, gained acclaim as correspondents for National Geographic with their article, “Adventures with Birds of Prey.” During World War II, the U.S. Navy called on the enlisted brothers to help create a survival school focused on the physical conditioning and outdoor self-reliance of Naval aviators. In 1943, the twins published “How to Survive on Land and Sea,” a guide that is referenced to this day. Frank and John are perhaps best known for their landmark work with bears in Yellowstone National Park, research that spanned 12 years and is credited with saving the animals from extinction. During this time, the brothers followed more than 600 grizzly and black bears and worked with colleagues in the fields of electrical engineering and radio operations to develop pioneering technology used to track the movement of large animals via radio transmission. Given the dangerous nature of working directly with the bears, the brothers also spearheaded the creation of innovative drug combinations for large-animal sedation. These innovations would later prove instrumental in tracking migration patterns and behaviors of a vast array of species from honeybees to humpback whales. Over time, Frank and John developed a deep conviction to protecting and conserving wildlife and habitats, particularly rivers. Heavily involved in national conservation efforts, they wrote much of the text for the National Wild and Scenic Rivers Act passed by Congress in 1968, cementing their legacy of environmental stewardship. Background photo courtesy of Jim Peaco and Yellowstone National Park.