A view from the top: North America's most drastically changing climate 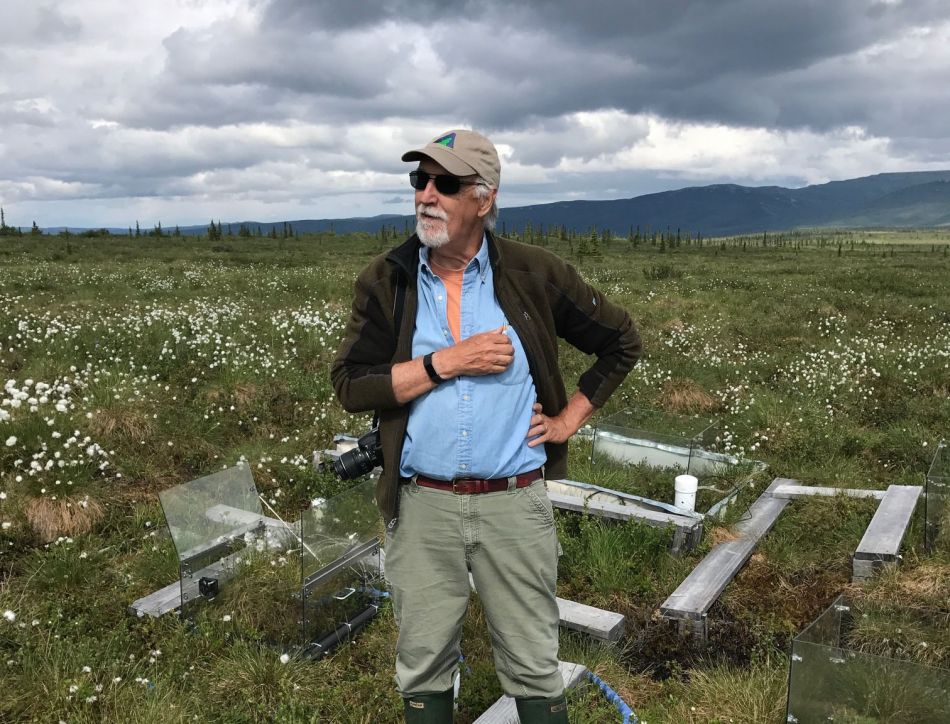 Climate change is unfolding at warp speed in the Arctic and Boreal region, with effects ranging from reduced Arctic sea ice and ecosystem alterations to thawing of permafrost soils and decomposition of long-frozen organic matter. Eric Kasischke, a professor of geographical sciences at the University of Maryland, is leading a NASA project to better understand the vulnerability and resilience of ecosystems and society to the impacts of climate change. The Arctic-Boreal Vulnerability Experiment (ABoVE) is a large-scale, 10-year field campaign in Alaska and western Canada run by NASA's Terrestrial Ecology Program. Kasischke developed the concept of ABoVE back in 2008 in response to NASA’s call for proposals to conduct scoping studies of the region — and he’s been part of it ever since. He is currently on a four-year assignment at NASA headquarters in Washington D.C., where he’s leading the ABoVE program. More than 500 researchers from the United States and Canada are peppered throughout the uppermost portion of North America, conducting fieldwork on forest structure, permafrost thaw, the exchange of carbon gases between the atmosphere and land, wildlife habitat and more. In addition to ground-based fieldwork, the ABoVE campaign takes to the skies, measuring the region from aircraft using highly advanced sensors. Nine planes outfitted with scientific instruments will map and measure forests and tundra. Data from these flights provide a critical link between the detailed measurements scientists can gather on the ground and the wider, but less detailed, views from satellites. Over the course of its planned 10 years, the ABoVE field campaign will gather data to better understand how environmental changes in the far north are affecting the local environment, and how those changes could ultimately affect people and places beyond the Arctic. “Because many of the satellite remote sensors developed by NASA provide data going back to the 1970s and 80s, ABoVE provides the capability to study important ecosystem changes at regional scales over the longer term,” Kasischke said. “NASA’s 8- to 10-year investment in ABoVE provides a unique opportunity to develop collaborations with researchers and scientists funded by other organizations, and includes a commitment to share the results of this research with stakeholders across the study domain.”