A warrior for conservation at Marine Corps Base in Hawaii 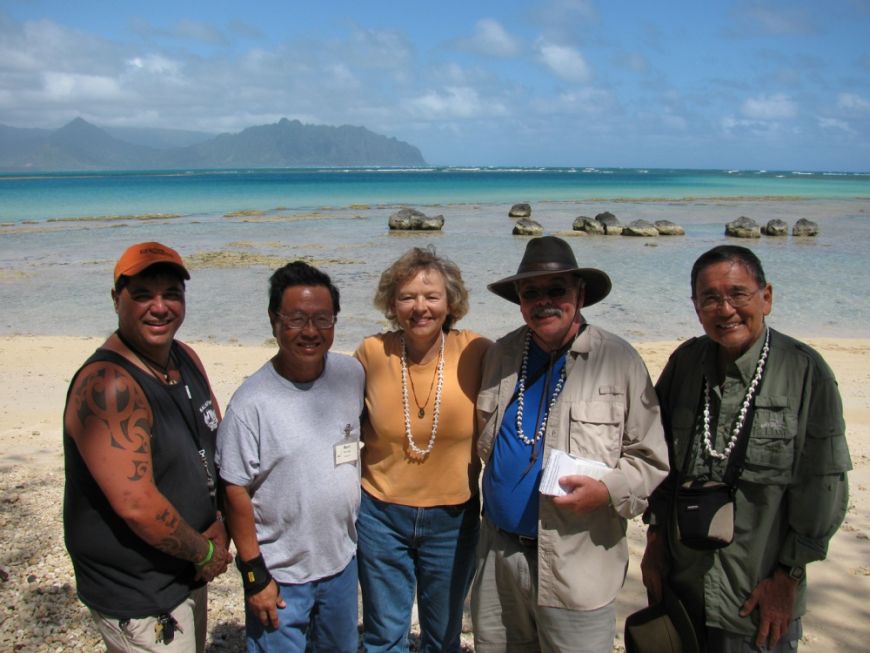 Diane Drigot (1948-2013) may not have been a Marine, but she was definitively recognized as a warrior for wildlife at Marine Corps Base (MCB) Hawaii. An ardent protector of native Hawaiian birds, Drigot was affectionately known to many as “the bird lady.” MCB Hawaii is the only U.S. Marine base with coral reefs, and its nearly 3,000 acres and surrounding waters are home to seven endangered species including the Hawaiian black-necked stilt and the Hawaiian monk seal. Wetlands constitute 128 acres of base land, and one the largest red-footed booby colonies in Hawaii resides within its boundaries. Drigot was an important steward for these unique national treasures. Over the course of her 30-year career at MCB Hawaii, Drigot was instrumental in building its award-winning Environmental Department from an initial staff of two. Driven to continually explore, Drigot’s colleagues characterized her as a walking dictionary on Hawaii, the marines, and conservation. She uniquely integrated modern scientific understanding with Hawaiian cultural views and values, and engaged communities to further stewardship and environmental protection while sustaining combat readiness.   She was passionate about developing events that simultaneously provided unique training opportunities for Marines and improved local ecosystem function. For instance, she facilitated the annual “MudOps” training, during which U.S. Marines use 26-ton amphibious assault vehicles to tear up invasive pickleweed in wetlands to improve endangered waterbird habitat.     Notably, Drigot was one of two women in the National Park Service to first wear uniform pants instead of a skirt when she served as a seasonal park ranger-naturalist early in her career. In recognition of her accomplishments, Drigot received more than 20 awards from such diverse institutions as the Department of Defense, U.S. Fish and Wildlife Service, Sierra Club, Native Hawaiian Civic Clubs, and Hawaii’s State Legislature, and she was one of six finalists for a 2004 Service to America Medal honoring the nation’s top civil servants.    This exceptional woman passed away in 2013 due to complications of a stem cell transplant to treat acute myelogenous leukemia, but her inspiring legacy speaks for her. Her contributions to conservation continue to make Hawaii – and the world – a better place.