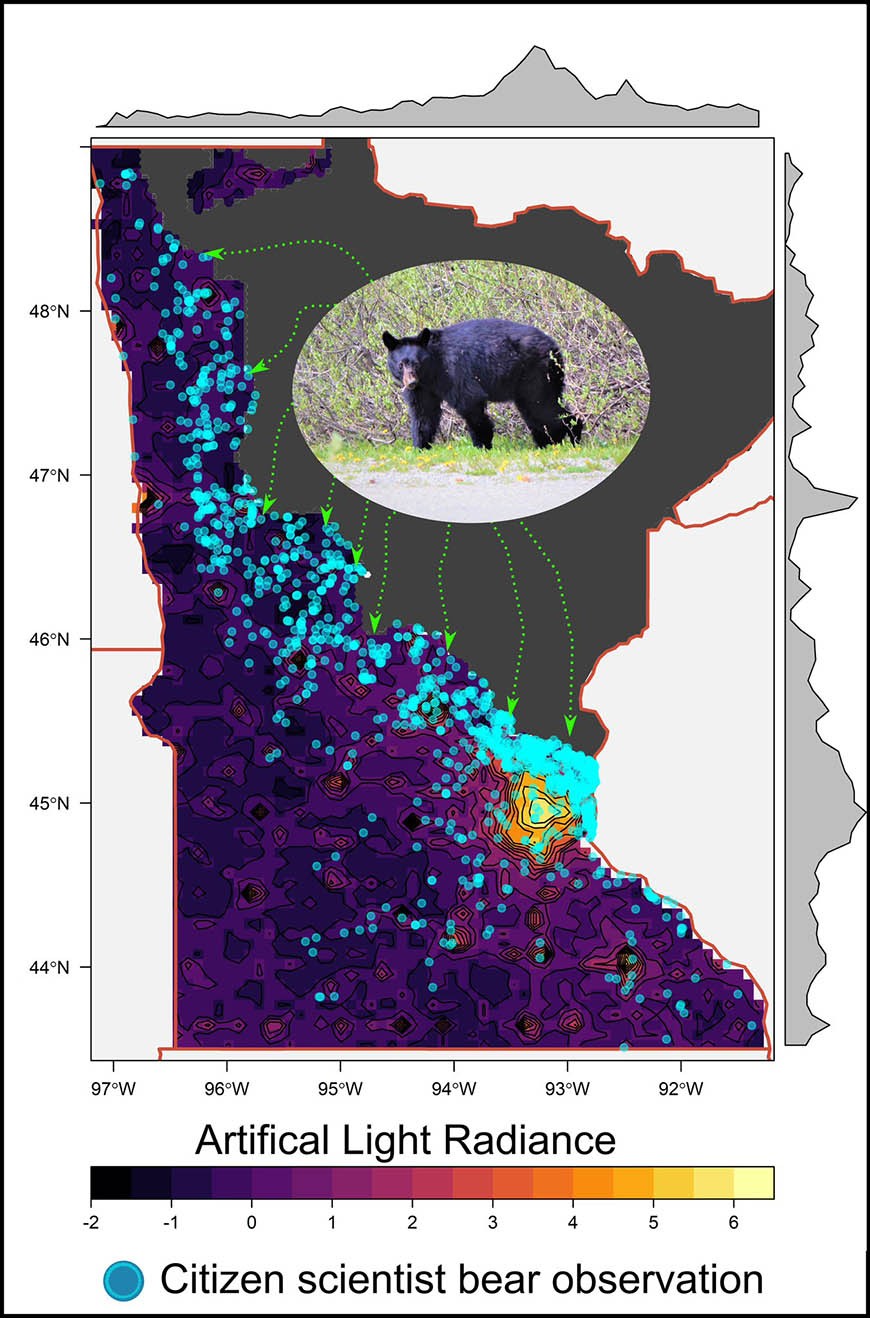 The research team collected observations of American black bears outside their primary range in Minnesota, USA, as part of a study to gauge population expansion. Participants from the public (citizen scientists) provided sighting locations of bears on a website. The team then used an occupancy modelling framework to determine how well ALAN accounted for the location of those sightings—compared to other commonly used metrics such as housing density.

The researchers found that the highest counts of bear sightings occurred in the highly illuminated suburbs of the Minneapolis‐St. Paul metropolitan region, though the bear population in another region with plentiful natural cover and low ALAN was estimated to be substantially higher. The ALAN data, Carter notes, was based upon NASA satellite-based measures.

Of special note: While the team was working on the paper, lead author Dr. Mark Ditmer was a postdoctoral researcher advised by Carter at SEAS.

The study, which underscores the importance of considering ALAN radiance when analyzing citizen scientist‐collected data, also highlights the ways that ALAN data provides a dynamic snapshot of human activity. The authors note that their findings may help to inform—and improve—future wildlife conservation efforts.

Learn more in the Journal of Animal Ecology.